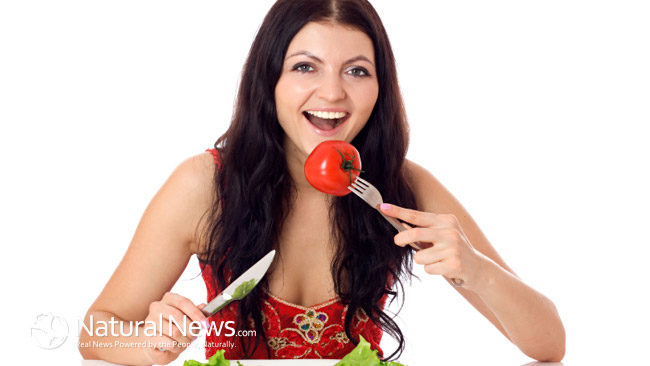 Keywords: diet and mood, Food and Mood, food and well being, fruits and vegetables, healthy eating, psychological well being, sense of purpose

Creativity at a standstill? Feeling without a sense of purpose in life lately?

According to a recent study, people who eat fruits and vegetables experience more pleasurable feelings of well-being that include a sense of purpose, creativity and curiosity than those who don’t eat more of such foods.(1) In other words, eating healthier has been linked to being psychologically healthier.

It’s no secret that eating fruits and vegetables is a wise choice. From the role aronia berries play in helping with weight loss to the cancer-fighting abilities of cruciferous vegetables like broccoli, consumption of such foods significantly boosts overall health.

This particular study reinforced previous findings that have shown that diets void of processed meats, refined grains and excess desserts can help fight depression (spinach, for example, is one of many foods that contains mood-boosting nutrients) however, it also delved into the psychological aspects behind feelings and food.(1,2)

New Zealand researchers involved in the study assessed over 400 university students for 13 consecutive days, all of them eating vegetables, fruits, fried potato meals and desserts.(1) During this timeframe, they also filled out a survey designed to examine their psychological flourishing and levels of curiosity and creativity based on their answers to a scale of “strongly agree” to “strongly disagree” statements.(1) “Today, I was engaged and interested in my daily activities” was one such statement that participants were asked about.(1)

“Eudaemonic” pertains to producing or being linked to feelings of happiness.

While the researchers agree that many of these foods nutritionally play a role in elevating mood, it’s evident that consumption of them also brings about feelings of positivity associated with a sense of purpose and overall happiness.

“Many fruits and vegetables contain higher levels of Vitamin C, an important co-factor in the production of dopamine,” the researchers say. “Dopamine is a neurotransmitter that underlies motivation and promotes engagement.”

Yet they also note that this “…study provides the first evidence that fruit and vegetable consumption may be related to a broader range of well-being states that signal human flourishing in early adulthood.”(1,3)