Why are We STILL STARVING? 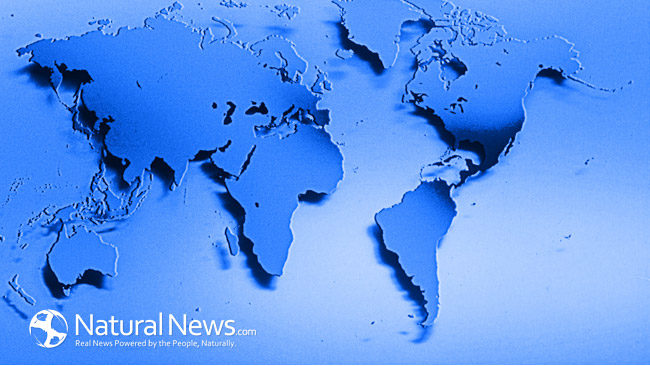 Astonishingly many places in the United States still have issues with food security. It is hard to believe that arguably one of the most influential places in the world still has many areas that have a hard time getting access to food sources. It was the argument that genetically modified foods were to help eliminate world hunger, why in the place where most of them are grown are we STILL STARVING?

A food desert is a place that is lacking in sources of vegetables, fresh fruit, and other whole food options (AMA, 2016).

Food deserts are known to take place in areas of impoverishment. A lot of times this area is described as a place where many people do not have a means of transportation and high quality food stores are not within a mile. It is not to say that these places do not have access to foods at all, however provide many options of sugar, fat laden, processed varieties. A place qualifies as a food desert when at least 33% of the areas population or at least 500 people have low to no access to a super market or grocery store. In these locations it is typical for the poverty rate to be 20 percent, and the median family income does not exceed 80 percent of the statewide median family income (USDA, 2016).

Currently an estimated 13.6 million people in the United States are living in areas that classify as a food desert.

It is projected that 75 percent of these location are urban with the remaining 25 percent being rural areas. Food deserts typically happen in low-income places, it is typical to see fast food restaurants closer than you will find a quality grocery store. a lot of this is due to the high risk of establishing a high priced store within these areas, this can be because of finical and security reason, as where crime tends to be higher in these locations. In recent American history 9 worst Urban food Deserts are; New Orleans, Chicago, Atlanta, Memphis, Minneapolis, San Francisco, Detroit, New York, and Camden, NJ (NewsOne, 2011). Food Desserts are located in high poverty areas and many times this affects minority groups.

Health implications of people in locations of food deserts have been noted as diabetes and obesity.

The main concern is the money it takes to build a high priced grocery store in a low-income area. This is the reasoning behind the lack of choices within the food desert locations.

Many programs are in the works to help establish healthier eating options in these locations. One of which is to establish a working unit of farmer’s market option that would be able to offer low cost fresh fruits and vegetables. Currently fast food options are available in these locations however it does not help the health of the population that live in the area. If a smaller scale grocery store were made available in food desert locations this would also open up job opportunities within the community.

This is an environmental justice because it is directly affecting the health of large population within the United States. Food Deserts are a real issue, and are present in many large cities. Food deserts are affecting low-population areas as well as people of color. This is of more concern because the health of people in this community are further damaged due to unsafe jobs, and other toxins that are typically in place in these unprivileged areas. Minority children in these areas are greatly affected because of their body’s desperate need for high quality nutrients to grow, and prevent disease. It is extremely important to help raise awareness to these issues and help provide those in need with nutritious varieties of food. Food Deserts could easily be eliminated or reduced with gardening programs put in place. This could be done on any spare land in the community or even at local schools. This would greatly change the communities perception on whole food options as well as increase education in nutrition and wellness.

Enjoy your Garden of Eating, help improve the lives of those who can’t.

USDA, (2016) Definition of a Food Desert, Retrieved from http://www.ers.usda.gov/dataFiles/Food_Access_Research_Atlas/Download_the_Data/Archived_Version/archived_documentation.pdf