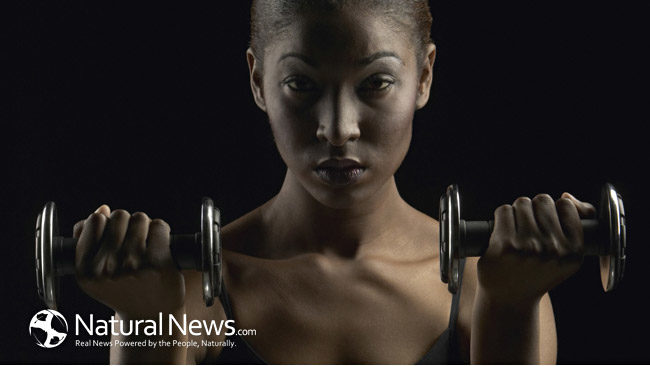 A new study conducted by researchers in the UK and recently published in PLUS ONE found that despite the health benefits and society’s emphasis on feelings of happiness assumed to come with weight loss, those who shed pounds may actually be more depressed.(1)

Researchers from the University College London followed 1,979 overweight and obese participants, 278 of which lost 5 percent or more of their initial body weight. A whopping 78 percent of people who lost weight reported having a depressed mood and even after factors such as serious heath issues or life situations which can lead to weight loss were adjusted, the depressed state remained at 52 percent.(1) Those with clinical depression or serious illnesses were not included in the study. Weight was checked by a trained nurse and depression was assessed by a professional questionnaire.(1)

Interestingly, depressed moods were in place even though the participants’ health had vastly improved due to their weight loss. “People who lost weight achieved a reduction in blood pressure and serum triglycerides; significantly reducing the risk of heart disease,” says senior author of the study, Professor Jane Wardle, director of the Cancer Research UK Health Behavior Centre at University College of London. “However, patients and doctors alike should be aware that there is no immediate psychological benefit and there may be an increased risk of depression.”(2)

Willpower and feelings of missing out

It’s thought that the intense amounts of willpower needed while losing weight can lead to a depressed state, as one struggles with the changes from a lifestyle they were used to for so long to one that is very different.

Another study author, Sarah Jackson, M.D., says that “resisting the ever-present temptations of unhealthy food in modern society takes a mental toll, as it requires considerable willpower and may involve missing out on some enjoyable activities.”(2)

Many psychologists are on board with this thinking, suggesting that previous eating habits that led to weight gain often have feelings of comfort and happiness associated with them, and that a departure from this creates feelings of loss that lead to depression.

Other ideas concerning the weight loss-depression link point to unrealistic expectations a person develops as far as anticipating more dramatic life changes after their transformation. “We do not want to discourage anyone from trying to lose weight, which has tremendous physical benefits, but people should not expect weight loss to instantly improve all aspects of life,” says Dr. Jackson. She notes that many weight loss commercials fuel this notion, portraying those who lost weight as being significantly happier and more successful, personally and professionally. When such happiness isn’t achieved as expected after the weight loss, depression can occur.

Another possibility is that some kind of unhappiness may have triggered the weight loss, constantly putting the person in a state of depression as their new body and way of eating/exercising serve as regular reminders of what prompted their change in the first place.(4)

Sources for this article include