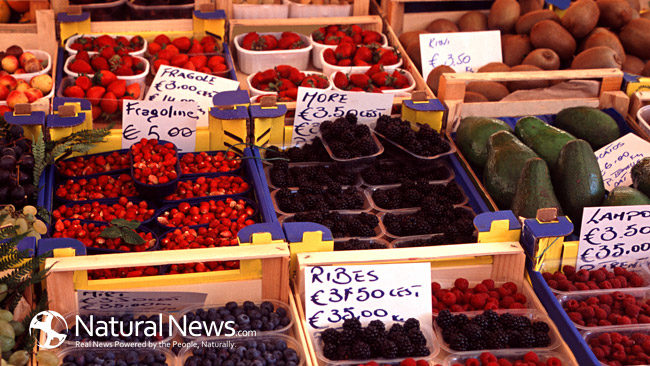 The salmonberry (Rubus spectabilis) is a plant native to the western coastlines of North America. It bears yellow, orange, and red fruits of the same name, which resemble raspberries in structure and were treasured by the American Indians for their sweet taste and medicinal properties. Salmonberries were often eaten with salmon, hence their name, although they are also called Alaskan berries, thimbleberries, and Russian berries.

What Salmonberries Do for Us

Unusually high in manganese – 100 grams of raw salmonberries contain 1.1 milligrams of manganese, which is 55 percent of our recommended daily intake. This is an absolutely gigantic amount, and few other fruits can compare to it. Manganese is an important antioxidant that regulates blood sugar levels, alleviates PMS symptoms, aids vitamin absorption, maintains the metabolism, improves digestive function, and – like all antioxidants – neutralizes free radicals. Therefore, if you suffer from diabetes, a sluggish metabolism, or digestive problems, salmonberries are a good choice of fruit.

Good source of vitamin A – 100 grams of raw salmonberries contain 10 percent of our RDI of vitamin A, which is one of the best nutrients for promoting superior vision. It also guards us from age-related ocular conditions like glaucoma, macular degeneration, and cataracts. Moreover, vitamin A maintains proper moisture retention in the skin, thus preventing psoriasis, acne, wrinkling, and keratinization (a process of skin hardening). Consequently, researchers consider salmonberries and other vitamin A-rich foods to be “anti-aging” foods.

Good source of vitamin C – Salmonberries are reasonably high in vitamin C (15 percent of our RDI per 100 grams), which is also an antioxidant and plays an important role in the production of collagen, the main structural protein in connective tissues. Proper amounts of vitamin C in our bodies ensure swift healing from wounds, healthy bones and teeth, and a good defense against illnesses and diseases (including the common cold). Vitamin C is also linked to reduced lead toxicity, treatment for hypertension, proper blood vessel dilation, and – like vitamin A – improved eye health.

Rich in vitamins E and K – You’re probably noticing a trend here: salmonberries are rich in vitamins. Yes, 100 grams of them also contain 1.6 milligrams of vitamin E (eight percent of our RDI), and 14.8 micrograms of vitamin K (18 percent of our RDI). We all know that vitamin E – most commonly found in nuts, oils, and seeds – benefits our skin and cells, but less is known about vitamin K due to its rarity. Vitamin K, in short, looks after the blood. It maintains a healthy clotting system, prevents the blood vessels from calcifying, and controls bleeding. Deficiencies in vitamin K (which are even more common than deficiencies in vitamin D) result in bleeding gums and noses, and blood in stools. Therefore, it is important not to overlook this essential nutrient.

Broad spectrum of trace minerals – 100 grams of salmonberries also contain between one and four percent of our RDI of calcium, iron, magnesium, phosphorous, potassium, sodium, zinc, and copper. Like all nutrients, these trace minerals work in synergy rather than isolation, and tend to the body’s natural processes. They also aid absorption of each other (for instance, magnesium helps us absorb calcium, while copper helps us absorb iron). This is why natural foods are always better than vitamin tablets; their nutritional profiles are self-contained and complementary.