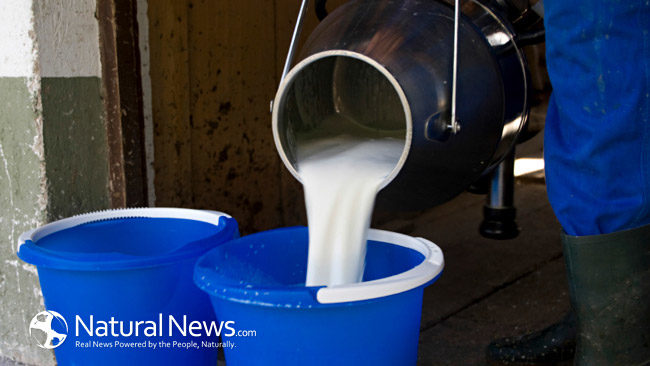 Raw milk is to blame for sickening 45 people in Utah with campylobacteriosis, a bacterial infection that causes fever and abdominal pain and diarrhea.(1) The sickening is linked to purchases of raw cream or milk at Ropelato Dairy in Weber County, which had its dairy license suspended on August 4 after samples were tested positive for Campylobacter bacterium and in light of ongoing investigations.(1) The sickness has impacted primarily Utah residents, however, two out-of-state individuals from California and Idaho are said to be ill as well.

“What we’ve discovered is that an employee had not been thoroughly cleaning the udders of the cows,” says Larry Lewis of the Utah Department of Agriculture and Food. “That is introducing contamination, manure and feces that are in that area into the milk, which is a major problem.”(1)

Interestingly, such problems in the dairy industry are outlined by Dr. Joseph Keon in his book, “Whitewash: The Disturbing Truth About Cow’s Milk And Your Health,” which can be read in more detail in a summarized breakdown here. (NOTE: affiliate link) In it, he details the less-than-sanitary conditions that many cows face all in an effort to produce milk, often in unnecessary excess and in extreme haste.

The shocking findings include udder-contaminated scenarios reminiscent of what is being said about this Utah outbreak; Dr. Keon explains that in many instances, animals stand among their own urine and feces due to improper proper flooring and drainage conditions, allowing the contamination to accumulate on their udders and, in the haste of producing milk, often go unnoticed or ignored by those in the dairy industry.

The Utah finding also puts the state’s “Raw Milk for Retail” law in the spotlight which pertains to Utah Rule R70-330, allowing farms to sell raw milk in retail outlets that are self-owned by the producer or that are sold for on-premise retail sale.(2) While allowed, it’s not necessarily endorsed; the state mandates that such milk must come with the warning on its label: “Raw milk, no matter how carefully produced, may be unsafe” and it’s otherwise discouraged.(2)

Additionally, the wording must be blatant, with letter sizing no smaller than 1/8-inch.(2)

Since 2009, 14 documented outbreaks of campylobacteriosis linked to raw milk in Utah have been noted, according to the Utah Department of Agriculture and Food, causing over 200 people to become sick.(1)