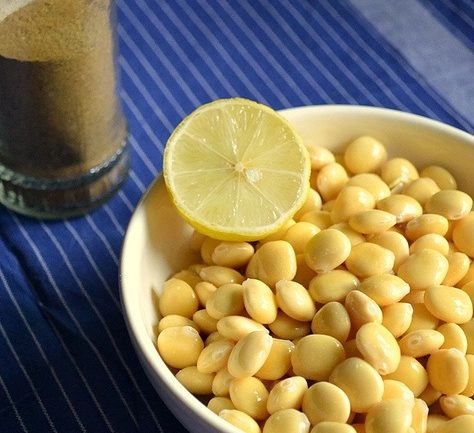 If you are aware of the problems in consuming soy, you would definitely have stopped eating soy in the last few years. You are probably checking food labels not only for chemicals, but also for soy. Soy has been pushed onto the market for years as a healthy source of protein, as a key ingredient for vegetarians and raw foodies in replacing animal protein. Soy milk has been praised as a great alternative for your baby – almost every snack and every dish consumed today contains soy. Already many meat products such as burger meat and minced meats are mixed with soy products.

Soy has been pushed in terms of food power worldwide. With oceans getting more and more polluted, fish are vanishing at a rapid rate. It is an economic long term plan to promote a non ocean based food protein – soy. Quite a smart move, as once oceans are empty, we will need an alternative protein source for millions of people.

So what lies closer in our money based world than pushing a product in control of the cooperations?

Soon all soy in the world will be GMO, or maybe it already is to some degree. Who knows? In countries where a big part of the daily food is traditionally soy, most soy is already imported. This way it is easy to control the market. Once the ocean has even fewer fish this will be even more the case. The market for soy will basically double in no time – this will happen sooner than most of you can even imagine. Fast food chains opening in every remote village are providing the outlets to sell this soy already.

In Western Countries, soy is added to everything from cereals to cakes, from your protein bar to baby products. The impact on human health is clearly visible. More and more men are growing breasts, sex drive is dwindling, obesity and infertility in men and women are just a few signs which can be easily linked to soy. Early puberty in kids – as early as 8 years old in girls for their first menstruation – is already considered normal, but normal in what sense? About 100 years ago puberty in girls was around the age of 14 – 16 years. It went down to 12 years of age about 50 years ago, now it is occurring at 8 years of age. Will we soon have 5 year old girls menstruating and doctors again telling their parents, this is quite normal? Yes, chemicals do have an influence on this too, but how is it that many issues rapidly change once someone is put off soy products? One does not have to be a scientist to make the connection.

Soy based food does not just have bad effects on the body. Soy does have lots of plant based protein. Miso and Tempeh is believed to aid your body from nuclear radiation – after the Hiroshima bomb, the Japanese managed to lower cancer rates by eating Miso. Miso is a national food in Japan and a wonderful base to use for many dishes. Tempeh is widely eaten throughout Asia in many forms such as in curries, fried, as a snack, and also as a main meal. Both are fermented foods, which aid the digestive system and benefit the body. Millions of people consume Miso and Tempeh each day.

So we are presented with a big dilemma.

On the downside, soy has high levels of fat and estrogens, a fact hardly known in the alternative food industry. Too much soy can kick you off your healthy diet in a blink of an eye. Ironically most health food books today are using soy in all sorts of forms. It seems there has to be far more education done about the right use of soy and the downsides of it.

Now what if there would was a solution for this dilemma?

A far tastier solution? GMOfree? Lower in Fat? No estrogen? And there is!

Lupin beans, also called Koro Beans, are the answer. Slightly bigger than soy beans and with an incredible aroma. Lupin beans have even more protein per kilo than soy and can be used the same way. Countries like Australia have managed to produce lupin beans now in large enough amounts, so they can be exported to countries like Indonesia, where lupin could soon replace soy if consumers are aware of the benefits of switching from soy to lupin.

Could lupin beans be the way out of the soy crisis? Definitely – as long as we can keep them out of the GMO labs, it is up to us to make a choice. Ask your health food store for lipus beans, they will have to move into another direction if enough people are asking.

Lupin beans are finally going to be a solution to eat food like miso and tempeh again – as long as suppliers stay clean and clear on their production patterns – away from GMO. Lupin could be the new soy – a far healthier protein solution and perhaps a way to protect sea fish population in the long term

Ni Zain has been living in Asia for almost 20 years and is an expert in cleansing and detox processes, as well as healthy eating. She has written her first book called "The REAL Healthy Cooking Book - Part 1", and is now in the process of publishing it – while she was writing this book, she realized she had so much more to write about healthy cooking, so Part 2 & 3 are now slowly being developed. "Healing Women and Me" is another book in the works - a wonderful guide for women on how to live healthier in our modern world, with incredibly inspiring photos from women around the world, but mostly from Bali, where Ni Zain has been living for many years. Ni Zain has published many articles on www.baliforkids.com Magazine and is a holistic voice in her community. Her work is based on a healing philosophy of body, mind and spirit: Only if all three are in balance can we live a healthy and happy life. Ni Zain is an Access Consciousness Practitioner, telepath, spiritual healer, life style coach and works also on repairing DNA in humans and plants. She believes all diseases can be cured with a fully holistic approach. A large part of her teaching is about prevention, rather than cure. "The 5 Pillars of Self Healing" - another book in development - will open a full self healing program for everyone, based on the 5 Elements of Life. You can read more about Ni Zain on www.nizain.com or on her facebook page www.facebook.com/ni.zain.7