Life, liberty, and the pursuits of Vasile Dahorea. 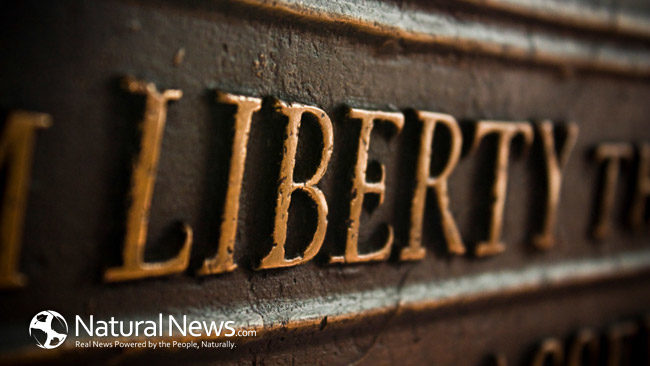 There’s an old saying in Romania that roughly translates into English as, “No one knows where the shoe pinches, but he who wears it.”

Way back in the year 1914 as the world slipped into war, a child was born in the Romanian town of Voinesti. His parents chose to name him Vasile, which could mean either Basil or King, though personally, from a knowledge of Vasile’s entire life, I choose to call him King, for nobility could easily have been his middle name.

Life for the young Vasile Dahorea was pretty much the same as other local kids, until he reached his early teens, when he was suddenly struck down with a mysterious illness. One by one the symptoms departed until the day he and his family realized there was just one symptom remaining. He had lost the proper use of his legs.

Nonetheless, Vasile being a noble sort, pushed ahead regardless. He regained mobility, though solely in part. For the rest of his long, fruitful, and happy life throughout the surrounding regions of Voinesti, he would walk with his knees almost touching his chin, and his bottom near scraping the ground in a low squat.

The rural districts of Romania, both in Vasile’s youth at the turn of last Century, indeed up unto the present, were desperately poor, and perhaps, at least to this observer, poverty may have been Vasile’s saving grace, for all the folks in the poor regions had no alternative than to seek natural cures from the forests and plains of Romania.

Subsequently, and despite his physical shortcomings with year upon year of walking in a squat crouch, and his vital organs under constant pressure, Vasile continued on unto the year 1996. At 82 years of age Vasile peacefully passed away, and all that remained as a testimonial to a great and victorious man’s life, was one photograph of himself taken by a traveling photographer, who noticed on passing through Voinesti one day, a little crouching man alongside a horse and cart. The cart filled with chopped wood. Vasile was approached by the photographer who asked for his consent to have his portrait taken, and surprisingly Vasile agreed.

Yet the portrait was not all that remained as a testimonial of strength and fortitude. Vasile could also proudly present his wife and six happy and healthy children that he failed not to boast of. Actually, a seventh child was on the way but it tragically died on delivery.

From what I’ve personally ascertained, his favorite child was named Angela, and Angela loved Vasile possibly more than the others, for each early morn she would join her father and travel in his cart for the daily cycle of wood collecting and delivery, a round distance of more or less 40 to 45 miles.

On weekends Vasile would buy candy for the kids, and his much loved horse a little more to fill its nose-bag.

Vasile enjoyed his working life unhindered by bureaucracy. Romania had not yet entered the European Community. He paid no taxes on his income, and received no dubious benefits from the state of Nicolae Ceausescu, an evil dictator who was four years younger than Vasile, yet met his just fate seven years before Vasile passed away. The lives of both people were of stark contrast, much as the differences today in the US, Canada, England, Australia, etc, between normal hard-working folks and the sociopathic megalomaniacs grasping the tiller of each nation.

Some things never change because most folks neglect to learn from history, that the best things in life are free, and the worst comes with an exotic price tag attached to a garment of democracy we call “death and taxes.” Vasile faced the former with the utmost dignity, and escaped the latter by the skin of his teeth, for had he still been alive today he would not be able to work to feed his family.

The horse and cart are banished by law from the highways and byways of Romania, and Vasile’s much loved steed would, no doubt, have joined its brothers and sisters as additions to the “beef” food chain of Europe. Horse DNA has recently been discovered in many parts of Europe in beef burgers and the rest.

Vasile would also have been subject to taxation, rendering his paltry income too small to continue making, and besides, without horse and cart he would have to buy a truck adapted for his disability. Then the cost of motor insurance and the prohibitive cost of gasoline. Then the restrictions on who can manage the forests, would find him having to pay for a permit to do what was always free in his own lifetime.

The small, flat roofed bungalow he lived in, humble as it indeed was, he wholly owned. The term mortgage was not familiar to him. As freedom goes, Vasile was freer than most of us are today. Wood stove and oil lamps saved his family from power bills. And they never owned a TV or radio. No water bills either, for Vasile had a fresh water well at the bottom of his garden. Some surrounding land belonged to him and it was grazed upon by sheep, and the sheep were followed around by chickens. They grew all their own fruit and vegetables, all of which could be bartered for much needed items without using cash. Yes indeed, Vasile had it all.

Periodically while in towns someone would take pity on him and offer some money. He always declined, refusing all forms of help. His horse, his cart, and the hand he grasped an ax with, were all he required to keep a roof over his family’s head and a daily meal on the table.

“Learn from yesterday, live for today and hope for tomorrow”
– Thomas Jefferson.

I’m sure Vasile would share my view that in this day and age the word “progress” seems improper, and indeed redundant. Freedom of choice for his life, his liberty, and subsequently his pursuit of happiness, would be unattainable. And social democracy would consign him to a life he would not wish to continue. Vasile learned from the past, lived for the day, but in this day and age would hold no hope for tomorrow. He lived in far better times according to his condition.

He was a grand advocate of natural cures. Not once in his entire life did he enter a hospital or visit a doctor. Should a family member or friend fall ill, Vasile knew where to go, what to collect, and how to prepare it. He lived closer to the soil than most, and understood the wonders of nature.

Angela, his favorite child, later married a young local Romanian man named Radu, and when her father Vasile passed away herself and Radu had 2 children, a girl and a boy aged 4 and 2 respectively. In later years Angela, Radu and their kids were to depart Romania in search of a richer life, though “richer” is a term open to intelligent discussion.

Radu was not an orphan, but he was educated in a local orphanage where he learned his three R’s and some little extras. Extras not taught by the professors but by the orphaned pupils. One day they showed him how to make a radio from part of an old telephone receiver. They unscrewed the earpiece, took out the wires and unit, then attached one wire to an overhead steel water pipe. With some extra wire attached to the other terminal they stuck it into the ground outside and immediately Radu heard music from the “radio.” Sometime later he installed the same type of apparatus in an old widow lady’s home, assuring her that so long as the wires were attached, the radio would broadcast for free throughout eternity! You see, as with Vasile and his family, the old lady had no electricity.

“When you are educated, you’ll believe only half of what you hear.
When you’re intelligent, you know which half.”
– Jerome Perryman

What Jerome Perryman stated above became etched in my psyche forever when I visited Cuba some years back. I discovered a sea of ingenuity to overcome the poverty and lack of resources facing the people. As with Cuba, and indeed Romania, the world is full of desperate people who, though uneducated, learned how to hone their natural talents into an intelligent format. They recognize needs and learned how to fulfill them.

Vasile Dahorea, before being laid to rest, was laid straight out in his coffin, which displayed the man, not as he was through his life, but as most of us are, with limbs and mobility, an upright human being. And although I made mention at the start that the only photo of Vasile in existence is the one you all have just seen, there could, during his wake, have been more, but due to the fact that the photographer the family had hired turned up pie-eyed, none of the shots he tried to take turned out. All of them were blank frames. At the time the family were sad to discover the drunken photographer’s failure. As the years flew by, they began to realize that it was a small mercy. Vasile would have preferred to be remembered as he was, and I tend to agree with them.

Vasile was a gentle giant in the spiritual sense. He taught the world how to be humble and to make the best of the worst possible scenarios.