Killing With Kindness: A Different Type of Stress 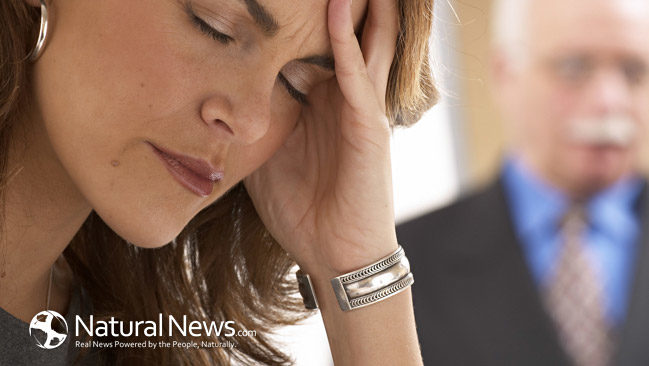 America is pretty stressed out. From overworking to worrying about money and bills, the country is packed with people at wits’ end.

And while worrying about stress is unlikely to help relieve it, the harmful health effects of stress are numerous and well-documented.

Much of the time, stress-sufferers have only themselves to blame: bad diet, inactive lifestyle, and misplaced priorities in terms of time-management and mental wellness all contribute to strained nerves, compounding problems where relief is possible. But in a growing number of cases, people under too much pressure are not only their own worst enemies, they are also unable to see any alternative.

Care giving is a severe, yet under reported, source of stress in the lives of many—and is set to impact many more in coming years. Baby Boomers are on their way to being the longest-living generation in history; or put another way, no prior generation has had greater access to life-extending healthcare, which means more people than ever before are living with chronic conditions.

From developing disabilities to undergoing debilitating treatment, there are many situations that pit friends and family as caregivers. While by and large, caregivers rise to the challenge and provide incredible service and support to their loved ones, their willingness to take on the caregiving role has one dangerous, unexpected side-effect: self-neglect.

Cynthia Marie Steinwedel, a nursing professor at Bradley University, published a study examining the long-term effects caregivers (in this case, all dealing with various forms of cancer) experience in their roles, and the results were simultaneously inspiring, and alarming.

“Once they began the caregiving journey, none of the caregivers were willing to give it up, especially after they became knowledgeable about the needs of their significant others.”

Regardless of prior training or emotional preparation, these individuals rose to the challenge and threw themselves into this new role entirely. Unfortunately, this same selflessness became a hazard. Putting all their attention on those they were caring for subtly transformed from generous to self-destructive. Instead of simply providing care, they began denying themselves any relief—after all, when someone you know has cancer, what do you have to complain about…right?

“Caregivers [in the study] were a resilient lot, but they were almost too good at hiding their needs and subordinating their needs to the needs of the persons with cancer for whom they cared.”

In fighting illness, caregivers become miserable not just because the enemy they are up against is ugly, but because they start defining their lives exclusively in relation to that enemy, and the victim they are trying to defend and support. The net result is that negativity becomes the overwhelming emotion associated with the role, and the entire time spent in the role.

“There were no themes that emerged from the data that were positive, such as personal growth or joy in living. In fact, when I mentioned these concepts to the first few participants in the study they were all adamant about their perspective that there was nothing positive about the cancer experience or anything related to cancer.”

Caregiving is important, and if it couldn’t be rewarding at times, professionals wouldn’t be entering the field. For those who life and circumstances thrusts into the role, the important thing to remember is to not let it become overwhelming. Yes, there is always more you can do, a new demand on your time, energy, and spirit, but judging your needs compared to someone battling illness or debilitating condition is not fair, nor does it justify neglecting yourself.

The circumstances that turn average people into caregivers are rarely positive. Unfortunately, recognizing the adversity at play drives many caregivers to embrace negativity, see only the downside, and forget that there is a life—maybe even joy—outside the burdens of caregiving.

There are many sources of stress that are broadly recognized, understood, and either manageable or avoidable. In the case of caregivers, emotional and physical stress are more than just the consequence of bad habits, laziness, or a difficult job: it is the result of protracted self-denial, of personal wants, needs, emotions, and consideration. This habitual suppression of feelings is often driven by guilt, and slowly leads to forgetting that caregiving cannot and should not replace personal health and wellbeing.

The greater challenge for friends and family who fall into the role of caretaker is not rising to the occasion, but rather remembering to take care of themselves, too.