Food and Supplement Sources of Vitamin B12 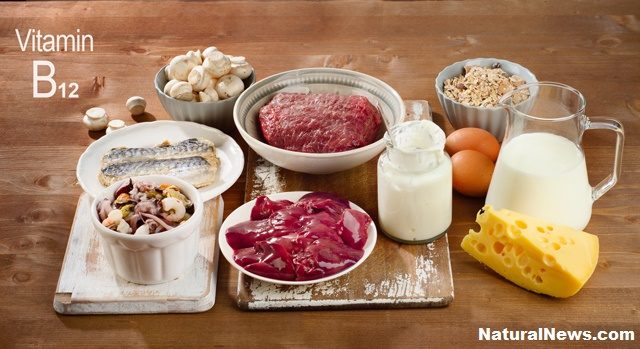 It’s often said, for most people, that B12 is generally needed to be obtained as a supplement, rather than from food.

I’m not 100% sure I agree with that, but today I want to share some of what I have learned about the various B12 supplements available, as well as different food options to obtain this much needed vitamin.

It’s commonly written that the very best way to get B12 as a supplement, is via an injection. The vial is filled with a liquid that is injected directly into the muscle. Most of the time, the patients that get prescribed B12 bring the vials to their doctors for the injection.

Another common way to get B12 is through the skin with some sort of adhesive patch. This is referred to as the “transdermal” method. Users often put a patch just behind their ear, so that it remains out of sight. This is also an area with a thin layer of skin which allows for more thorough absorption of the vitamin.

The third common approach to take B12 supplements is called the “sublingual” approach, which simply involves the dissolving of a tablet under the tongue. This is probably the most common approach, but considered by many to be the least effective since it needs to go through the digestive tract. It’s suggested that less is absorbed with this approach.

Now, going back to the injection method… all of the vials of B12 that I have ever seen use the cyanocobalamin form of B12. This is considered an inferior form because the body must go through a process before the B12 becomes usable, and it is also derived from cyanide, according to some sources. (1)

According to WebMD.com, “Cyanocobalamin is a man-made form of vitamin B12…” (2)

My mom has been seeing a doctor for an injection every time she has the need for a “B12 lift” as she calls it, for the past 15 years. She has been told she has pernicious anemia and will need injections of B12 for the rest of her life. She was also told that it is required to go to a doctor for the injection, and that she cannot do it from home. She has never measured her B12 levels, and has never tried to get to the source of the issue either.

This doesn’t feel right to me.

The other, more superior form, is called methylcobalamin. As Mike Adam states in his article on the topic, methylcobalamin “is the form that exists in nature, and it is pre-methylated, meaning it’s ready for your biochemistry to put to immediate use.” (1)

Most of the foods that are considered the “top sources of vitamin B12” are foods that vegans and vegetarians are meant to avoid. They are typically animal foods, or by-products of animals.

In fact, according to a doc on VegetarianNutrition.net, “milk, yogurt and cheese, along with eggs, are the only vegetarian food items that naturally contain significant levels of vitamin B12,” and that some “plant foods may be fortified with B12,” and “these include rice and soy beverages, plant- derived meat analogs, ready-to-eat breakfast cereals, and nutritional yeast.” (3)

Does Colostrum have Vitamin B12?

Colostrum, often called “pre-milk”, is given to the baby through the breast during nursing, at least for those lucky enough to have been breastfed.

According to a PubMed abstract, “Colostrum obtained within 48 hours of delivery contains high concentrations of vitamin B12.” (4) Of course, that doesn’t necessarily have a lot of relevance for our ongoing needs of B12.

However, many people are supplementing their diets with bovine colostrum, which is said to be acceptable for even those that are lactose intolerant, as it contains only small amounts of lactose. (5) At any rate, besides having a myriad of important vitamins, bovine colostrum is also said to support the immune system, and contain all essential fats, carbs, and proteins. (6) It reached a new level of popularity when Daniel Vitalis revealed it to the world with his Surthrival line or products, but apparently has been being used for health reasons well before that.

In the 1950s, colostrum was used to treat rheumatoid arthritis (RA), for example. (7)

Shiitake Mushrooms for B12

Another increasingly popular food, that is often referred to as a supplement, is that of the medicinal mushroom. A lot of times, these are taken in tincture form, or concocted into a tea, or as a combination of hot water and alcohol extraction.

Popular mushrooms that are making their way into the medicine and nutrition cabinet include: reishi, shiitake, and chaga.

Either way, as most people know, Vitamin B12 is critical for optimal health. There probably is no “best way” to obtain it. And whether you get it from foods (vegan or otherwise), from supplements (or whole foods like mushrooms referred to as supplements), from fortified foods, from digging in the dirt, or any combination of these methods, it’s critical to have a full understanding of the symptoms of deficiency, and its value to health.

I am currently supplementing with the Methylcobalamin form of B12 sublingually. I am going to check my levels next month to be certain I am at optimal rates. I feel it’s important to measure your approach to nutrition to be hopeful you aren’t just contributing to expensive urine.

Cheers to your superior health!

Sources for this article include:
(1) [Natural News] Vitamin B-12 warning: Avoid cyanocobalamin, take only methylcobalamin, by Mike Adams
(2) [WebMD.com] Cyanocobalamin (Vitamin B-12)
(3) [Vegetarian Nutrition] Vitamin B12 in Vegetarian Diets
(4) [PubMed] Vitamin B12 in human colostrum and milk. Quantitation of the vitamin and its binder and the uptake of bound vitamin B12 by intestinal bacteria.
(5) [SovereignHealthInitiative.org] Answers to the Most Commonly Asked Questions About Bovine Colostrum
(6) How Surthrival 6 Hour Colostrum Is Different – A Review
(7) [DrAvard.com] Colostrum, by Rebecca Frey.
(8) [The Polymathium] Vitamin B12 for Vegans Confirmed