Is Dermatomyositis Just Another Word for Gluten Intolerance? 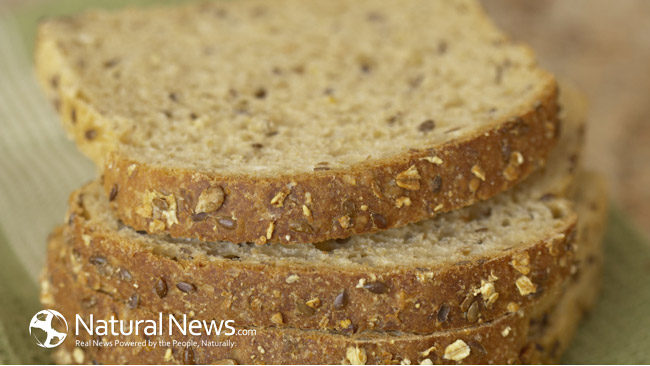 Chances are you haven’t heard of dermatomyositis. It’s an inflammatory muscle and skin disease that can cause skin rash, muscle weakness, difficulty swallowing, and a number of other symptoms. This disease is an autoimmune disease in which the body attacks its own muscles and skin because it doesn’t understand the difference between them and an intruder. For years, I was baffled by dermatomyositis after having been diagnosed with it at age 16. Then, after being told by a doctor that I was going to be on chemo for the rest of my life at age 21, I found out I was simply gluten intolerant with the help of an herbalist.

Could dermatomyositis and gluten intolerance be the same thing? Let’s take a look at what we know:

Gluten Intolerance Is an Autoimmune Reaction

When you eat food, the chemical components of that food are digested in your stomach and carried off into your body to nourish it. Without food, our bodies would eventually die because there’d be no nutrients to keep our systems running. When a person who has gluten intolerance digests gluten, the body treats gluten as if it is an intruder, much like a virus. The body then attacks the gluten, and since the gluten is being digested and shipped off to all parts of the body for nourishment in the blood, well, the entire body can be under attack in a matter of time.

Dermatomyositis Is a Rare Disease; Gluten Intolerance Is Not

The first case of dermatomyositis only goes back to 1975. That’s incredibly recent when you consider that people have been having problems digesting gluten for thousands of years. Dermatomyositis also has no real effective treatment. While I was put on chemo and heavy doses of steroids to suppress my immune system for nearly five years, I still struggled with muscle pain and its effects. There is no pain medication for those with dermatomyositis, so I was in excruciating pain the summer I turned 17 while also not be able to walk or feed myself. My muscle weakness was severe. I also had an irregular heartbeat. Gluten intolerance, while not being nearly as well researched as it could and should be, has an effective, lifelong treatment—stop eating gluten.

Diet and Autoimmune Diseases Are Connected

Diet is connected to everything, obviously, but its role in the world of autoimmune diseases should not be discounted. Much like gluten intolerance can cause the body to attack itself, so can dairy intolerance, nightshade intolerance, and other food allergies and intolerances. A thorough food allergen panel analysis done via a blood test can tell you if you are sensitive to any foods, and this test should definitely be conducted if you are experiencing any chronic pain or have an autoimmune disease.

No Blood Test for Dermatomyositis; Gluten Intolerance Can Be Proved

They can’t prove you have dermatomyositis. They take an educated guess based on your creatine-kinase levels and other components of your blood work, but there’s no actual test that says, yes, you have dermatomyositis. There is a test, however, that will prove whether or not you have gluten intolerance. The most accurate method of this testing is a stool test, but you can just as easily get a blood test. The blood test will measure the levels of antibodies that are present in your system, specific antibodies that are reactive to the protein gluten that may be causing your symptoms. I would argue that since dermatomyositis cannot be proved but gluten intolerance can, dermatomyositis doesn’t really exist.

As for me, the symptoms of my “dermatomyositis” disappeared after one week of going gluten free. Four years later, I continue to be symptom free and pain free. I do not have dermatomyositis, but rather a gluten intolerance. Are they the same thing?

Jenn Ryan is a freelance writer and editor who's passionate about natural health, gluten-free, fitness, and animals. Jenn loves running, reading, and playing with her four rescued rabbits. www.thegreenwritingdesk.com