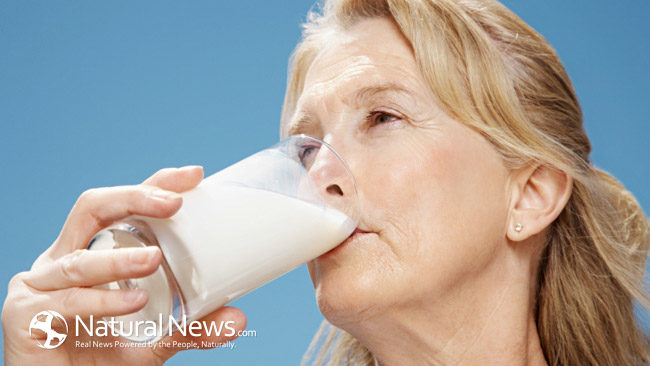 But a few have jumped out of the Medical Mafia matrix and reversed the long term horrors of Lyme disease with various alternative choices without any pharmaceutical antibiotics, albeit sometimes integrating them with alternative methods.

One Lyme disease sufferer took an extremely unusual approach that very would even consider.

Only a first name, Melanie, was used by the report from the site of The Healthy Home Economist, a site that goes well beyond public schooling HomeEc classes! Perhaps it was done to protect her raw milk source from being raided! [1]

After years as an active housewife and busy mom, Melanie came down with intense joint pains, weakness, and acute sensitivity to sounds and lighting. The stuff of neuropothy.

As her condition worsened and other symptoms plagued her, she was diagnosed with Lyme disease. Melanie was so debilitated that she was considered too weak for medical intervention. So she went on her quest for other solutions.

For a couple of years, she had tried several dietary and supplemental options that she had researched. But she continued losing weight and had very low energy.

Then she came upon milk fasting information from the Mayo Foundation of the early 20th Century, before it had become taken over by the medical mafia to become Big Pharma’s drug dispenser in Minnesota, the Mayo Clinic.

One of those documents, by J. R. Crewe, MD in January 1929, has been discovered, edited, published by the Weston A. Price Foundation and the website realmilk.com. [2]

It’s fascinating to read this and realize the milk used then was farm fresh raw milk to create an effective treatment for tuberculosis and other ailments by offering intense detoxification and nourishment.

Melonie found a farm close by that would sell her raw milk produced organically in large quantities. She fasted for 90 days on raw milk and homemade raw milk kefir only.

Upon her 90th day, after enduring one healing crisis after another, such as glandular pain and coughing up green phlegm during this difficult regimen, Melanie reported her recovery with renewed energy, skin color, and no more hair loss. The 25 pounds she had lost over the four year illness had returned.

This is not a Lyme disease healing recommendation. The point of this article is to illustrate the superiority of raw milk to commercially produced pasteurized milk, and how raw milk can improve health or even heal.

Melanie’s story just happens to be an extreme application of raw milk dieting for healing a difficult disease. There are a few more other raw milk fasting experiences reported than one would expect.

I am not a milk drinker, but I have used raw milk for my steel cut oats, coffee, and especially milk kefir drunk daily for over three years in Mexico, Austin, TX, and now raw goat milk here in Santa Fe, NM.

The woman who first showed me how to make milk kefir and gave me my first kefir “starter grains” had used it heavily as a supplement to cure her extreme colitis without pharmaceuticals.

You can observe the milk differences with this visually appealing and terrific comparison graphic.