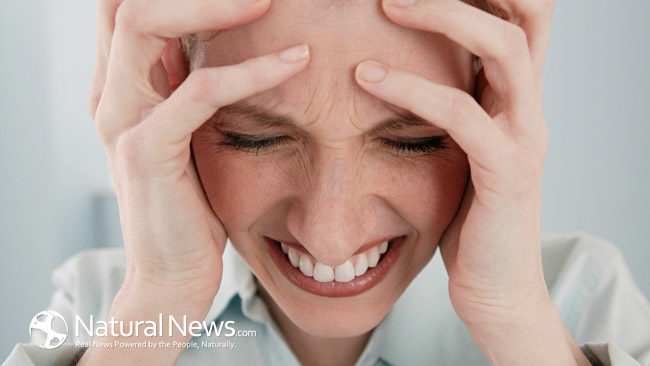 Our daily life, often, requiring us to work long hours and engaging us in some very tense situations with a little or no spare or leisure time to relax and disconnect, is to blame for rising levels of stress; a hormone known as cortisol that the body releases in response to a threat.

Releasing cortisol in response to stress is a leftover process launched when in front of dangerous situations we encounter on a daily basis. Cortisol speeds up our thoughts and helps release nutrients that our muscles need to use when reacting to a “fight or flight” situation. Generally, encounters that trigger cortisol are relatively short, and after things return to normal, cortisol levels drop.

Modern stressors such as money and work are ongoing problems and not as immediate as escaping from a hungry animal trying to eat us. This means that cortisol levels don’t level off quickly, leading to a nearly constant feeling of stress. Luckily, our body produces another hormone called oxytocin that is designed to decrease stress. Commonly referred to as the “love chemical”, oxytocin contributes to bonding; since we are social creatures, this feeling helps us relieve stress.

There are several other activities that boost oxytocin levels while decreasing cortisol production naturally.

Some people are “stress eaters,” meaning they eat to relieve stress. While this may provide a temporary stress release, overindulgence eventually leads to more stress. After overeating, you may feel guilty and begin to worry about your weight, which will lead to you stressing over issues such as your attractiveness and overall health.

Eating healthy also contributes to a healthy body that is better able to maintain balance, including between appropriate levels of cortisol and oxytocin. Certain healthy foods, such as dark chocolate, also reduce cortisol levels, giving you another reason to eat healthy to avoid stress.

Have you ever noticed that on the days you exercise you feel better and accomplish more? This is not an accident-working out burns cortisol and increases your body’s production of oxytocin. It also contributes to a healthy body and a feeling of well being, which decreases stress levels.

There’s a reason oxytocin is called the “love hormone”; your body releases massive amounts of oxytocin when you engage in intimate activity such as sex or breastfeeding. Since oxytocin is also associated with social behavior, it is also released during casual body contact such as hugging or holding hands. These activities don’t have to be with your lover, child or a human being at all; petting or playing with your dog raises your oxytocin levels.

Comedy originated as a way to show off intelligence to potential mates, also serves as a stress reliever. Laughter decreases cortisol levels and increases oxytocin production. Although it helps relieve stress to laugh with family or friends, sitting down and watching a silly movie or sitcom also has a beneficial effect on hormone levels.

We all know the old adage comparing opinions to an unsavory part of the human body, but for some reason, people still feel the need to post their opinions on social media (especially during campaign season). When one of your friends posts something inflammatory, the anger you feel triggers a release of cortisol and ups your stress level. In order to avoid this, unplug every so often and spend more time in “the real world.”

Relax with a massage

Not only do massages reduce physical manifestation of stress such as tight muscles and inflammation, they also make you feel good and pleasure. The physical contact you get during a massage also effects your hormone levels, adding to your relaxation.

Meditate and do yoga

You don’t have to take a vow to find enlightenment to lower your stress level using these ancient techniques. Doing yoga and meditating clears your mind and grounds you in the present, keeping you from being distracted by stressful thoughts. Yoga is also an intense form of exercise, meaning that while you are clearing your mind, your are also raising your oxytocin levels.