5 Powerful Herbs and Foods for Healing Your Digestive Tract 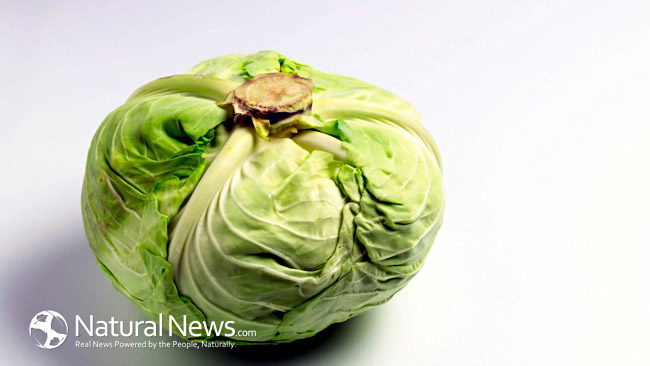 Recent research from a number of top universities is showing that digestive system imbalances might be the culprit behind persistent health problems and returning to good health could be as elemental as “listening to your gut.” In our prevailing culture of illness (a trillion-dollar worldwide sickness industry, according to the documentary Food Matters), western medicine focuses on treating symptoms with pharmaceuticals instead of addressing the underlying causes, which are frequently tied back to digestive system imbalances resulting from the overuse of antibiotics and introduction of toxins into the system from GMOs, processed foods, chlorinated drinking water, among others.

Non-GMO advocates like Jeffrey Smith and green movement pioneer David Sandoval point out that 100 years ago, all food was organic. Now, a majority of what we eat is grown in nutrient-depleted soil, contains highly processed, lab-created ingredients and is contaminated with genetically modified organisms, which are read by our digestive system as toxins. In response, our intestines attempt to shield themselves from damage by creating a layer of brown, or visceral, fat, which contributes to a compromised digestive system. This process creates a gastric disturbance and reduces the absorption of the essential vitamins, minerals and amino acids your body needs to function optimally, tipping the scales towards disease. Nutrient deficiencies develop that could lead to a variety of health problems and further weaken digestion.

It is no coincidence that both Traditional Chinese Medicine and Ayurveda, some of the oldest systems of medicine known to man, consider digestion to be one of the key factors influencing our overall health and wellness. These forerunners of modern medicine discovered through thousands of years of observation and clinical practice that a direct link exists between a person’s digestive health and their mental and physical wellbeing.

Most people are unaware that a significant portion of their nervous system is located in the intestines, known in the medical community as the “enteric nervous system” and more commonly as our “second brain.”  More than 90% of the body’s serotonin is produced in the digestive tract, as well as approximately 50% of the body’s dopamine. Furthermore, your intestines produce and co-regulate nearly 30 different neurotransmitters identical to those found in your cranial brain that are used by your central nervous system to regulate stress, mood, sleeping patterns, mental function and many other essential body processes. As you can imagine, an imbalanced, damaged or poorly functioning digestive tract—whether that’s the byproduct of antibiotic use, diet, lifestyle or simply over consumption of harmful foods—severely interferes with the function of this enteric nervous system and has been implicated in depression and other mood disorders, immune system disruption and many other common diseases that are usually ascribed to other causes. Although this enteric nervous system couldn’t possibly have been known to Ayurvedic and Traditional Chinese Medicine doctors thousands of years earlier, they clearly recognized that digestive issues affected the whole person—mentally, physically, emotionally and spiritually.

As such, healing, strengthening and rejuvenating the digestive tract should be a top priority for anyone seeking greater health and wellness. Given it’s central role in governing a number of significant bodily processes, your overall health is in large part a reflection of your digestive health.

The following five foods and herbs are powerful medicines that have been used for thousands of years for healing and rejuvenating the digestive tract. Combined with a high quality diet of organic, natural, whole foods, they can be a powerful catalyst for healing and repair of your digestion.

Ghee, or clarified butter, is considered to be one of the top foods in Ayurvedic medicine for healing and restoring weak digestion. Ghee balances and aids digestion by increasing assimilation, enhancing the nutritional value of foods. Butyric acid, a unique fatty acid, has been shown to regenerate epithelial cells in the digestive tract. Rich in antioxidants, ghee aids in the absorption of vitamins and minerals from other foods, feeding all layers of body tissue and serving to strengthen the immune system.
Most notably, ghee is said to stimulate the secretion of stomach acids to help with digestion. It heals the wounds in the mucus lining of the stomach and balances the acid level.

Comfrey is one of the most soothing and healing herbs for the mucus membranes of the mouth and digestive tract. It can be used for any kind of irritation or inflammatory condition of these tissues, including ulcers, irritable bowel syndrome, colitis, diverticulitis and diarrhea. The chief healing element in comfrey is allantoin, a cell proliferant that promotes the formation of epithelial cells, a tissue layer covering our organs, and has the property of multiplying healthy cells, not malignant ones.

Mucilage, found in the comfrey plant root, is more than just your slimy, grade-school glue. It is a complex mixture of polysaccharides that form a soothing gelatinous fiber when water is added and that moistens and strengthens your intercellular hydrogel after damage.

Slippery Elm is an herb native to North America and is derived from the inner bark of the Elm tree. Long used by Native Americans for a variety of ailments, its use as a digestive aid is probably the most popular.

Slippery Elm is very soothing to the entire digestive tract, as it forms a soothing film over any mucous membrane it comes into contact with. The FDA approved Slippery Elm as a safe, demulcent substance, which means that it relieves minor pain and inflammation in mucous membranes, such as the digestive system lining.

Slippery elm bark may ease gastrointestinal symptoms of conditions such as Crohn’s disease. Slippery elm’s soothing mucilage effect is useful for disorders of the gastrointestinal tract. The viscous fiber has several beneficial effects on digestion: reducing the amount of time digestives remain in the bowel; absorbing toxins from the bowel; increasing the bulk of stools, diluting stool materials, thereby reducing contact with the intestinal mucosa; and enhancing helpful bacteria processes in the intestines.

Aloe Vera has natural healing and detoxifying powers and works gently within the intestinal tract to help break down impacted food residues and thoroughly cleanse the bowel. It can help ease constipation and prevent continuing diarrhea, setting a regularity to the bowel. All this helps to reduce discomfort and bloating.

This anti-inflammatory juice is one of the finest body cleansers, cleaning the stomach, liver, kidneys, spleen, bladder; and is considered the finest-known colon cleanser. Studies have shown that it is healing and soothing in the relief of indigestion, heartburn, ulcers, constipation, hemorrhoids and diverticular disorders. Clinical trials in Japan indicate that certain compounds in the herb reduce the secretion of stomach juices and the formation of lesions.

Cabbage has long been used as a folk remedy for ulcers as well as generally restoring the lining of the stomach and intestines. Cabbage is high in glutamine, an amino acid; our body makes glutamine but it becomes an essential amino acid during times of illness or high stress. While most of our body uses glucose, a sugar, the lining of our digestive tract prefers glutamine as an energy source. Eating cabbage gives your stomach and intestines the food it prefers to replace and heal itself. Studies about cabbage extracts have found them to be protective against and healing to ulcers; it is hypothesized that glutamine is at least part of the reason for this. Glutamine content tends to be higher in raw cabbage, so a juice is preferable to cooked cabbage.

Fermented cabbage tends to develop strains of acidophilus and other bacteria that have been shown to function as probiotics, promoting the healthy growth of all the bacteria necessary for healthy functioning of the large intestine. Studies on kimchi, a traditional fermented cabbage product from Asia, have been shown not only to function as a probiotic, but also to inhibit the growth of h. pylori, the bacteria that has been associated with stomach ulcers.