5 Habits That Ruin Your Sleep 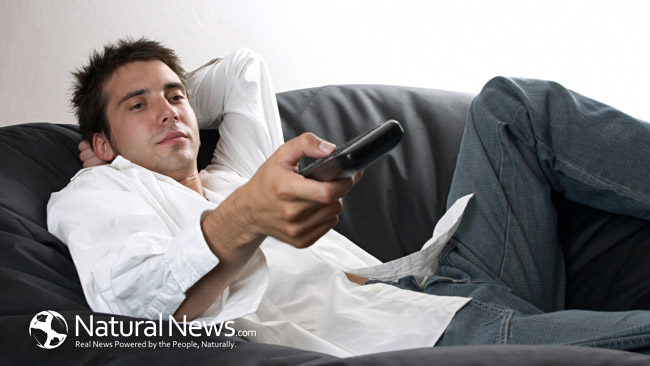 Almost everyone has trouble getting shut-eye from time to time, but if you’re having difficulty drifting off more frequently than that, lifestyle habits may be to blame. Keep reading to learn about five of those, plus how to change your ways.

Eating Too Close to Bedtime

If your stomach is too full when you’re trying to sleep, that can make it difficult to rest since your digestive system is hard at work. Aim to eat dinner several hours before bedtime, plus resist the urge to cave in and nibble on a midnight snack.

Some people have careers or other obligations that make it difficult to have early dinners, especially when cooking the foods from scratch. If that’s the case in your house, consider using a slow cooker and finding recipes that allow you to combine the ingredients in the cooker at the start of the day and come home to a dish that’s ready to enjoy.

Whether tuning into a favorite program or just flipping through the channels to see what’s on, many people turn to the TV when they want to wind down at the end of the day. However, doing that may actually make it harder to fall asleep.

Perhaps that’s because you’re dwelling on the latest plot development, thinking about the stories covered on a local news program, or just allowing yourself to get lured into programs that let you forget reality for a while. Also, the artificial light of a TV screen can prevent your body from producing melatonin, a substance that encourages sleep.

Try to limit your before-bed TV watching and use technology such as TiVo so you don’t have to feel deprived of can’t-miss shows just to get rest. Also, don’t assume the background noise of the television might make it easier to fall asleep. You might get startled awake by loud dialogue or a soundtrack just as your body was about to shift into deep sleep.

Sleeping Near Your Phone

Many people keep their phones next to the bed because it’s convenient. Like the bright light of a TV, though, the backlit screen on your smartphone might interfere with melatonin production. Also, keeping your phone too accessible during the night increases the chances you’ll get distracted by a notification or log in to check your e-mail during the wee hours.

Instead, switch your phone off but keep it plugged in so the battery will stay charged. Alternatively, wear an eye mask so there’s no chance of the light affecting your ability to sleep.

Not Having a Routine

When things make a child get out of his or her sleep routine, parents often deal with the aftermath for days. As it turns out, adults need routines too.

Certain rituals, like washing your face, applying hand lotion or snuggling into the folds of your robe, can all signal your body it’s time to start winding down. If you don’t have at least a few bedtime habits, it’s time to find a few and make them regular pre-slumber activities.

Caffeine can be great for giving a morning boost, but it has the opposite effect on people who are trying to get to sleep. You may not realize caffeine is a stimulant that can stay in your system for up to four hours. That means it’s best to lay off the coffee, Coca-Cola and chocolate in the evenings.

All the habits you’ve just read about are probably things you do every day. Fortunately, though, it’s not hard to make a few changes so you can avoid participating in behaviors that may be making it harder for your body to rest.