5 Great Foods That Can Reduce Your Sugar Cravings 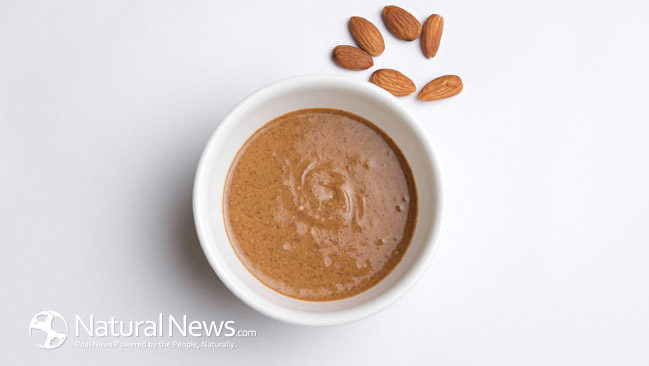 There is a growing consensus in the medical and fitness community that added sugars are a major cause of obesity, diabetes, and heart disease. That’s why many people are not only trying to reduce their sugar intake, but even experimenting with cutting out added sugar all together. The problem is that many researchers agree that sugar may be as addicting as drugs such as cocaine. If that sounds shocking, it’s important how sugar works on the brain and what causes the sugar cravings.

Sugar works by basically lighting up the reward circuits deep in the brain that alcohol and drugs of abuse activate, which drives both impulsive sugar consumption and that great feeling when we bite into a chocolate bar. Other studies have found that when sugar is removed from the diet, it can cause withdrawal symptoms like headache, fatigue and tremors.

The problem is that humans evolved in an environment where sugar, which is rich in calories and provides a quick energy boost, could help individuals survive. This didn’t present a problem because sugar was mostly scarce until the early 20th century. The world is now awash in sugar with many processed foods almost invariably featuring some form of added sugar.

To control sugar intake, a general rule of thumb is to try to eat whole foods, and stay away from processed foods, such as white bread. Low-fat foods are also notorious for added sugar, such as low-fat yogurt. However, it’s not only about avoiding certain foods, but also about choosing the right foods. The good news is that sugar cravings can even be partly controlled through the consumption of certain foods. Here are 5 that should have a significant impact on your ability to control sugar cravings and also improve your health at the same time.

Cinnamon not only improves blood sugar levels, but it can also reduces food and sugar cravings. It’s well known that when people experience a drop in their blood sugar level, it can leave many reaching for a sugary snack. However, scientists at Yale performed a study in 2011 which found obese individuals have an even more difficult time controlling their blood sugar, and that a blood sugar drop for those suffering from obesity causes them to ingest more sugar than the average person.

Thankfully, a spice like cinnamon is excellent for keeping blood sugar levels stabilized. For example, one meta-analysis of many studies printed in the Annals of Family Medicine in 2013 found that ingesting cinnamon not only helped stabilize blood sugar levels, but also reduced bad cholesterol and triglycerides in the blood stream.

In addition to the health benefits of cinnamon, cinnamon is also slightly sweet, which makes it a great sugar substitute. You don’t need much either, with many studies indicating that the desired effects can be reached with just half a teaspoon per day.

Satiety is the feeling of fullness you want after a well-balanced meal. It tells your body that you’ve eaten enough. The Department of Biochemistry at the University of Sydney, Australia created a satiety ranking of different foods, and found that oatmeal was near third on the list, with only fish and potatoes ranking higher. When you feel satiated, it goes a long way to fighting off sugar cravings. Interestingly enough, sugary products like donuts, cakes and candy bars were near the bottom of the satiety ranking, underlining the fact that eating sugary products usually only leaves you wanting more sugar.

When choosing oatmeal, it’s important to choose a brand with no added sugars.  However, there’s nothing stopping you from adding your own fruit to oatmeal to provide some extra sweetness.

Nut butters like almond butter or peanut butter are great a choice when you are hit with a sugar craving. They are naturally sweet, but also are loaded with protein and fiber. Although peanut butter is high in calories that come from its high unsaturated fat content, one study in the Journal of Nutrition found that those who incorporated nuts into their weight-loss regimen lost more weight than those that didn’t. Another large study from Purdue University found that in general, those who consume nuts weigh less than those that don’t.

Although you are free to consume nuts whole, nut butters are often a quick and convenient way to fight a sugar craving. The combination of protein, fiber and mostly good fats in nut butters helps you feel full, which comes back to the importance of satiety when you’re trying to control sugar cravings.

Fish is often overlooked in the Western diet, which means many are missing out on a variety of health benefits. When it comes to reducing sugar cravings, cold-water fish like herring, sardines and mackerel are an excellent choice. They are high in protein, low in saturated fat, and leave you full and satiated. Ingesting more protein in your diet can help you control your blood sugar, and in turn, help you control sugar cravings.

However, fish goes beyond just protein. The omega-3 fatty acids and high vitamin D levels in fish aren’t only good for your heart, but can also increase serotonin levels. Low serotonin levels are associated with both depression and carbohydrate cravings. Unfortunately, these carbohydrate cravings can translate into increased sugar intake, since many carbohydrates inevitably contain added sugar. For those trying to cut down on sugar, think about adding fish to a lunch snack or dinner 3 to 4 times a week.

Eating fruit is one of the clearest ways to cut out added sugar. In many cases, sugar cravings can be triggered by stressful situations, which sends many running for a bite of chocolate to calm their nerves. That’s why it’s a great idea to have an apple or clementine on hand. Renowned sugar researcher Dr. Richard Lustig indicates that the fructose in fruit is generally not harmful because fruit also has fiber that helps to control sugar absorption and metabolism. You should ensure you are eating whole fruit, as fruit juices lack the fiber necessary to protect against the fruit’s fructose and which will keep your blood sugar levels stable.

While all vegetables are healthy, some stand out when it comes to controlling sugar cravings. You should try and stick to eating vegetables that are high in protein, such as those found here. They’re the type of vegetables that not only pack fiber and protein, but they’re also great for your overall health.

Ultimately, reducing sugar or even kicking it to the curb altogether is possible. It may take a few tries, but don’t be discouraged. The health benefits of a reduced or sugar-free diet coupled with the right fitness regimen can lead to a dramatic drop in weight over time and an overall healthier body. Try to incorporate the above foods into your diet, and you should experience a notable reduction in sugar cravings.

Hi, I'm a freelance writer living in Europe. I like to write about health, nutrition and workout routines. My passions are calisthenic workout routines and outdoor activities.