Your Single Most Powerful Weapon for Flu Prevention 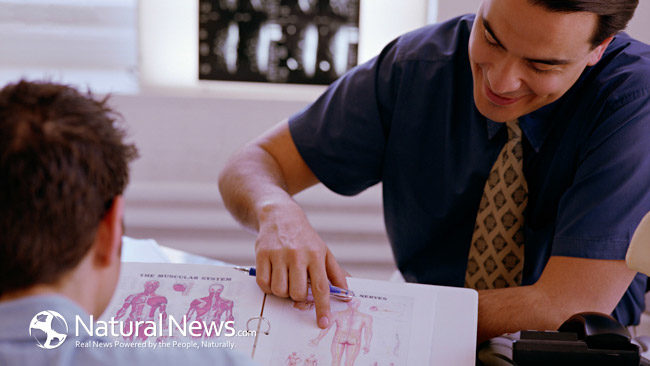 The flu has proven to be dangerous only when little is known about flu prevention. History has shown repeatedly that flu prevention drastically reduces the number of flu cases and the number of flu related deaths. One particular method truly stands out as the single most powerful weapon against the flu. Not only does this method prevent flu deaths – it stops the flu virus altogether!

An Ounce of Flu Prevention…

Unfortunately, the media strongly parrots government agencies, incorrectly stating that the flu shot is your most important measure for flu prevention. However, the flu shot has proven to be ineffective, dangerous and even deadly. There are far better ways to prevent the flu that actually work!

There is much hype surrounding the flu and the flu shot. We have also seen that deaths due to the flu are drastically overstated. Worse yet, these numbers have been used as scare tactics to sell the flu shot. The title of this article from CNBC indicates the motives of these strategies: Atchoo! Who’s making money out of flu season.

Supporting your immune system with a healthy lifestyle has been proven to prevent the flu from ever occurring. Over the last one hundred years of the flu, the most effective flu prevention method by far has been Chiropractic Care. You may think of Chiropractic as treatment for headaches, neck pain, and back pain but you are about to learn the true power of Chiropractic Care!

Chiropractic is the Most Powerful Weapon for Flu Prevention

Chiropractic and the 1918 Flu Pandemic

The 1918 flu pandemic was the worst in recorded history! It was an influenza like none ever seen before or since. You have often heard that flu pandemics have killed over 100 million people worldwide. In fact, this is true. However, the vast majority – nearly all – of those deaths occurred during the 1918 flu pandemic. This was a time when very little was know about flu prevention.

“Chiropractors got fantastic results from influenza patients while those under medical care died like flies all around.” In fact, “The medical profession was practically helpless with the flu victims…”(4)

These are astounding figures! They clearly document the effectiveness of chiropractic treatment in the case of infectious diseases like the flu. The 1918 flu pandemic established chiropractic as the most effective flu prevention strategy. Of course, you won’t hear about this in the mainstream media because these results do not support Big Pharma in selling more flu shots – a multi-billion dollar industry!(8)

Regardless of any pain, chiropractic care is vitally important to maintain the health of your immune system. It should be included as a regular part of your normal health maintenance for you and your children.

Chiropractic and Your Immune System

There is much scientific and clinical research documenting the effects of chiropractic and your immune system. Here are a few more amazing studies.

One of the most important studies was performed by Ronald Pero, Ph.D., chief of cancer prevention research at New York’s Preventive Medicine Institute and professor of medicine at New York University.

The immune system superiority of those under chiropractic care did not appear to diminish with age. Dr. Pero stated:

“When applied in a clinical framework, I have never seen a group other than this chiropractic group to experience a 200% increase over the normal patients. This is why it is so dramatically important. We have never seen such a positive improvement in a group.”(5)

Life Chiropractic University Sid Williams Research Center, produced an incredible study in 1994.(6) The researchers took a group of HIV positive patients and adjusted them over a six-month period. What they found was that the “patients that were adjusted had a forty-eight percent (48%) increase in the number CD4 cells (an important immune system component).” These measurements were taken at the patients’ independent medical center, where they were under medical supervision for the condition. The control group (the patients that were not adjusted) did not demonstrate this dramatic increase in immune function, but actually experienced a 7.96% decrease in CD4 cell counts over the same period.

In 1991, Patricia Brennan, Ph.D., leading a team of researchers, conducted a study that found improved immune response in their test subjects following chiropractic treatment.(7)  The study specifically demonstrated the “phagocytic respiratory burst of polymorphonuclear neutrophils (PMN) and monocytes were enhanced in adults that had been adjusted by chiropractors.” Phagocytes are white blood cells that engulf and destroy bacteria and bad cells in the body.

These are just a few of the studies documenting the ability of chiropractic care to optimize your immune system. Clearly, chiropractic care is your most powerful weapon for flu prevention! If you have not visited a chiropractor before, make sure that you start now to help  prevent the flu from ever developing. If you do see a chiropractor, make sure that you maintain your care during flu season to give you the best edge in flu prevention.

Did you find this story helpful?

Please share this information with your friends and family on Facebook and Twitter. Please also Subscribe to WellnessAchiever.net and receive free email updates. Simply scroll down and enter your information in the “Stay Informed!” box below. Here’s to your great health!

Sources for this Story: