When You See Jerusalem Surrounded… Are We There? 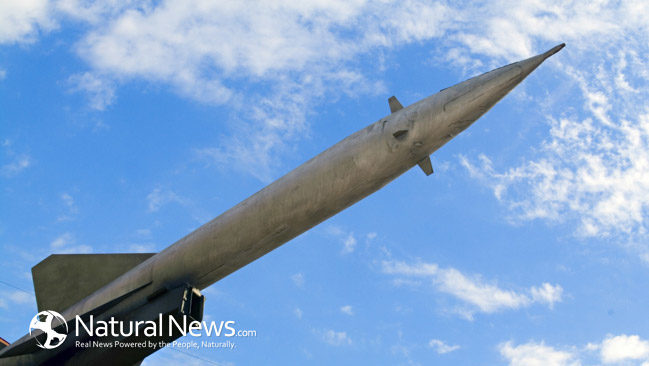 It has been a while sense I have shared my thoughts about the times we are in. That is because I have been watching to see if my ideas hold any water or not. Well, it is time to watch something very closely. Christ explains in Matthew 24, Mark 13, and Luke 21 that when you see Jerusalem surrounded during the Great Tribulation, if you are there or even around there, leave. Genocide is a mild word for what is going to go down. Fleeing is that only option to avoid destruction.

Currently we are watching the escalation of great conflict around Jerusalem, and I must say it is on time for the prophecy of Christ. Earlier in a post I shared the idea that 2017 was a very interesting time for prophecy because the Revelation 12 Astrological sign happened on September 23, 2017, the TPNW in the UN was opened for ratification on Feast of Trumpets September 20, 2017 and the SPARS pandemic preparedness document from John Hopkins has a date of October 2017 on the front page.

It makes me wonder if some “agreement with many” happened in the fall of 2017, like a “go” button was activated. Things were set in motion that we are now living through. It is in Daniel chapter 9, that a strong agreement is discussed that has a seven year time scale. If we clock from the TPNW (Treaty for the Prohibition of Nuclear Weapons) the mid-point of the seven years happened between March and April of this year, 2021.

So, what world events have happened in this spring? The first thing to watch is what happened at Passover at the Wailing Wall in Jerusalem on March 27th. A young man named Jiziahu Ben David was named the messiah by the Jewish Kabbalah. It is unknown what will become of this, but it is something to keep an eye on. Next is what was going on with regards to Russia in the April time range. The conflict with Ukraine was really showing up. Basically now both sides of that conflict are all set to roll when the light turns green. Finally, the really big events that are happening now. Jerusalem is fixing to be in a very big conflict with neighboring enemies.

Because the nation of Israel has be so blessed and rooted in the ancient land sense 1948, it seems that the blessing will continue. In the past, when wars broke out, Israel always has held their own and even come out ahead from the conflict. This would imply a hand on blessing upon their efforts. Now there is a problem. What if something has changed that would alter the blessing and allow Jerusalem to be put into the peril spoken of by Christ in Matthew 24, Mark 13, and Luke 21. Let me explain.

This will require some history data from the Dead Sea Scrolls. In scripture there has been great debate about the meaning of Genesis six and why the earth ended up with giant that had six fingers and six toes. Well after the Dead Sea Scrolls were found and evaluated shortly after WWII, that debate got an update. The book of Enoch was validated as a real document read and quoted by our New Testament authors of scripture. The implications of this knowledge is far reaching.

Do you remember the story about the spies going into the land of Canaan with Joshua and Kaleb?  The reason the other spies were freighted was the size of the people who lived in the land. They were giants. Yes, Goliath of Gath that fought with David was one of them. They are mentioned to have six fingers and six toes. If you want to see a modern representation of one of these from modern film, go check out the individual who runs the torture chamber in the movie, The Princess Bride. Another strange thing that pops up when you search for “six fingers and six toes”, is a painting of Obama at the Smithsonian’s national portrait gallery where the painter painted in what appears to be a sixth digit on one hand.

Anyway, from a historical perspective that includes the Dead Sea Scroll documents, part of the reason that God told the people of Israel not to marry the inhabitants of the land of Canaan had to do with genetics. Christ was to come from the nation of Israel and he had to be an image bearer of God. If the children Israel got genetic alteration into their lines then the “Son of Man” might have ended up being the “Son of a Giant.” That might have been a problem.

Now, back to current events. What just happened to the nation of Israel? Can anyone say, mRNA Pfizer jab? Did the nation of Israel just do the very thing that God did not want to have happen? What image will come out of an altered Genome? We don’t know yet, that is part of the experiment that will conclude in 2023. Will the genetic damage issue affect the blessing of inheriting the land of their heritage? There is no way to know, but it will be something we get to observe as events are in motion that will tell us an answer to that question.

If this current conflict in Israel leads the world into WWIII, it will be the Great Tribulation, right on time, in the middle of a final seven years. But we will all need to just watch it see what happens next. However, I greatly discourage anyone from letting someone jab anything into your body. It’s one thing to die, but it would be a whole other thing to be deceived and take the mark of the Beast and end up in Hell. Who wants beast Genetics in them anyway? Not me. I bear the image of God. Anything less is a great downgrade.