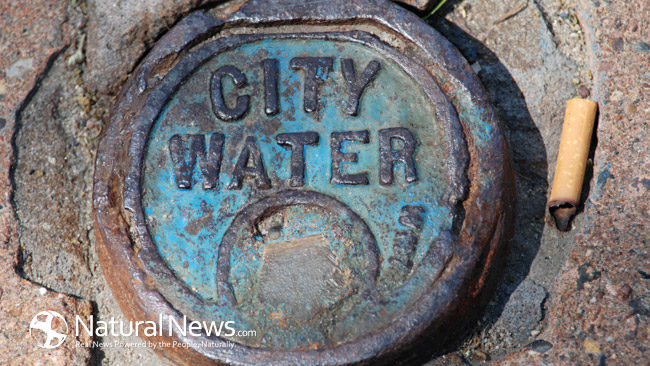 Flint, Michigan, is a name that resonates worldwide now, due to the tragic water crisis its inhabitants have suffered. Poisonous lead, a material used in the construction of aging water pipes, corroded under the influence of a new drinking water source: Flint River. The corrosion caused lead to leach into the drinking water supply, and cause levels of the harmful chemical to rise above safe limits. The inaction and lack of foresight of local authorities, provide an ode to the U.S. government’s complacent attitude toward the effects of water pollution back in 2001.

Under pressure from the National Research Council to lower the maximum limit of arsenic in our drinking water (a standard set in 1942), the government set about reviewing safer limits. In doing so, they balanced the estimated cost, against the expected mortality rate due to cancers caused by arsenic. The new level was set at 10 ppb (lowered from 50 ppb). This was estimated to avoid a maximum of 30 cancer deaths caused by arsenic every year. Campaigners actually advocated a new safe level of 3 ppb. This would come at a cost of more than 3 times more, but with the potential to save 74 more lives than the old standard, every year. In essence, since the new standard was introduced 10 years ago in 2006, the government may have failed to save over 400 people, who have (or will) lose their lives to cancer. To monetize life and death like this, speaks volumes for the consideration we are afforded by our leaders.

In fact, money appears to be at the root of Flint’s problem too. To lower water costs the Flint officials decided to source their water from the Karegnondi Water Authority, instead of using the Detroit Water & Sewerage Department. However, awaiting the new pipelines completion, the stop-gap, cost cutting solution, was to source water from Flint River and treat it locally. However, the chemical composition of the new water supply, had a detrimental effect that wasn’t foreseen. The  reason that the lead leached into the water supply, was the corrosion of old supply pipes. But why wasn’t this an issue before? Well, the water previously supplied by the Detroit Water & Sewerage Department, was treated with a phosphate-based corrosion inhibitor. Such a chemical prevents the corrosion of the water pipes, by forming a protective coating on them. Without this treatment, the pipes began to corrode. Interestingly, this phosphate based additive is considered one of the  “Critical drinking water and wastewater treatment chemicals” in a Water Research Foundation Report. This therefore begs the question ‘Why did they decide not to use a critical water treatment ingredient?’ Well, again this might come down to cost. Many chemicals used in the treatment of drinking water have soared in price over the last few years. Phosphoric acid for example, (a key ingredient for phosphate-based corrosion inhibitors) increased in price by 253% on average between January 2008 and January 2009.

But, the lead pipes aren’t the only problem facing Flint, and indeed many other parts of the USA. The corrosion of newer iron pipes is a problem too. The corrosion of iron reduces the effect of disinfectants like chlorine, which is added to the water to kill bacteria. By significantly lowering the levels of chlorine in water, pathogens are allowed to flourish, and illness and disease can thrive. Though no clear link has been proven, Legionnaires’ disease has been reported in abnormally high numbers in Flint, and the surrounding area. The area has recorded 87 cases, including 10 fatal, since June 2015. The Washington Post did report however that ”..older plumbing systems of some of Flint’s large buildings had high levels of the Legionella bacteria.”

Perhaps the most startling thing about all of this though, is that it is not an isolated problem. Sure, the local authorities made mistakes, and I’m sure they won’t be repeated, but aging water pipes are something common nationwide. Lead was banned from the manufacture of water pipes as part of the Safe Drinking Water Act Amendments of 1986. However, colonial east coast cities in particular, have water pipes which were laid long, long ago. Take Philadelphia for example, where half of its water pipes were installed before 1930, and some even pre-date the civil war. Then there’s Baltimore, where the average age of a water main is around 75 years. Work has already begun to rectify the situation, but with an estimated 1.9 million kilometers of water supply pipelines in the country, a period of at least 20 years is expected to be needed to fully fix our water systems.

The author is a teacher, and founder of waterfilteranswers.com, a website that offers advice and reviews of water filters, besides informative articles about water pollution. Follow us on Facebook, and Twitter for more information.