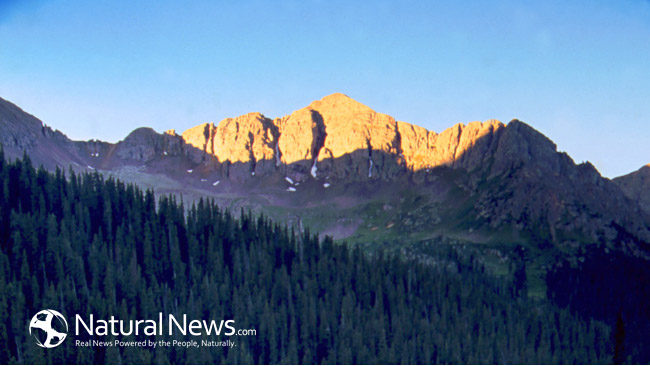 It is very important for Washington State residents to be aware of the active volcano that may be dwelling in their backyard. Although Mt. Rainier is in between eruptions roughly 80,000 residents are still in danger if an eruption does occur.

Surprisingly many people do not realize that Mt. Rainier is an active volcano. Although Mt. Rainier has not had an eruption since 1854 it nevertheless is one of the most powerful volcanoes in the world. Roughly 80,000 people surrounding Mt. Rainier live in potential danger zones which include such dangers as debris flow, floods, Lahars, and much more. Fortunately however, neighboring towns such as Orting conduct annual evacuation exercises in order to be properly prepared in case such an event were to occur.

Debris
Debris flows, which includes landslides and rock falls, are expected to be one of the first hazards to be weary of in case of an eruption from Mt. Rainier. However, the debris flows expected are estimated to be primarily in the area of the Mt. Rainier National Park. Debris flow acts much similar to Lahars because as they accumulate speed they gather more and more debris causing them to be extremely deadly if caught in one. Debris flows rarely travel further than the base of the mountain because every year during the summer and autumn month’s debris flow occurs due to glacier melt. Most often debris flows can be safely observed but during a volcanic eruption it is advised to seek safety.

Floods
Flooding will be a significant hazard during a volcanic eruption at Mt. Rainier. This is because Mt. Rainier has an elevation of 14,410 feet which helps accumulate large amounts of snow on the mountain top during the winter months. During an eruption the year round glaciers atop Mt. Rainier will be immediately melted creating extremely fast and dangerous rushing waters. Due to the Lahars that were formed during Mt. Rainier’s previous eruption the floods that occur during a future eruption may be able to reach as far as Seattle and the Puget Sound area.

Auburn – The first danger zone that lies directly in a flood path is the town of Auburn. Future Lahars will bring possible flooding straight to Auburn as well as the Puyallup River too as it roughly connects Auburn to Mt. Rainier.

Kent – Kent, which is further North than Auburn, is also a danger zone for possible floods during an eruption. Much like Auburn Kent too may face extreme rushing waters.

Renton – Renton fortunately is further North than Kent but still lies directly in a danger zone for possible flooding.

Lahars
Lahars are the most dangerous hazard to be weary of during an eruption at Mt. Rainier. This is because the inhabitants occupying the areas surrounding Mt. Rainier have built their homes and towns on and around previous Lahars. This makes living in these areas especially dangerous because during an eruption these areas will act as a pathway for future Lahars destroying important infrastructure, highways, and densely populated areas. When Lahars start flowing they can reach up to speeds of 100 miles per hour and are just as powerful as flowing concrete. There are two different types of Lahars. The first type is generated from melt water which usually will occur from the top to the base of the mountain. The second type is landslide generated Lahars which include magma and destroy everything in their path while sweeping up more debris to travel with.

Randle and Packwood – These two towns lie directly in the path of Lahars connected by the Cowlitz River. These two towns, which are located South of Mt. Rainier, are in the most immediate danger due to their close proximity.

Alder, Ashford, Eatonville, Elbe, McKenna, and Yelm – These towns are located West of Mt. Rainier and are primarily connected to one another by the Nisqually River. These towns also are expected to experience mass amounts of damage from Lahars during an eruption which may travel as far as Pierce and Thurston County.

Buckley, Carbonado, Enumclaw, Orting, Puyallup, Sumner, Tacoma, and Wilkeson – These towns are located West and Northwest of Mt. Rainier and are expected to also suffer from mass amounts of damage caused by Lahars. Tacoma which is nestled furthest Northwest is not expected to experience as much damage as some of the other towns but is expected to suffer from Lahars nevertheless. These towns are connected to one another primarily from the Puyallup River and Carbon River.

Lava
Although molten rock and magma are commonly expected during volcanic eruptions the case may be a little different for Mt. Rainier. This is because Mt. Rainier has a height of over 14,000 feet which contributes to the mass amount of snow that is collected at the peak of the mountain. During an eruption any molten rock or magma that is released will immediately melt existing glaciers and excess snow contributing to even larger debris flow, flooding, and Lahars.

“Mount Rainier – Living Safely With a Volcano in Your Backyard.” By Carolyn L. Driedger and William E. Scott, USGS
http://geology.com/usgs/rainier/