Vaccine Variant Whack-A-Mole—Are you a Player or are you getting played? 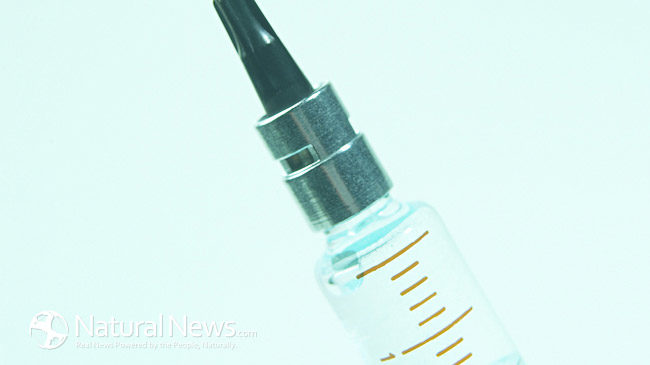 Have you ever played the arcade game, Whack a Mole?

The last two years dealing with the Covid pandemic reminds me of the arcade game. First it was isolation and mask wearing. Whack! Took care of that one.

That is one big WHACK! But the game is far from over.

Two years in and still they push the vaccine to the exclusion of all other medical, peer reviewed, proven effective treatments. 943K Americans are dead. Many others are vaccine injured. You survived the Delta variant. The new Omicron variant is more like the flu. What differentiates between a sinus infection, a “flu” cough and a covid cough? Can you prove it’s Omicron?

Remember the flu? Gosh, so yesterday. How’s the flu different from Omicron?

Remember normal? Normal was such a wonderful thought, wasn’t it?

But nothing is normal. Vaccinated and unvaccinated still get sick. Some get very sick. Both still die. Anyone who disagrees with the narrative that vaccinated people die too is censored and their research dismissed. And that’s why two people can see things so differently. The truth is so difficult to discern. The narrative continues to change.  And since there are absolutely no long-term studies, no one knows the true effect these vaccines will have because no one knows what is being injected. No one that is, except for the people who made lots of money creating a narrative that there was only one single treatment for this pandemic and that is a vaccine authorized for “emergency use”.

“FDA may authorize unapproved medical products or unapproved uses of approved medical products to be used in an emergency to diagnose, treat, or prevent serious or life-threatening diseases or conditions caused by CBRN threat agents when certain criteria are met, including there are no adequate, approved, and available alternatives.”  (From link above) Emergency Use Authorization is only granted to an experimental pharmaceutical product if there is no other proven option.

And that is one huge lie. And this isn’t even a “vaccine”. But there ARE effective treatments and they don’t involve injecting unknowns into your body.  In fact, according to Dr. Zev Zelenko, there is an “84% reduction in hospitalization and death if you treat people early with anti-viral protocols.”

Because the human body knows perfectly and exactly how to stop toxins from entering its cells. And that hasn’t changed.

The element Zinc blocks an enzyme inside each cell which the virus needs to make copies of itself. If the virus can’t replicate its genetic material—it can’t spread. But zinc can’t get into the cells on its own. So it needs something called a zinc ionophore to deliver it into the cells to prevent the “virus” from replicating.

Turns out hydroxychloroquine is a zinc ionophore. Imagine that! So is Ivermectin! And Quercetin, a substance found in apples and onions and most health food stores—is also a zinc ionophore. So is a compound in green tea called EGCG (Epigallocatechin Gallate).  But here’s the problem. An over-the-counter zinc ionophore makes no money for big pharma. Almost every medical doctor “strongly suggests” you get the vaccine. Followed by telling you how many of his/her patients are dying in ICU.  A doctor friend of mine told me, “There just isn’t enough evidence that ivermectin works”. And yet, there are peer reviewed studies that show that zinc ionophores do work. In fact, as far back as 2005, there was a CDC paper that showed that chloroquine and hydroxychloroquine worked so well on SARS they could be considered a vaccine.

How can doctors see the obvious so differently? Don’t they read the same peer reviewed papers that I do? If your patients are dying in ICU because Medicare incentivizes the use of Remdesivir (a known side effect is kidney failure) and the ventilator drowns them in fluid they can’t excrete because the Remdesivir shuts down their kidney function—maybe you should change your treatment plan. But they can’t because they will be fired or lose their license. True story. Look it up.

Ivermectin is listed as an effective treatment for Covid-19 on the NIH website. The same recommendations apply to the influenza virus which is a single stranded RNA virus which, it turns out, is very similar to Covid. Could Omicron simply be the flu? The fact is—it doesn’t matter. All strains replicate by the same mechanism using the cell as a host.  As Dr. Zelenko said, above—starting early anti-viral treatment saves you from hospitalization and death. This is evidenced time and again by doctors who have used hydroxychloroquine and ivermectin safely and effectively.   It’s also backed by CDC and NIH studies. Look them up.

What if, hypothetically—this so called “virus” was actually created in a lab for a specific purpose and knowingly and deliberately released on the entire world?  After all, SV40 was transferred from contaminated monkey kidney cells to culture polio vaccines in the fifties. It’s no stretch that RNA viruses can become latent for long periods of time only to reawaken years later as an autoimmune disease like multiple sclerosis, lupus, or even cancer. No one questions a cancer diagnosis as being from a vaccine given years earlier. So who is to say that this vaccine isn’t being used to fool the body into forming antibodies against its own tissues that were seeded by foreign genetic material? No one can say for sure because none of us know what exactly is being injected into the body with these shots.  And no one correlates miscarriages with the vaccine. Nor do they admit that young athletes are developing myocarditis or dropping dead at accelerated rates after being vaccinated.

Let’s take it one step further.  What if there was no deadly virus at all. What if you could simply trick the entire world into thinking a certain lab released a deadly bio-weapon, but it didn’t. Paralyze the masses with fear of this deadly “virus” bio-weapon and relentlessly push the single narrative of a vaccine as the answer. And this is no ordinary vaccine—in fact it isn’t a vaccine at all. This is a special mRNA gene therapy that changes your genes and lowers your immune system. Maybe it contains HIV because it sure does damage your T-cells, depresses your immune system, and shuts down tumor suppressor genes. What’s in your vaccine? The simple truth is no one knows.

What is really happening appears to be a combination of damaging the human immune system and then continuing to create “variants”. You don’t even have to release a deadly weapon because if immune systems are compromised—a simple flu can spread quickly and kill easily among the vaccinated. And those variants can be tweaked by slightly altering the previous one to evade the existing antibodies. By doing this, there is no end to the vaccination process and vaccine companies make huge profits from return customers.

Who then, are the real Moles getting Whacked?