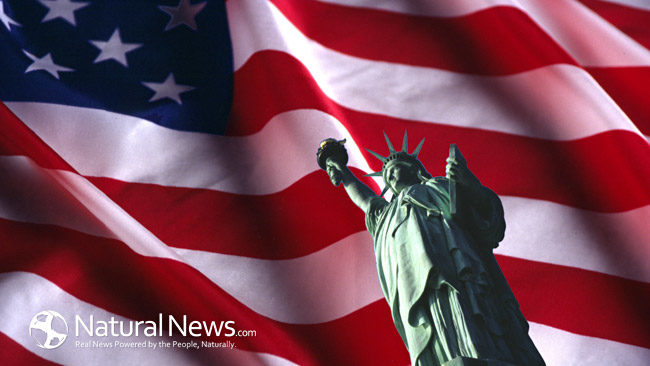 Remember the Liberty
“For we cannot but speak the things which we have seen and heard.” (Acts 4:20)
Wednesday, June 8th is the 55th anniversary of the attack on the USS Liberty and it will likely come and go without a single word being said about it by any politician or media talking head. There will be few, if any, articles appearing in national newspapers, no coverage by cable news outlets, and certainly no acknowledgment by the White House. In fact, few outside the group of survivors who are still alive today, their families and friends, and those curious enough to truly investigate world affairs, will pay any mind at all to the 34 U.S. servicemen killed or the 171 wounded that day.

The ongoing censorship that has continued for over five decades is a lingering middle finger to every U.S. serviceman on duty aboard the Liberty that sunny day in 1967. Why is the American public kept ignorant of this sordid affair? Who’s interested in suppressing a tale of American heroism? The answer to these queries might be found in a candid statement made by former Senator J. William Fulbright during an appearance on CBS’ Face the Nation (Apr. 15, 1973), ‘‘Israel controls the U.S Senate. The Senate is subservient, much too much; we should be more concerned about U.S interests rather than doing the bidding of Israel. The great majority of the Senate of the U.S. – somewhere around 80% – is completely in support of Israel; anything Israel wants, Israel gets.” Ditto for the MSM — and this dire situation has only proliferated since 1973.

The Attack
“Israel purposely and deliberately attacked the U.S.S. Liberty” – Dean Rusk, former U.S. Secretary of State
On June 8th, 1967, around 2:00 pm, Israeli fighter jets attacked the clearly identified and unarmed USS Liberty (a reconnaissance ship) with rockets and cannon fire while it sailed in international waters north of the Sinai Peninsula. It was a clear day and the ship was flying a large American flag so there was no chance of its identity being mistaken. Furthermore, the Israelis had been surveilling Liberty all morning, repeatedly flying over at low altitudes and photographing the ship and her crew. Audio recordings of Israeli communications made that day prove they were fully aware of the situation. Pilot: “This is an American ship. I can see the flag. Do you still want us to attack?” Ground Control: “Yes, follow orders. Hit it!…Finish the job.”

Once the jets had finished their initial bombardment, America’s ‘greatest ally’ dropped napalm bombs on deck and sent in torpedo boats hoping to deliver the death blow to the doomed vessel. Five torpedoes were fired, one of which struck the ship at the waterline killing 22 sailors below deck. Exhibiting their notorious disregard for International Law, the Israelis jammed the ship’s radio communications and machine-gunned the life rafts as crewmen onboard the Liberty attempted to escape the flagitious onslaught.

Israel perpetrated the attack with the intent to sink the ship and blame it on Gamal Nasser’s Egypt, hoping to facilitate American engagement in Israel’s conflict with the Arab state. It was a classic false-flag operation — a casus belli — that calls to mind what Mossad agent Victor Ostrovsky said was the motto of the agency: “Through deception, thou shalt do war.”

Unfortunately for Israel, the Liberty, although very badly damaged, managed to stay afloat and its courageous crew was able to rig up an antennae, transmit a distress signal identifying the attackers and request help from the Mediterranean Sixth Fleet; all while dodging bullets, tending to the wounded and fighting napalm fires on deck. These heroic actions, performed under considerable duress, prevented the Zionist state from being able to blame the attack on Egypt as intended and likely saved American soldiers from being sent off to fight and die in Israel’s war (something they have been doing continuously since 2001).

Being caught red-handed failed to produce anything resembling an appropriate American response and Israel merely chalked it up as a simple case of mistaken identity, made a few payoffs, and all was forgiven and forgotten by most who were not victims of the murderous assault. Congress has never opened an investigation.

The Aftermath
‘It was one of the classic American cover-ups….Why would our government put Israel’s interests ahead of our own?’– Joint Chiefs of Staff Admiral Thomas Moorer
The aftermath of the attack was plagued by government cover-up and media silence that continues to this day.

William McGonagle, the Liberty’s commanding officer, won the Congressional Medal of Honor for his heroism, yet the Washington Post ran no story about it and President Johnson (an active participant in the cover-up who twice re-called U.S. fighter jets deployed to help the besieged Liberty) not only didn’t allow the ceremony to take place at the White House, he didn’t even show up to present the award! The gutless traitor Johnson went so far as to call the Israelis beforehand to make sure they didn’t have a problem with the award being given and the award didn’t even identify Israel as the attacker! U.S. Naval Officer Lt. James Ennes Jr., a survivor of the attack, later wrote a book about it called Assault on the Liberty, in which he exposed in great detail how the attack was obviously premeditated and designed to sink the ship while killing everyone on board. Israel responded by saying that Ennes was anti-Semitic!

Although this unwarranted attack could easily have been seen as a provocation for war, not a single thing was done about it by the American government. In fact, the exorbitant amounts of money allocated to Israel subsequently skyrocketed to outrageous levels and continues to do so to this day. In 2022, American taxpayers are on the hook to Israel for over $10 million every day! What do we have to show for it?

Decades of Treachery
“Israeli spies have done more harm and have damaged the United States more than the intelligence agents of all other countries on earth combined….They are the gravest threat to our national security.” – Admiral Bobby Inman, Fmr. Deputy Director of the CIA
The attack on the Liberty isn’t an isolated incident of Israeli treachery. On the contrary, ‘little Israel’ has made a habit of thumbing its nose at the big, bad American behemoth. Consider the following:

None of this should come as a surprise. Israel is a nation founded on terrorism. In 1974, journalist Russell Warren Howe interviewed Menachem Begin and asked him how it felt to be known as the father of terrorism in the Middle East. Begin abruptly replied, “In the Middle East? In all the world!”

Menachem Begin was head of the Irgun when the group bombed the King David Hotel (Britain’s administrative headquarters) in 1946 while disguised as Arabs. 91 people were killed. Nevertheless, the self-proclaimed ‘father of world terrorism’ would go on to become prime minister and win a Nobel Peace Prize in 1978. (Benjamin Netanyahu caused a stir when he attended a two-day anniversary celebration of the bombing with former members of the Irgun in 2006 while he was prime minister. The Irgun terror organization was a forerunner to Netanyahu’s Likud party.)

Which brings us back to the USS Liberty.

The events retailed above put paid to the lie that the attack on the USS Liberty was somehow an accident. To suggest otherwise betrays a profound lack of understanding about America’s ‘special ally’ in the Middle East. Why doesn’t anybody in our government or media have the guts to stand up and call out Israel for its treachery? Conservative pundits have no qualms about criticizing any government in the world, including their own, but whenever any criticism is directed towards Israel these 1A-thumpers instantly shape-shift into the irrational liberals they claim to oppose, shamefully resorting to hackneyed pejoratives like ‘anti-semite’ and ‘hate speech’ to stifle debate. This is intolerable and goes against everything America stands for. It’s up to us to do the job that our politicians and media refuse to do. Because of AIPAC dollars and sophisticated blackmail operations like those conducted by Epstein and Maxwell, it would be foolish to expect any revelations of Israeli perfidy to suddenly emanate from Washington or the MSM. We the People must uphold and defend our cherished American values by speaking truth to power and spreading information with our fellow countrymen no matter how unpopular it may be. Truth doesn’t fear scrutiny, nor can it be hateful. Those who suggest otherwise are agents of paralysis obstructing the advancement of human understanding. It’s our duty as patriots to pursue the truth wherever it leads. We owe it to ourselves, our country, and to all the forgotten victims of state-sanctioned terror, particularly the three hundred heroes aboard the USS Liberty on June 8, 1967.