Unmasking the Truth: Part 2: A Fever Pitch of Hysteria 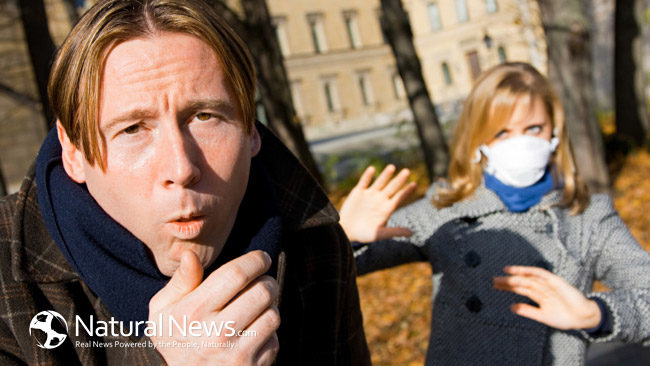 Our rulers’ staggering indifference to the lack of evidence for the efficacy of masks – and their staggering indifference to the potential harms – is matched by their stunning arrogance in flouting the rules they have created for the rest of us. One after another has been spotted in public, barefaced and unashamed, including the aforementioned Dr. Fauci and Governor Cuomo, along with the governor’s younger brother, CNN anchor Chris Cuomo, who visited his home-under-construction in the Hamptons, sans mask, while infected with the coronavirus and suffering from symptoms. When confronted by a local resident about his hypocrisy, Cuomo wittily called the other man a “jackass loser.”

Since then the controversy has only gotten uglier. An Army veteran struggling with PTSD, COPD, and other health issues entered a fast-food restaurant without a mask so his young son could use the rest room, only to be told by another man “You either put a mask on or get the F out of my store.” A Twitter video showed a woman shopping at a grocery store in Staten Island who was driven out by customers screaming “Get the fuck out!” and “This woman acts like a dirty-ass pig!” Another video depicted a mask-wearing woman berating a young mother of two toddlers in a supermarket, shrieking “I hope you all die!”

The hysteria is approaching a fever pitch. Writing in The Conversation, a professor of medical ethics opined that we need “morality enhancers” to induce people to wear their masks. Such morality enhancers might be taken in pill form, the professor helpfully explained, or added to the water supply. Guidelines issued by the British Columbia Center for Disease control go beyond masking and endorse the use of  “glory holes” to prevent the transmission of Covid-19 during sex. An essayist in the Boston Globe likened going in public without a mask to “playing Russian roulette with other people’s lives.”

Russian roulette is a game which carries a one in six chance of dying every time it is played. This is planet-sized fear-mongering and alarmism.

An order signed by Washington DC mayor Muriel Bowser required citizens to wear masks under nearly all circumstances when leaving their homes, but exempted government employees – giving the lie to the mendacious slogan “We’re all in this together.”

Meanwhile, as a result of the coronavirus restrictions, unemployment, bankruptcy, divorce, mental disorders, substance use, and suicidal ideation all have skyrocketed. A looming eviction crisis threatens thirty to forty million Americans with homelessness. And $6.5 trillion in household wealth has disappeared, while US billionaire wealth has soared by more than $584 billion. Worldwide, over 200 million people are facing life-threatening food insecurity, and millions of children are literally wasting away.

Whatever this be about, it’s not about stopping the spread of a deadly virus. It’s hard to see any purpose to all this other than to keep us in a perpetual state of fear. After all, how else are we supposed to know there is a pandemic going on? Certainly not because our loved ones are dropping dead right and left.

A 2010 paper in PLoS Biology demonstrated that seasonal outbreaks of influenza were driven largely, perhaps mainly, by seasonal variations in absolute humidity, which is lowest in the wintertime – the same time in which the majority of influenza outbreaks take place. This indicates that any population-wide benefit due to masking would likely be too tiny to detect – and we may be missing out on some harms as well.

Next: Part 3: Do Masks Cause Infections?