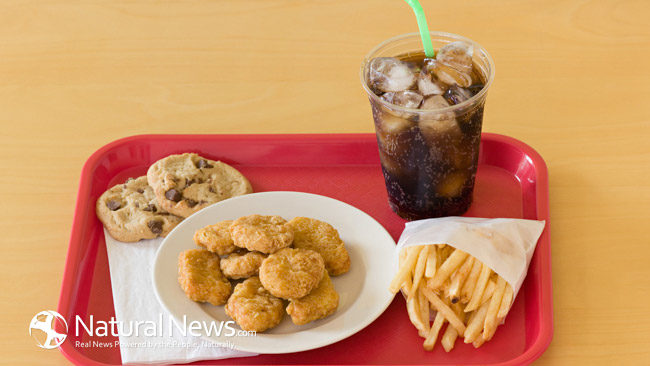 Are the toxins in our diet slowly poisoning us?  Is our food healthier today than it was for our grandparents?  Will we out live our children? (Resource below)

Have you ever heard of Pottinger’s Cats? Dr. Francis Pottinger wanted to know what happens in the body when cooked or processed foods are eaten continuously—foods devoid of live enzymes and considered “denatured”; as opposed to fresh uncooked plant (and animal) sourced food. The cat study lasted for ten years, studying three generations of cats—a total of 900 cats in all.

The cats eating cooked, processed foods were not healthy. Each succeeding generation was worse than the previous one. The cats developed a variety of modern ailments similar to those of humans.  This included heart disease, cancer, kidney and thyroid disease, tooth loss, arthritis, reduced bone mass, labor difficulties, decreased libido, infertility, and irritability so severe—they became dangerous to handle. At the end of the first generation—the cats began to develop the same degenerative diseases of humans and simply became lazy.  At the end of the second generation—the cats developed degenerative diseases by mid life. By the third generation—the cats eating the processed foods developed degenerative diseases very early in life and some were born blind and weak (due to lack of Vitamin A)—with a much shorter lifespan. Many of the third generation cats could not reproduce. Those cats that made it to the fourth generation showed the diseases much earlier than the three previous ones. Meanwhile, the cats fed live enzyme rich diets maintained complete health generation after generation.  Dr. Pottinger conducted the same tests on mice. The mice reinforced the cat study results.

And still – seventy-seven years later heart disease and cancer remain the number 1 and 2 causes of death. Despite the modern drugs, the decades of money and research to find a “cure”, the lives lost—are we any better than Pottinger’s Cats?

A recent article published in the Guardian (link below) shows parents asking questions about why there is so little information regarding the cause of childhood cancers. The incidence of childhood cancer has risen dramatically and there is a lack of statistical information to help prevent this devastating tragedy. The parents mentioned in this study strongly believe the cause is due to toxins—specifically carcinogenic environmental toxins that are underreported. They are working with the group, thereasonswhy.us (link below) to gather information.  But why isn’t the medical community, or the CDC doing this research?

And according to our very own National Cancer Institute (link to specific page below):

Read that again. “Although cancer in children is RARE, it is the LEADING CAUSE of death by disease past infancy among children in the United States.”   How is that rare? Other than chemotherapy, radiation, and surgery—what new treatments are available for these children?

No doctor will tell you that sugar is poison. Despite the fact that the medical profession uses a PET Scan to find cancer in the body and that test uses sugar molecules attached to radioactive tracers– because cancer cells LOVE sugar, you will never hear an oncologist tell you to avoid sugar.  Sugar feeds cancer. Where you find cancer—you find those sugar tracers. Worse yet is high fructose corn syrup. Here’s a challenge for you. Look at the ingredients in the products you use regularly.  See how many contain high fructose corn syrup. Your body was never designed to digest processed high fructose corn syrup. But your trusted medical professional told you that right? Cut out sugar? Or did they give you soda and crackers after your chemo?

Could it be that the rise in cancer rates, the rise in autoimmune and other neurological disorders like Autism and Alzheimer’s—is the same pattern expressed by the Pottinger cat study? Our processed and toxic diets contain far more additives than ever before. Foods lack enzymes because our soils lack nutrients and are sprayed with gut disrupting toxins.  Our body needs enzymes to break down food and allow it to be used to build and repair cells. Vaccines contain harmful adjuvants that allow substances like mercury and aluminum to slip through the blood brain barrier like never before.  Polysorbate 80 is one of those adjuvants.

Our food supply is contaminated with the chemical herbicide Roundup.  The active ingredient is glyphosate and most all Americans (93%) have glyphosate in their body with children having the highest level. Glyphosate has been found in drinking water, breast milk, umbilical cord blood, and food like cereal and other grains. It is heavily sprayed on food crops—but also on playgrounds, parks, and backyards.  Glyphosate is a metal chelator. It grabs on to metals like iron, copper, and manganese in the soil and pulls them out of the plant.  Without these metals, the immune system of the plant is weakened.  When humans eat these plants, they too become weakened.  These are necessary micronutrients. Without them, the beneficial bacteria in your gut can’t function properly and you become susceptible to disease. The World Health Organization declared Glyphosate a “probable human carcinogen” in 2015.  Apparently our CDC missed the memo.

Another less known but also toxic chemical is paraquat. (Resource below)
The United States government paid to have Paraquat sprayed on marijuana plants in Mexico in the 1970’s. Paraquat is prohibited in Europe but sold to the US.  It is a fatal toxin when ingested. One sip can be lethal. It’s been linked to Parkinson’s Disease—with some research showing a neurological connection to the gut microbiome. This research is not new. And yet—the United States government allows its use on crops like coffee and soybeans. In 2015, 220 million pounds of glyphosate was used in the US, according to the EPA. The same year, 7 million pounds of Paraquat was used on 15 million acres, according to Syngenta (company that produces it).   It is also used on Roundup resistant weeds.

Although the Pottinger Cat study was carried out in the 1930’s—it is ironically prophetic of the health conditions that plague our modern world.  We are filled with toxins, and deficient in critical nutrients. No one was ever born deficient in a drug.

The medical profession refuses to learn the role nutrition plays in every single disease—preferring instead to give you pill after pill. Their ignorance and refusal to acknowledge the role the human micro biome (gut) plays in healing, is what perpetuates the problem. For so many years we have looked to the “doctor” as all knowing. Most of them know only what drug to give to match a symptom and never address the root cause of the problem. The root cause almost always involves toxins that our digestive system was never designed to handle –but that our protective agencies deem safe.

What can you do?  Wake up.  Read labels.   Do your own research.  Eat as close to nature as possible—grow your own food with your kids. Take an interest in what they put in their body.  You don’t need grass, but you sure could use a vegetable garden.  Or a patio garden.  Or a community garden.   Buy organic.  Look for the Glyphosate Residue Free seal of approval whenever possible.  Avoid processed foods, white flour, white sugar, artificial sugar, white salt, and high fructose corn syrup. Feed your gut fermented foods and drinks.

Max Planck said, “Science advances one funeral at a time.”
Do your research. Skip the funeral.