Tobacco and Cannabis Discovered to be Toxic Aluminum Accumulators 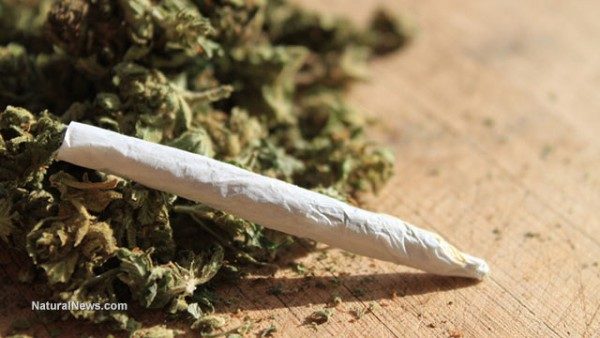 Just when you thought it was safe, we now know cannabis is rich in aluminum, adding to the body burden of this toxic metal. I have mentioned previously that aluminum is NOT an inert metal as many people assume. Far from it.

Aluminum in many ways is very similar in toxicity to mercury. So how is it that we find aluminum (Al) in marijuana? How did it get there? Let’s go to Dr Exley from the UK as he reveals to us this strange phenomenon, other rich sources for Al and possible implications.

It is perhaps less well known that tobacco and cannabis are significant sources of biologically available Al [aluminum] (Exley et al., 2006). For example, when you smoke a cigarette you excrete Al in your urine. Al is a major contaminant of food (Saiyed & Yokel, 2005). It is also a known contaminant of parenteral solutions. Recreational drugs including heroin and cocaine can also be significant routes of exposure to Al (Exley et al., 2007). It was recently demonstrated that sunscreens and sunblocks may contain significant amounts of Al such that one might apply up to 5 g of Al onto the skin surface during an average day on the beach. Little is known about the biological availability of Al in such products but it has to be asked if they could contribute towards the high rate of melanoma found in populations using large amounts of sunscreens/sunblocks regularly (Nicholson & Exley, 2007)? Worryingly we are still exposing the most vulnerable members of society, pre- and post-term infants, to very high levels of Al in infant formulas (Burrell & Exley, 2010).[1] [Emphasis mine].

Al can accumulate in these plants if there is any Al in the soil, or during manufacturing and processing of cannabis. Strangely enough, even concentrates contain Al! In addition to the information provided above, Dr Exley, in a different publication, had this to say:

“Aluminum (Al) is the major trace metal constituent of tobacco. Jamaican cottage industry tobacco includes an exceptional 0.8-2.6 mg Al/g tobacco. Exceptional because the tobacco plant, unlike, for example, the tea plant, is not considered an aluminum accumulator (0.1% Al by weight

in leaves)…We looked at the same for cannabis, as its content of aluminum also is reported to be high (2.4-3.7 mg Al/g marijuana).

Tobacco and cannabis are hitherto unrecognized potent contributors to the body burden of aluminum. Aluminum that is inhaled either from active or passive smoking is biologically available and is likely to be absorbed systemically.

Aluminum entering the lung and the olfactory system as either particulates or gaseous complexes may contribute toward smoking-related disease including asthma and neurological dysfunction.” [2] [Emphasis mine]

If one were to eat Al, he or she would excrete much of it in the urine. However, if it was injected, (vaccines use nanoaluminum) or in this case smoked, much of the Al will stay in your body. In time, aluminum becomes embedded into the lymph nodes, spleen, brain, and other organs, where it may reside for decades, or possibly forever.

Al is a powerful pro-oxidant. As such it oxidizes macromolecules within the body. Al is also an excitotoxin. It generates excitotoxicity­–excessive neuronal excitation leading to death of the neuron. In my book I reveal that compelling research is now demonstrating that Al, in addition to other problems, plays a role in the neurodegenerative diseases Alzheimer’s disease, Parkinson’s disease, and ALS. It can also generate autoimmunity.

So how does this play out for the average medical marijuana user? The truth is that we simply do not know, yet. If we look at populations such as the Rastafarian communities in Jamaica who use cannabis regularly, we do not see an increase in neurodegeneration. But one must question whether this truly is a green light to use cannabis.

What we should be doing is engaging the lab analysis community into testing marijuana for Al contamination in the same way they now test for pesticides, mold, cannabinoids, and terpenes.

Once established, we will know how prevalent this problem is. Dr Exley used pot that was confiscated by British police. If this is a widespread contaminant we may be in for more than we bargained for.

As cannabis becomes legal worldwide we need to know more about this unusual and surprising finding. Let’s thank Dr Exley for exposing the problem.

Incidentally, Exley does provide a possible treatment (see book for details). Drink silicon-rich mineral water. Volvic and Fiji contain the most. Silicon binds to the Al atom and allows it to be excreted in the urine, (personal correspondence with Dr Exley).