Symbiotic Synergy of the Sun and Earth Changes 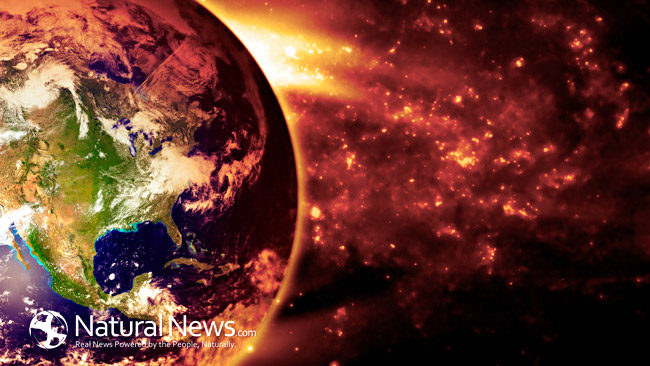 DreamMyst a universal light being has stated many times over the years that coronal mass ejections, CMEs, and earth changes are tied to the symbiotic synergy of the sun and earth.

A few weeks ago, we had two coronal mass ejections come into earth’s atmosphere. Since then worldwide there have been mass fish deaths,  bee deaths, the Yosemite fire, earthquakes and volcanoes getting active. Now mix all that with a war making president and slippery economy. Things are escalating. If I were baking a cake, it would have become as flat as a flour tortilla.

Symbiotic Synergy of the Sun and Earth Changes

So,  what exactly is the symbiotic synergy of the sun and earth changes? It is a interrelated or interdependent interaction. Science and ancient texts now find a connection of how the sun and the earth, work together ending a cycle of over 5,000 thousand years, as the planet begins anew using this same symbiotic synergy. We experienced this with the hybrid storm “Sandy” at the end of October of 2012 and throughout 2013. The sun and the earth work together shifting the weather into new cycles of intensity.

“The horror story of Sandy,” tornadoes and flooding was a prelude to what Americans and the world can expect from earth changes. One solar flare hitting a power grid will cause long-duration outages of four to ten years to replace. Flooding, and raging fires close to nuclear power plants, are a disaster waiting to happen.

A burning Rim fire is now considered one of the biggest fires in California’s history endangering a world treasure of 2,000-Year-Old Giant Sequoias Trees. Giant sequoias are the world’s largest single trees by volume. They reach an average height of 160 to 279 feet with the diameter of 20 to 26 feet. The oldest known giant sequoia is estimated to be 3,500 years old.

Volcanoes are Spewing as well.

Volcanoes are spewing in many parts of  the world Guatemala, Nicaragua, Colombia, Ecuador, Alaska Peninsula, and New Zealand to name a few . One of Europe’s busiest airports was surprised to see an overnight appearance of a volcanic geyser erupt close to the Rome airport spraying clouds of gas 15 feet in the air. Altogether, there have been 17 volcanoes with activity, not including the one in Rome since August 21-27. Where there are volcanoes there are also earthquakes surrounding those areas.

I feel the Earth move under my feet!

On September 3 2013, there have been three earthquakes, one in Alaska, Canada, and in Japan. Alaska sits on the Pacific Ring of Fire, which has 452 volcanoes and is home to over 75% of the world’s active and dormant volcanoes. On August 30 there was a 7.0 quake and on September 3 a 6.5 shaker on the Aleutian Island region in Alaska. On the same day, a 6.5 magnitude earthquake hit eastern Japan. TEPCO reported that at Fukushima there were no new problems at the nuclear plant.

Next is a 6.0 magnitude earthquake one hundred nineteen miles from Bella Bella, Canada that was 0.6 miles below sea level, and in Ireland, there were two unusual earthquakes in the Irish Sea on August 26. The cause of the quake is said to be the removal of the weight of ice sheets from the Ice ages which covered the land.

Does this mean the earth’s core is heating up as DreamMyst our insightful universal light being over at  Susan’s blog has predicted many years ago?

YOU CAN HELP DREAMMYST REACH A LARGER AUDIENCE EVERY TIME YOU:

When The Golden Egg Cracks
Psychic and trance channeling

When you order your copy of our book When The Golden Egg Cracks from Balboa Press we make a larger commission but you can also order your copy at Amazon  and Barnes and Noble . Oh and feel free to leave a review!

Susan Norgren is a spiritual messenger, she practices deep trance channeling, is a psychic medium and the published author of several popular books on the subject. She is also the “happy bride” of Shaman Rob Norgren, mother of three children, grandmother to 3 and adoptive grandma to 10 awesome kids.” “When The Golden Egg Cracks” is Susan’s newest book. It is available at Balboa Press, Barnes and Noble. Barnes and Noble, Balboa Press and Amazon.com
“It all begins with you.” DreamMyst
Thank you in advance for being the lighthouse that shines brightly so others can find us. Please like and share if this information has benefited you in any way.