Could a study published in 1911 hold the key to the successful treatment of cancer? 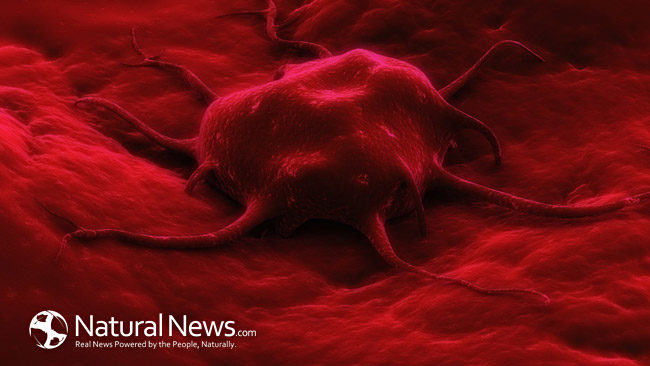 Cancer has been successfully treated with enzymes for many decades. Enzyme therapy is not new. In fact, it dates back to at least the 1700’s when Jean Senebier discovered that gastric juices could be applied to wounds to prevent infections and speed healing. The enzymes in gastric juice break down the dead tissue (as enzymes do) and the hydrochloric acid from the stomach keeps the wound clean. (Karen DeFelice, listed below)

Dr. John Beard, an embryologist working as a professor at the University of Edinburg, published a book in 1911 demonstrating his results after treating 170 end stage cancer patients by giving them injections with pancreatic enzymes. Dr. Beard found that pancreatic enzymes could be used successfully to stop out of control cancer cell growth. The book represented 20 years of intense laboratory work and impeccable documentation that still today stands up to scientific scrutiny. Despite being nominated for a Nobel Prize in 1905 for his work, and great reviews on his published book—most cancer “experts” denied his thesis. (Book listed below)

The media, (and therefore the scientific community), concentrated their efforts on a much more dynamic figure—none other than Marie Curie. Madame Curie was the media darling who claimed that simple, non-toxic radiation cured cancer. At the time, it seemed like a great idea. Years later—Madame died of aplastic anemia, believed to be caused by exposure to radiation and carrying around test tubes of radium in her pockets. By the time she died, Dr. Beard’s work was nearly forgotten, and he was dead as well. Madame, on the other hand, found herself in both scientific and grade school textbooks.

Injectable pancreatic enzymes were outlawed and haven’t been available since.

Since Dr. Beard was an embryologist, it would make sense that his theory had to do with the creation of life. Dr. Beard found a particular embryonic tissue that had the same characteristics as a cancer cell. This would be the “trophoblast.” A trophoblast has a critical role in the invasion and implantation of the embryo in the uterus. As the embryo travels to the uterus, the trophoblast latches on and leads the invasion through the uterine wall. Once inside and safely attached to the uterine wall, the trophoblast begins to create blood vessels to establish what will become the placenta—the maternal lifeline of circulation, which brings nutrients to and takes away waste from the growing fetus. This is an intricately and miraculously timed hormonal process. All hormonal processes require enzyme catalysts to be carried out in a timely manner.

In normal pregnancy development, the trophoblast matures into the placenta, which provides nutrition and waste removal for the duration of the pregnancy. Dr. Beard correctly identified this change from hardcore invader to lifeline conduit as happening on day fifty-six of the pregnancy. If the trophoblast continued to invade it would eventually eat through the uterine wall and kill the mother. So the mammalian body, in its intelligent design, and more specifically, hormone messengers, tell the trophoblasts to turn off the invasion and instead channel those blood vessels to the growing fetus. The switch from trophoblast to placenta occurs when the fetus begins making pancreatic enzymes.

Dr. Beard analyzed the early placental cells under a microscope. He made an observation that under a microscope, placental cells look exactly like cancer cells. The difference between a cancer cell and a trophoblast is that cancer doesn’t stop invading. Beard hypothesized that if he could figure out what the signal was to change the trophoblast to the placenta, he could possibly apply that knowledge to cancer, and stop it from spreading as well. The signal was pancreatic enzymes. Beard went further to hypothesize that all cancer developed from out-of-control placental cells– left over from the embryonic stage of pregnancy that normally would be controlled by pancreatic enzymes. So cancer develops from a failure of the embryonic pancreas to secrete adequate amounts of enzymes to change the character of the trophoblast–leaving residual trophoblasts to circulate throughout the body and grow out of control.

Enzymes in supplemental form come from plant, microbial, or animal sources. Pancreatic enzymes come from animal sources. Plant and microbial enzymes are active in a pH range of 2-12. This means they work in both the acidic stomach breaking down food, and in the alkaline small intestine. Pepsin, for example, is the enzyme activated in the lower stomach to break down protein. Pepsin is only active in the highly acidic environment of the lower stomach after hydrochloric acid is released. Pepsin is not active in the small intestine—it is too alkaline.

Pancreatic enzymes are destroyed by stomach acid unless they are protected by enteric coating. If animal-derived enzymes like ox bile and pancreatin are not enterically coated, they will work in the alkaline upper part of the stomach, but are then destroyed by the acidic lower stomach. It’s important to remember that the animal enzymes pancreatin, trypsin, and chymotrypsin are only active in the alkaline environment of the duodenum. (Karen DeFelice)

I doubt if you have heard of Karen DeFelice. She taught me everything I know about enzymes. Her books and website (link below) explain their use in everything from ADD/ADHD to migraines and cancer. I’ve been studying cancer for over 30 years. Science is finally proving what natural healers have known all along—cancer is a metabolic disease caused by too many toxins, and not enough nutrients. Enzymes play a critical role in every metabolic process in the human body from keeping our glands working, to digesting our food, to the proper functioning of our immune system.

Could Dr. Beard have found the answer under his microscope in the early 1900’s? Perhaps we had the power all along.

http://www.newspringpress.com/beard.html (The Enzyme Treatment of Cancer and its Scientific Basis by Dr. John Beard)