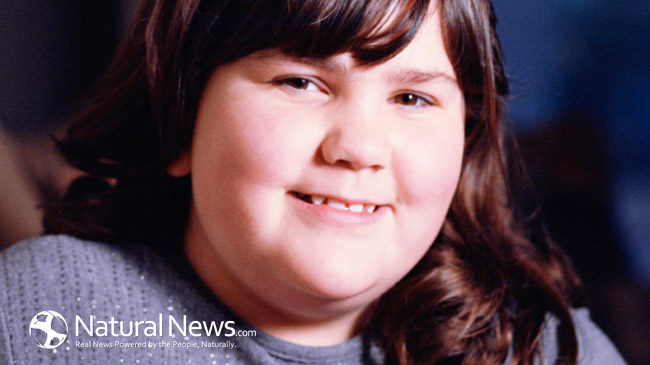 Researchers at Plymouth University have discovered that childhood obesity is linked to the onset of early puberty, a problem that not only has detrimental physical health consequences, but which may also bring about serious social and psychological problems. (1, 2)

In the study, 347 Plymouth, United Kingdom children aged five to 15 were assessed to determine their levels of a protein called sex hormone-binding globulin (SHBG), which plays a role in sexual maturity. (1) The findings concluded that children who were overweight at age five had lower SHBG levels, and as such, reached puberty sooner.

This seemed to be more prevalent in girls than boys. In fact, the lowering age of the onset of puberty is startling: in 1920, the age in which puberty began for girls was 14.6, a stark contrast to the year 2010 in which 10.5 was the age that girls reached puberty. (1)

Lead researcher of the study, Professor Jonathan Pinkney of the Plymouth University Peninsula Schools of Medicine and Dentistry, says this finding provides “. . . compelling evidence that hormonal effects of obesity, and associated inflammation, affect levels of SHBG and hence the age when puberty commences.” (1) She explains that “As a higher proportion of youngsters around the world have become obese, the age of puberty dropped. We now know that the relation between these issues is more than coincidental.”

The social, psychological, and health consequences of early puberty

Dr. Jennifer Ashton, a Board-certified obstetrician and gynecologist, author and TV medical correspondent, says that children who experience puberty at increasingly younger ages are faced with situations typically reserved for adults. (2) She notes that girls with more developed figures are often mistaken as being older, and the sexual attention from older men can not only be uncomfortable, but potentially lead to premature sexual activity. (2) Dr. Ashton says that such premature puberty is “. . . a lot of adult consequences for these children to deal with.” (2)

Hitting puberty at a very early age can also trigger self esteem and anxiety issues in social settings, such as being around friends who may be more or less developed.

Furthermore, Dr. Louise Greenspan, a pediatric endocrinologist, outlines that the health problems of youngsters who face early puberty are plenty. (2) For starters, it’s been shown that earlier breast development “reflects earlier estrogen exposure,” something that is associated with higher rates of breast and uterine cancer. (2)

Dr. Greenspan also explains that girls who develop public hair earlier, if they are overweight, have a higher risk of developing diabetes and diabetes-related problems later in life.

To keep children from becoming overweight, it’s recommended that they enjoy a nutritious diet that replaces junk foods with whole grains and fresh fruits and vegetables.

Physical activity is also encouraged, but rather than intense exercise, ones that focus on fun like family walks and hopscotch are advised. (3)

It’s also been shown that lack of sleep in children increase the odds that they will become obese; studies have shown that a 7-year-old who slept less than 12 hours when they were between the ages of 6 months and 2 years had 36 percent higher odds of being obese than the child who slept for a longer duration during that same timeframe. (4)