Why You Shouldn’t Be Concerned About the Cocoa Crisis 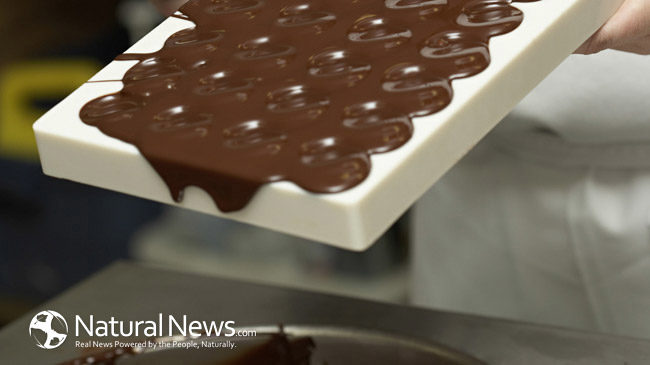 In recent months, sensationalized stories of the imminent end of chocolate have swirled around the Web, sending chocolate lovers into a frenzy. Seemingly authoritative sources state that as soon as 2020, consumer demand for the world’s favorite treat is estimated to outpace production, and the world’s chocolate supply could run dry; in fact, these predictions further assert that consumers will gobble a 1 million metric ton difference in supply and demand. Are these reports true — will the Earth suffer through a cocoa drought in five years’ time?

Plainly and simply, the answer is no. Claims that the world will run out of chocolate are inflated and based on faulty evidence. Read on to learn why this rumor got started and what the future might hold.

The world’s largest producer of cocoa is far and away the Ivory Coast, which generates at least 1.3 million metric tons of chocolate every year. The region’s closest competitor and neighbor, Ghana, produces only half that. However, the Ivory Coast and Ghana sit uncomfortably on the west coast of Africa, which has recently been plagued with drought — and, more terrifyingly, disease: Ebola-ridden Guinea and Liberia share borders with the Ivory Coast. What’s more, the Ivory Coast has been a top farmer of cocoa trees for centuries, and its aging trees are putting out fewer and fewer pods for harvest.

The world’s demand for chocolate is more than double what it was just eight years ago. As China grows richer, so do its citizens’ tastes, and 1.4 billion mouths can hold quite a bit of chocolate. In a similar situation, China’s clamor for stylish sushi is causing overfishing of the already fragile tuna populations in the Pacific Ocean; the country’s desire for decadent chocolate could do the same to the Ivory Coast.

The repercussions of this chocolate scarcity are harsh on the consumer. Many chocolate makers have been significantly raising their prices for years, and after the Ebola outbreak, some manufacturers hiked prices as much as 25 percent. On the other hand, some chocolate manufacturers are staunchly opposed to raising prices; Hershey’s, for example, has been trying to mitigate rising costs of its chocolate products in stores around the country. Still, most chocolate producers say they will be forced to continue raising prices until supply can keep up with demand.

Evidence Against the Cocoa Calamity

The chocolate industry’s main evidence for a shortage is the turbulent conditions surrounding the world’s most abundant cocoa crop — namely, the disease and drought in the Ivory Coast. Yet, the country doesn’t seem to be facing as much trouble as some chocolate manufacturers want us to believe.

In fact, most farmers in West Africa assert that the chocolate business is booming more than ever; last year saw the biggest cocoa crop in history, 1.8 million metric tons of beans, which was a 10 percent increase from 2013. More and more small chocolate plantations are starting up in the Ivory Coast to capitalize on the chocolate boom and meet the substantial demand of the world’s chocolate lovers.

What’s more, the International Cocoa Organization (ICO), a global group consisting of the world’s largest chocolate producing and consuming countries, is baffled by manufacturers’ claims of scarcity. They acknowledge that small fluctuations in supply will result in deficits and surpluses, but this is true of any industry. ICO doesn’t predict any abnormal chocolate shortage in the next five years.

How We Got in This Chocolate Crunch

As more and more evidence piles against the case for cocoa famine, experts are examining what exactly is causing the spike in consumer prices.

Many economists believe it’s because some chocolate manufacturers are raising prices elsewhere as they attempt to enter the budding Chinese market. Because they do not yet have enough supplies to cater to the vast demand of the Chinese, they are claiming scarcity in other, established counties while they pour resources into China.

Other market professionals point to poor public policy for producers. Years ago, a handful of cocoa producers were deserting the industry in favor of more promising crops, including rubber and coffee; to keep farmers interested in chocolate, the government fixed farmers’ prices for the crop. At the time, this raised farmers’ incomes by 30 percent. Meanwhile, as demand increased dramatically, famers’ continued to be paid the same amount, even though chocolate prices in stores continued to increase. Thus, manufacturers pocket the excess while chocolate farmers remain unaware of the continued increase in demand and fail to increase their crop production adequately.

Even a cursory examination into the so-called chocolate shortage reveals that any minor dearth in supply can be remedied by eager and efficient farmers in the Ivory Coast and other chocolate-producing countries. However, it’s still possible demand eventually outstrips supply, especially if China turns out to be as voracious for chocolate as other countries, which could see everyone’s favorite treat increase in price.