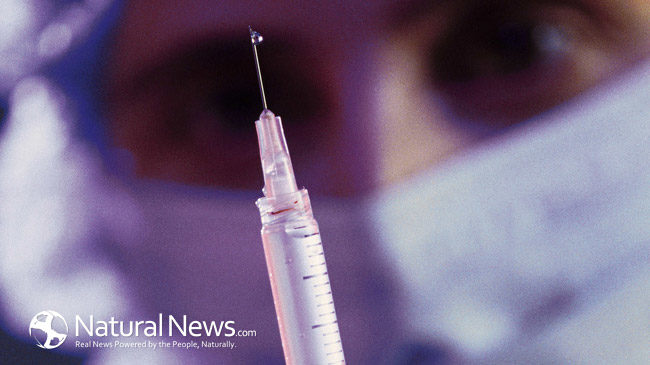 In early June the mega-corporation, Johnson & Johnson, announced that they are making great progress on their much-anticipated Covid-19 vaccine. Initially, testing wasn’t expected to begin until September, but now the company is expecting to start by mid-July.

No doubt this will come as great news to millions of American television watchers who’ve been living in a state of perpetual fear for roughly four solid months now. “Alas” they’ll exclaim, “the good folks at Johnson & Johnson have saved the day with the antidote to this hideous plague! Life can finally go back to normal! Zzzzz”

The choice of Johnson & Johnson as the company that’ll lead the charge towards ending this ‘global pandemic’ is a bit ominous for a few reasons, however.

On Tuesday June 23rd, Johnson & Johnson was ordered by an appellate court in Missouri to pay over $2 billion in damages to women who claim their ovarian cancers were caused by asbestos in the company’s talcum powders. The victims claim the company knew about the asbestos but kept it a secret from the public for decades. According to the New York Times: “In its decision, the appellate court noted that the company’s internal memorandums from as far back as the 1960s indicated that its talcum products — referred to as the “golden egg,” “company trust-mark” and “sacred cow” — contained asbestos, and that the mineral could be dangerous.”

It’s unsettling to think that these same mendacious quacks are the ones expecting us all to line up and submit to their injection when the time comes! Can Americans really be so stupid? How many employers, without taking the time to research J & J’s ignoble past, are going to make it mandatory for employees to receive the vaccine before returning to work? How many parents will foolishly subject their children to these criminal’s newest concoction without so much as looking into who is actually behind it and what their track record is in betraying the public’s trust?

Needless to say, Johnson & Johnson haven’t exactly earned a reputation for being forthright about potential harms caused as a result of using their products.

In 2019 the company was ordered by a Philadelphia court to pay $8 billion to a man who claimed “that it failed to warn that young men using its antipsychotic drug Risperdal could grow breasts.” The unfortunate man’s lawyers, who obviously understood the impetus behind J & J’s business tactics, stated: “This jury, as have other juries in other litigations, once again imposed punitive damages on a corporation that valued profits over safety and profits over patients … Johnson & Johnson and (subsidiary) Janssen chose billions over children.”

That last sentence is deserving of deep contemplation.

Above are just a few of the recent scandals involving these corporate crooks. There have been many others. A quick search on Wikipedia will furnish the inquisitor with some idea of this company’s sordid history. After reading the numerous ethical scandals, think to yourself “Do I really trust this company enough to have their product injected into my body or the bodies of my children?”

Johnson & Johnson’s P.R. trouble doesn’t appear to be going away anytime soon. According to the New York Times, the company is still facing “thousands of lawsuits from consumers who claim its talcum products were contaminated with asbestos that caused cancer.”

Hopefully people will think of J & J’s horrendous track record when the company – equipped with its brand new Covid-19 vax – no doubt tries to present itself as the benevolent savior of all humanity. We know that the corporate-owned mainstream media will be cheering them on every step of the way.