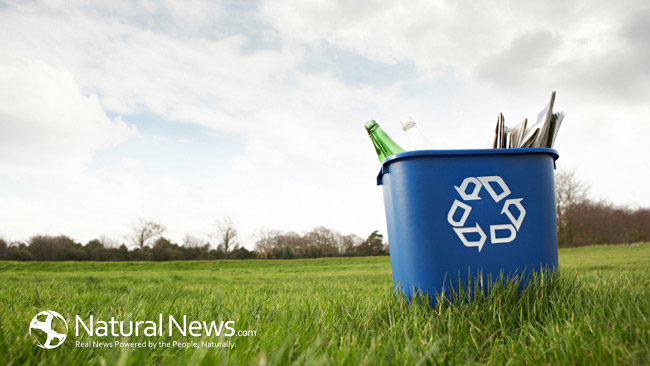 When dealing with the issues of clean air in enclosed spaces the best experts in the world are the ones whose job is to create safe work and living environments for long-term use.  When you think of such situations where would you expect to find such enclosed quarters where complete air containment is essential for survival?  Two main areas or environments come to mind.  The first is where air does not exist – space.   And the second is where air exists but we cannot breathe it – underwater.

When we think of ways to purify indoor air, what are some methods that come to mind? How about:

These are some of the most common forms of air purification methods used throughout the world.  The two biggest questions we must ask when looking through such a list is:

These are very important questions when it comes to trying to purify air in your home or office, but vitally so if you happen to be designing microenvironments inside shuttles for space or underwater bases and tunnels.  The interesting thing is that what we are told by air purifying product manufacturers and what we are told by NASA, the EPA and NEHA are not the same.

We are told as consumers that Ozone Generators (Negative Ion Generators) are beneficial for indoor environments for cleaning the air.  Did the companies that make such machines bother to check the reports by the EPA and the NEHA to find out that ozone is one of the biggest culprits in the creation of smog?  Hospital reports across the country state that when ozone levels are highest in the lower atmosphere, more folks are hospitalized for lung conditions than any other time.  Interesting.

Ozone is, of course, vital for the survival of life upon the face of the earth.  It is naturally occurring in our atmosphere and even lightning generates ozone.  After a good lightning storm you can literally smell the ozone in the moist air.  This shows us that ozone is particulates that have been electrocuted or charged electrically.  So why does ozone prove to be so bad for people during high level ozone times?

Ozone naturally exists in its own environment (the stratosphere) where it does the highly important job of absorbing and filtering ultraviolet light from the sun.  Without ozone in the stratosphere, earthbound life would cease to exist.  The UV rays would destroy all living creatures on the surface of this world.  The problem is not that ozone is in the atmosphere, but rather that ozone builds up on the surface of the earth through certain technologies of the modern world.  This build up is proven by the EPA, NEHA and NASA to be toxic and therefore extremely harmful to our systems. (EPA Link) The respiratory tract of sinuses, mouth, throat, bronchial tubes and lungs are detrimentally affected by ozone.  Asthma, shortness of breath, throat and sinus irritations, chest pains, lung infections and even eye irritations are typical symptoms that occur when exposed to high levels of ozone. (EPA Health Link)

So with that knowledge we must question why in the world would companies make Ozone Generators for our homes and offices?  Not only do these machines obviously create ozone in our buildings, but not only does the ozone not clean the air, but also harms the respiratory tract leading to a greater risk of infections, lower immune system and contraction of bacterial and viral “bugs”.  The EPA has shown in reports that ozone generators DO NOT remove such common air pollutants as formaldehyde, gases and carbon monoxide!  Another interesting point is the fact that tests have shown electrically charged air (ozone) creates toxins that affect other parts of the human body like skin and other organs non-beneficially. Even more nasty is that ozone can mix with other airborne chemicals to create corrosives which can be seen destroying material items in homes and offices!  What the heck does that due to the lungs?

The EPA states the following,

“Mountain-fresh air”, “activated oxygen”, “superoxygen”, “saturated oxygen” among others are some of the pseudo names for ozone that manufactures use to try tricking you into thinking their product is safe and good for you.  Do not be fooled!  The National Aeronautics and Space Administration, the Environmental Protection Agency and the National Environmental Health Association all state through their high tech testing proof that ozone is dangerous to human health and does not even remove some of the most dangerous indoor air pollutants.  Yet manufactures constantly try tricking the public into buying machines that produce ozone to use in the home and office environments.  I urge you to do your research.  Go to the websites of the EPA and NEHA and study for yourself.  This research is public information.

Now usually I do not buy into half of what government agencies state as “truth”, “fact” and other titles claiming to be in our “best interest”.  However, in this case I do believe the reports and tests.  It is within my own personal experience that I have found truth in the statements of the reports and tests.  I have been around ozone generators and not only felt the non-beneficial effects, but also have seen the effects in health and well being.  Long before I began studying the effects of ozone I would experience some of the respiratory issues listed in the reports.  I would find mold in humidifiers, air conditioners and even on the filters of electronic air purifiers.  Many times after running such appliances I would smell the mold in the air.

I am also a student of the wilderness and have learned well that the placement of things is for very specific reasons as to the natural workings of the environment.  Ozone exists in the stratosphere, not on the earth’s surface.  That should tell us something and be the first major clue when asking if ozone is indeed healthy, beneficial or not for the surface life on the planet.

When we look to many of the name brand electric air cleaning machines we find that they also produce ozone as a means to clean the air, not all of them, but many.  Mechanical air purifiers that use the flat mesh screening and HEPA filters work fairly well so long as the filters are replaced regularly.  Also it is important to keep all filters in the air purifier dry.  If they get damp from high humidity they will grow mold and bacteria.

Dehumidifiers work great in keeping an indoor environment free of high humidity, which is a common cause of mold growth.  For electric machines that keep indoor environments free of mold, I think, good quality dehumidifiers are the best option out there.  I am not, however, a fan of humidifiers as most of them build up bacteria and mold in the water pans and tubes.  If you do use a humidifier I suggest you add essential oils to the water pan such as tea tree, cedarwood, cinnamon or patchouli.  Each of these works well for killing molds.  As a matter of fact you can create a mixture with the tea tree, cinnamon and patchouli oils to add to the water pans.  Just make sure you keep an eye on humidifiers because the less expensive ones can leak and get carpeting wet, which can then mold.

I have written about using essential oils as steams and sprays to kill bacteria, viruses and molds before. You can find one such article Here.

Air conditioners are another way to reduce humidity, but I am not a fan of air conditioners for a few reasons.  The first being that air conditioners remove water from the air by lowering the temperature and this water builds up in the air conditioner before running out.  The water contained in the unit can build up mold and other nasties.  Many air conditioners also utilize toxic chemicals to cool the air. Furthermore the air conditioning units alter the atmosphere temperatures to such a degree as to stress the respiratory system. Our bodies are structured to adapt to the seasonal environmental conditions.  When it is the warm season and we constantly go in and out of air conditioned buildings and spend long hours in the air conditioning, when we move outside into the heat it literally shocks the respiratory system and eventually lowers the immunity of the body.  The lungs are the first defense organ of our immune systems and when we weaken the lungs through stress or toxins of any variety they cannot properly defend against pathogens.

I have found one of the very best methods, and most reliable for cleaning indoor air is the use of live plants.   Through countless tests around the world plants have proven to be the best air purifiers on the planet.  Not only do they produce oxygen, they also absorb all manner of chemical, gaseous and particulate contaminants and neutralize them.  This includes molds, bacteria and viruses.  I wrote an article on this a good while back as well that you might be interested in.  You may read the article Here.

Even NASA has run many tests for a time to see how well plants worked in contained areas to purify the air and came to the conclusion that they were indeed among the very best resources for doing just that.  I believe the majority of testing done by NASA on plants as air purifiers took place in the 80’s.  As you will see in my plant respiration article, plants can absorb toxic gasses that all those plug in “air purifiers” cannot and do not.  Plants are far nicer to look at and they bring a relaxing energy into the enclosed space that you will never find in an electronic “air purification” device.  Look to the natural world and those we share this planet with for answers.  Ozone exists in the stratosphere, we do not, so leave it up there.  Plants exist down on the surface of the earth with us, learn from them.