How Prepared Are You for an Economic Collapse? 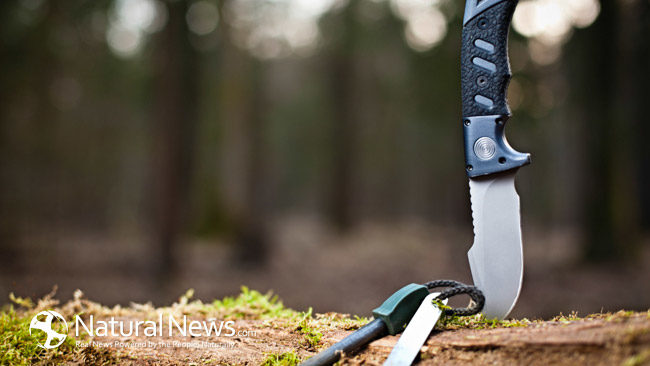 How Prepared Are You for an Economic Collapse?

These days almost everyone is talking or is aware of our national debt, ongoing militarization and near brink of an economic crisis.  In fact, throughout history, especially in the 19th and 20th centuries, economic crises occurred several times in our own country.  From the greenbacks introduced after the civil war to the great depression even to the gold standard act in which citizens could be criminalized and jailed if they did not turn in their gold.  During an economic crisis the majority of the average citizens’ property value and even business worth are taken against their will by their own government in eventual return for an inflated ‘newer’ currency.  Of course, the citizenry has to suffer first in each economic crisis before submitting to the new form of controlled currency at an inflated rate.  This leads to the question.  How prepared are you for an economic collapse?

A crisis will begin and currency will be no more.  Instead, especially as witnessed in Venezuela, trade and bartering will become the new way of life.  This means what skills you can offer or provide will become your new way of earning an income or at least just food for you and your family.  Learning as many trades as possible will give you the chance to offer other people your skill set if currency and rule of law are no more.

Trade and bartering date back to before currency became a controllable commodity itself.  For example, in the ancient days of Greece the people met every day in the Agora to talk news, trade supplies and even make deals, arrangements and pacts.  Everyone traded with everyone, what you offered eventually became of value to the right person in every town.  Often times many people offered several different trades or specialties helping to advance scientific theories, technology and methodologies of their time.

This form of trade died out once currency became the main commodity to gain access to which you seek.  Small businesses and trade squares were squashed to make room for supermarkets and supermalls owned by few very powerful corporate identities.  Fortunately though several communities have picked up a form of “agorism” both knowingly and unknowingly and have begun trading their specialties amongst themselves in place of the current currency sinking in value.  From food to massage therapy many individuals have even picked up farming in order to increase their own knowledge and trade value.

Just to avoid the fact that rule of law is no more families will take up homesteading.  If they’re not growing crops than they will be raising livestock.  Many of these families that conquer homesteading will become small communities that will be able to sustain themselves in any crisis that comes along.  It is possible learn the trades of homesteading even if it is just harvesting meat to be able to offer a specialty amongst a community that must take these tasks on.

Even a basic bug out bag properly stored is a step up as opposed to scrambling for all of your important supplies while looting and rioting is happening in your neighborhood.  Will you really remember your photo albums, birth certificates and passports during a crisis like that as well?  The key is to prepare as much as you can even if it is just the very upmost essential supplies in a basic bug out bag for the entire family stored and ready to go.  Expanding beyond that would be wise as well preparing a bug out bag for each individual and keeping them close to hand.  Copies of all of your important documents kept safe and prepared will also help you in a recovering situation as well.

Survival kits range from SHTF toiletry kits to basic IFAKs (Individual First Aid Kits).  Depending on what you foresee for you and your family will determine what survival kits you are keeping on hand.  For those who see themselves defending their family and communities IFAKs are purchased or prepared so they may have the proper medical supplies on hand in case of injury.  Toiletry kits are prepared so that the entire family can maintain basic hygiene in order to maintain preventative medicine.

These survival kits can be kept anywhere from the home to the car such as the survival kit in a pill bottle which provides basic supplies in case your vehicle breaks down in the wilderness.  There are a range of survival kits that should be thoroughly researched as they are an advantage of foresight that most people already are not taking advantage of.

How prepared are you for an economic collapse?  Honestly ask yourself. Gangs, thugs and small bands of militia will rise up and take to the streets once rule of law is no more.  Essentially everyone will be out to establish their own rule of law.  Will you be one of those people?  Weapons handling is essential to modern day survival whether for basic hunting or defending against intruders and those who would do you harm.

Starting with your basic hunting weapons begin to master the elements of hunting in your region.  Research what common prey are around, how far and what rifles will take your game down with as much ease as possible.  Meanwhile research what weapons are suitable for your home and residential area.  Having a rifle for self defense that allows you maneuverability in an urban environment is your American right to preparing yourself against both domestic and foreign enemies.  Understand what rifle will allow you this than take the time to research your training.