Pesticides and Vaccines—are they saving us from disease or poisoning the human race? 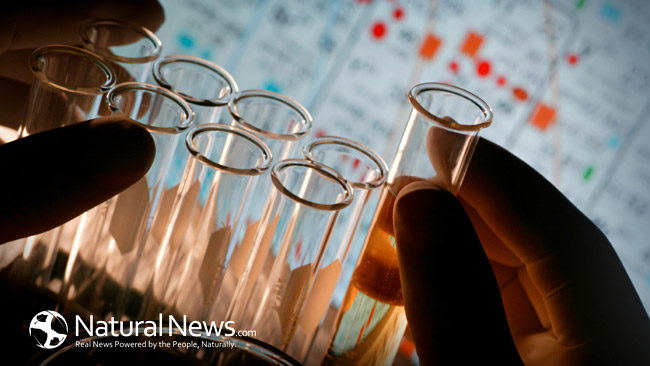 I’d like to thank Mike Adams aka The Health Ranger, for allowing me to contribute on this forum since 2012. I am no longer allowed to post these on Facebook.

It never ceases to amaze me, that people are lining up to get the experimental “FDA approved for emergency use only” biologic injection. Despite months of education and empowerment about Hydroxychloroquine and Ivermectin–people refuse known, safe treatments to be guinea pigs in a vaccine study. Not one single person I’ve asked, has said they have read or been offered the 30+ page insert before injecting an unknown experimental biologic into their body. But every single person has assured me (even well-known doctors) that “they did their research” and made the conscious choice to get the Pfizer or Moderna injection.

When media censors and vilifies doctors and healthcare workers that speak out against experimental vaccines, and advocate for safe effective decades old Hydroxychloroquine and Ivermectin, but no one sees them on any media outlet—will they ever really be able to do their own research?  One of my friends asked me recently, “Have you ever thought of just letting the blind remain that way since they cannot/refuse to see? They are exhausting.”

I cannot do that. I wish I could. But truth matters to me. Education and empowerment are my life purpose. What good is a vaccine if you still have to wear a mask? And I’m a hugger. Perhaps people stay silent because they think one person can’t make a difference. Rachel Carson, the author of the book Silent Spring, proved them wrong. (1)

This whole fear and propaganda campaign is not new. It has been played over and over with AIDS, Zika, Ebola, SARS, MERS. I’ve been in the healthcare profession through all of those. I saw how Dr. Fauci pushed an HIV vaccine that was disastrous and eventually taken off the market.  Even polio—yes, the gold standard elevated to almost miracle status- that everyone defiantly brings up whenever the safety of a vaccine is questioned—because people “would still be in iron lung machines.”

Let’s “circle back” to the very beginning, to polio, shall we?   Perhaps the events surrounding the development of the polio vaccine will remind you of the current state of affairs. Remember, everything new is well forgotten old. Please always do your own research—while you still can.

First—you must understand some facts about viruses. On any given day, there are an estimated 10 nonillion (10 to the 31st power) viruses floating around the planet.  And even bacteria outnumber our own human cells 10 to 1 (60 trillion bacteria/6 trillion human cells). (2)

All of nature has two purposes: survive and reproduce. Viruses, unlike bacteria, have no cell wall and no nucleus. They have no stingers and produce no toxins.  They are the most innocuous, minimum forms of life—similar to a seed or spore because they only become active when they find the right soil or carrier to transport them to the cells they need to survive. Viruses are, however, extremely intelligent and have a highly sophisticated sense of their environment. They seek to find the cellular organisms within which they can reproduce. Without a cellular host, they remain in a state of hibernation—very much like plant seeds. In this state of dormancy, they move with air currents, in water, or simply rest dormant on the soil until they come in contact with a life form that contains the cells they need to awaken from their sleep.

In respiratory viruses like influenza and SARS, the virus enters respiratory droplets and stimulates coughing and sneezing. These droplets are then breathed in by new hosts. Rabies, on the other hand, affects a part of the brain that then causes uncontrolled biting. At the same time, the virus swarms in billions into the saliva of these infected animals. Every time the animal bites something, the virus is transmitted to a new host. Still other viruses, spread by mosquitos, swarm into the bloodstream and there stimulate the release of chemicals through the host skin surfaces that call mosquitos to the infected host so that the virus can be picked up and spread to others. The HIV virus enters the body through unprotected sex– while those uncomfortable stomach viruses enter by being eaten from food surfaces (enteroviruses). Viruses may be a minimum form of life, but they are very good at getting to the places they need to get the cells they must have to survive.

What causes a virus to awaken from its dormant state and seek the host it needs to survive and reproduce?

The disruption of healthy naturally occurring habitats and ecosystems by human incursions stimulate viruses to jump species and one of these species is the human one.

In the mid-1940s, the first synthetic pesticide was introduced in the United States. Dichlorodiphenyltrichloroethane aka DDT was initially used by the US Army in Naples to stop a typhus epidemic. It was then discovered that DDT could kill the mosquitos that spread malaria. And thus began the massive spraying of individuals, houses, groups of children, the military—it was heavily sprayed all over the world in malarial areas. The eradication program was very successful.

“It was believed at the time that polio was spread by mosquitos that carried the disease, and so the decision was reached to tackle areas with a high rate of polio with pesticide. DDT was perhaps the best and most effective pesticide available at the time, and so an astonishing 1.34 billion tons of the chemical was sprayed across the United States in the years between 1946 and 1962.” (3)

(Unfortunately, for the Zika outbreak a few years ago, the aerial spraying of the 1950s pesticide “Naled” was not met with enthusiasm.)  Fool me once . . .

DDT was created as a pesticide to kill the mosquitos spreading disease. But what about the people being sprayed? Many saw it as almost a miracle cure for typhus, malaria, and polio—considered one of the deadliest diseases of the time. And certainly, if it meant staying out of an iron lung machine—then it was considered worth it. Because that is what people were told by those who were considered “experts” at the time.

But not everyone was convinced about the safety versus the harm of pesticides. Rachel Carson compiled mounds of research despite the fact that she was already suffering from the cancer that would eventually kill her. With her science background, she provided documentation of how the pesticides being sprayed were destroying the birds in the air and the fish in the streams and other wildlife. She never called for a complete ban on pesticides—just the DDT because its movement through the environment couldn’t be contained. DDT residues are fat soluble, which meant they were stored in animal fat tissues. This also meant that the pesticide content in their fat was recycled and uploaded throughout the food chain. This included breast milk.

For most of the 1950s DDT became a focus of congressional hearings regarding the safety of the food supply. Pharmacologists expressed concerns regarding the toxicity of the DDT and the fact that people were not taking warnings to heart. An FDA scientist named Arnold J. Lehman testified that “small amounts of DDT were being stored in human fat and accumulating over time and that, unlike with the older poisons, no one knew what the consequences would be.” (4) Rachel Carson wrote: “The fact that the suburbanite is not instantly stricken has little meaning, for the toxins may sleep long in his body, to become manifest months or years later in an obscure disorder almost impossible to trace to its origins.”

Speaking of poisons stored in your fat—

“The newly licensed COVID-19 vaccines contain myriad identical RNA strands all coding for a critical section of the coronavirus’s spike protein. This protein is easy for the immune system to attack because it sits on the virus’s outer surface. The vaccine’s RNA strands are hidden inside of nanoscale fat globules, which keeps our immune systems from flipping out and going all medieval on our tissues.” (4)

Once again, fat is protective. The human body, in its innate wisdom, stores toxins far away from the vital organs to protect them. So if the vaccine particles are encased in “fat globules”—they could be stored indefinitely and manifest “years later in an obscure disorder almost impossible to trace to its origins.” Unfortunately, some people are already experiencing their “immune systems flipping out and going medieval” aka having a severe autoimmune reaction to the injection. Sadly only the people at the very top, those people actually creating the vaccine, know what is in it that could possibly cause the body to attack itself once injected. It’s just too new.

Of course, those people who only saw the benefit of pesticides were furious with Rachel Carson. And—just like today, she suffered from vicious personal assaults on her character that had absolutely nothing to do with the science or merits of pesticides. But even with advanced breast cancer, she continued to provide valuable research about the dangers of pesticides to the environment and its inhabitants. By the time her book was published, insects were already becoming resistant to the pesticides launched against them. Her work caught the attention of President John F. Kennedy who established a Presidential committee to investigate pesticides. Together, they worked hard to build up what would eventually become the EPA.

DDT use continued well into the 1950s, with little or no impact on the rate of polio. Rachel Carson published Silent Spring in 1962 and died in 1964. Even with her book and additional government research—it still took the U.S. government until 1972 to ban the use of DDT.