Peanuts As a Source of Pterostilbene, a Potent Antioxidant 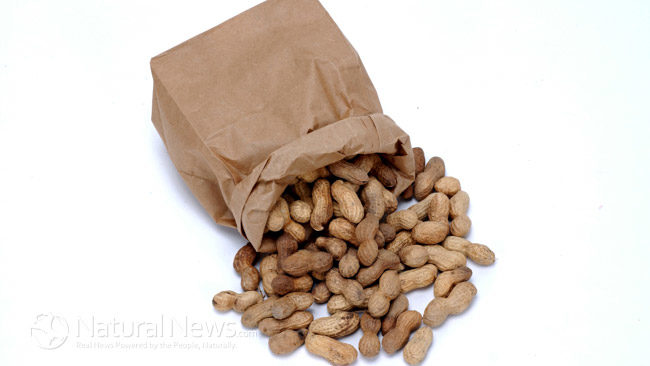 With March being National Peanut Month, consumers are likely to be focused on the health benefits of this legume (it’s actually not a nut!), which is one of America’s most popular foods: Americans love their peanuts, consuming an average of more than six pounds of peanuts and peanut butter annually. Peanuts also account for two-thirds of all snack nuts consumed in the United States.

Peanuts are packed with nutritional punch – they are a good source of dietary protein (they have more protein than any true nut) and contain dozens of essential nutrients, including vitamin E and the important B-complex group of vitamins, as well as dietary fiber and minerals such as iron, magnesium, zinc and selenium. What few may know, however, is that peanuts also contain a compound called pterostilbene that has many important health benefits, including for heart health.

Pterostilbene belongs to a class of compounds called stilbenoids, which, in addition to peanuts, are found in small berries such as blueberries, especially wild blueberries, and red-skinned grapes. Stilbenoids are phytoalexins, compounds that are naturally produced by plants when they are under attack by pathogens such as bacteria or fungi – in other words, they are a part of a plant’s defensive arsenal. Another phytoalexin is resveratrol, a stilbenoid that has been linked with the health benefits of wine. While pterostilbene and resveratrol have similar properties, pterostilbene, which is commonly referred to as the “better” or “next-generation” resveratrol, is more potent because of its greater bioavailability (more on this later).

Stilbenoids are potent anti-oxidants, meaning that they help fight free radicals caused by oxidative stress and support healthy cellular aging. Stilbenoids have also shown promise for the support of heart health, cognitive function, sports nutrition and the management of weight, and blood sugar maintenance. For example, a human clinical trial led by Dr. Daniel M. Riche at the University of Mississippi found that members of a study group receiving pterostilbene whose blood pressure was already within normal ranges achieved significant reductions in blood pressure by comparison with a placebo group. “We saw reduced overall blood pressure in patients who received the high dose of pterostilbene,” said Dr. Riche, who is the cardiometabolic clinic coordinator at the School of Pharmacy. “The results highlight that pterostilbene is a promising ingredient in the area of cardiometabolics.”

The study of 80 adults was conducted with pTeroPureÒ, a patented form of pterostilbene produced by ChromaDex Corp. The results were presented to the American Health Association’s Scientific Sessions on High Blood Pressure Research in 2012. While many animal studies have found pterostilbene to have health benefits, this was the first study of the pure compound conducted in humans.

Pterostilbene has also demonstrated benefits for the control of blood sugar, already in the normal range, which is especially important in light of the national epidemic of this disease: according to the National Diabetes Association, 8.3 percent of the U.S. population suffers from diabetes.  Studies have demonstrated that pterostilbene may help support healthy blood sugar levels by encouraging the body’s natural production of insulin. Pterostilbene also helps in weight control, with overweight being a major risk factor for type 2 diabetes, as well as for heart disease. The same University of Mississippi study which found pterostilbene to be effective in reducing blood pressure also showed that the pterostilbene group achieved a reduction in weight by comparison with a control group.

While pterostilbene has been linked to many health benefits, consumers would have to ingest large amounts of peanuts or other stilbenoid-containing foods in order to reap clinically relevant health benefits. With regard to blueberries, for instance, a consumer would have to eat more than 500 cartons to get a clinically helpful amount of pterostilbene. The good news is that stilbenoids are widely available in supplement form, thus allowing consumers to obtain a clinically relevant dose that is the equivalent of pounds of peanuts or blueberries in a single daily capsule. The question then becomes which form — pterostilbene or resveratrol – is better in terms of reaping the many benefits of these amazing compounds.

So as we celebrate national peanut month, it’s important to keep in mind that while the stilbenoids in peanuts offer many health benefits, in order to ingest enough to achieve a clinically relevant health benefit, you should bring nature to the vitamin shelf in the form of a daily supplement, preferably in a highly bio-available form such as pterostilbene.

For more information on consumer products containing pterostilbene, please visit www.pteropure.com. To hear what the famous “Mr. Peanut” had to say about the nutrition of peanuts in his online “TED Talk” video, visit https://www.youtube.com/watch?v=TeFi19rUOl4.