The Opium Wars — Then and Now 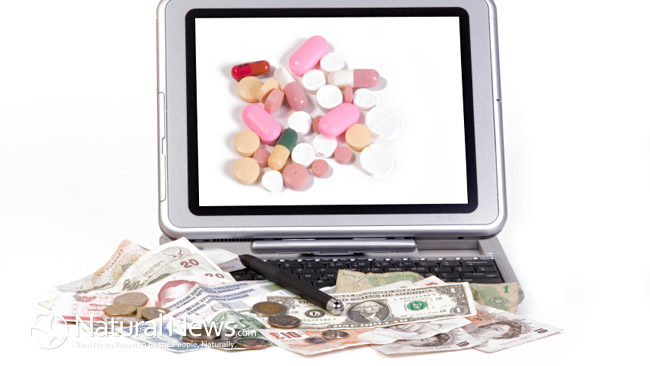 As a child, I remember studying about the Opium Wars in Social Studies class. The text books would have pictures of Chinese people smoking pipes of opium. The history book would explain the war between China and England, for no loftier purpose than to keep China’s harbors open to opium ships inbound from India, whose colonial economy depended on the export of opium to the Chinese population. The books also contained illustrations of the supposed stupor that the people of China were under from smoking the opium plant during this period (1800’s) of history. At the time, it was very interesting to me. The pictures would provide the illustrations that I still keep in my head to this day. I was baffled by the whole thing; wondering what economy would entice so many people in one country to be getting high on opium; and of course, going to war to get it.

Fast forward 200 years, and I can’t help but see the similarities between today’s modern day Western Culture and the Opium Wars of the 19th Century. America is currently the largest consumer of opium (in the form of prescription drugs called opiates and their synthetic cousins, opioids) in the world — by far. “Americans consume 80 percent of the world’s painkillers, which translates into more than 110 tons of addictive opiates every year,” the BBC reports. Everything from Morphine to codeine is comprised of opium. But we don’t call it opium, the pharmaceutical companies brand their formulas with names like Percoset®, Vicodin®, Morphine, OxyContin®, Lortab®, hydrocodone, and so many more. You ask 9 out of 10 consumers about the constituents of Lortab or Vicadin, and they mostly likely have no idea they are using opium. From the doctors to the Pharmacists to the bottles themselves, the word opium is rarely communicated in any way, shape or form during the entire process of prescribing the medicine.

Where does all this opium come from? It’s illegal to grow in the US.

In theory, the pharmaceutical companies take $1M of market-priced opium that they import from the fields of Afghanistan and they cut it, or dilute it, with cheap chemicals to make $10M of Lortab® or Vicodin®. It’s all done wearing white aprons in large laboratories that give the general public the feeling that the pharmaceuticals or the biomedical industry is responsible for making this amazing pain-relief “medicine”. But the truth is, the medicine is derived from the opium plant, and the laboratory is where they dilute the medicine with cheap chemicals so they can make huge profits.

How do the Chemicals from the laboratory affect the nature of the opium plant medicine?

Who Knows? What we do know is that 29,000 people died of opiate related overdoses in 2014 in the U.S. It is the first time since 1940 that the number one cause of accidental death was not the motor vehicle—now it’s pain pills. This is not just a problem for “drug addicts” as almost twice as many people are dying from prescription opiates than are from the illicit drug heroin. How did we get here? According to the Centers for Disease Control and Prevention (CDC), “the number of opiate prescriptions written has quadrupled to 260 million since 1999. That’s enough prescriptions to give one bottle of painkillers to every U.S. adult.”

Are we really allowing the “doctors” to prescribe this dangerously addictive, chemically infused opium; and enabling profiteering by the pharmaceutical companies who are hiding behind brand names while allowing insurance companies to pay for the use, abuse and addiction of these harmful drugs?

So we are not just getting high on opium like they did in China way back when; we are actually overdosing and killing ourselves with the introduction of these cheap synthetic chemicals that are used to cut the cost of the pure opium plant. Fillers, additions and adulterations of the naturally occurring, pain killing compounds are what allow the pharmaceutical companies to patent these drugs and turn huge profits. What effect do these adulterations have on the users? Each of the 20 some thousand deaths a year is a testament to that. The fact is, although I remember reading about the addictive nature of opium during the Opium Wars, I never read anything about people dying or over-dosing. Now it’s happening at an alarming and ever rising rate.

The majority—if not all—of the opium that is imported to America is from a region of the world that America “occupies”, Afghanistan. In fact, opium production in Afghanistan has increased dramatically since 2004, when US troops invaded Afghanistan. How much Opium is being imported from Afghanistan is a very difficult number to find out. No surprise.

According to Professor Michel Chossudovsky, “One of the ‘hidden’ objectives of the war was precisely to restore the CIA sponsored drug trade to its historical levels and exert direct control over the drug routes. In 2001, under the Taliban, opiate production stood at 185 tons, increasing to 3400 tons in 2002 under the US sponsored puppet regime of President Hamid Karzai.” (Global Research on March 15, 2015)

According to Telesurtv, “The production of opium increased 40-fold in the 13 years of the U.S. intervention in Afghanistan… Author Mike Whitney wrote an article for Counterpunch in November 2014, stating that Taliban had virtually eradicated poppy production before the United States launched the intervention in 2001.”

It is now estimated that 90% of the world’s opium production is from Afghanistan. What would happen if we pulled our troops out of Afghanistan? Would the pharmaceutical companies and pharmacies go out of business? What would the hospitals do for pain relief? Would America survive without their Vicodin, Lortab, or OxyContin®?

I wonder what our children’s children will be learning about the opium Wars of the 21st Century in their history books. Do you think they will use a picture of the orange pill bottle instead of the opium pipes of yesterday? Or maybe a photo of the legal “drug” stores we call Pharmacies, where you can pick your opium up at the drive-thru window without even getting out of the car. And if you pay into a monthly fund called “health insurance”, your monthly opium is “covered” by a 3rd party “health care” provider. How convenient.

I am not sure how to end the modern day opium wars, but let’s start by putting the ingredients on the bottles in big bold letters so people know that they are consuming opium. They should also know the chemicals that they are consuming. It brings tears to my eyes to think of my best childhood friend dying of an opium overdose at age 25. It was of course told to me as an overdose on OxyContin®, not opium. Think how many people in your life struggle with addiction or even overdose of these drugs? I bet everyone knows at least one person. That’s how big this problem is.

The opium epidemic is humungous and for real, so let’s get it on the front page of the newspaper and cover of the magazines. We need to educate ourselves on the dangers as well as the industry surrounding opium. Not Percocets or Vicodin® but opium. As well as inform people about alternative methods of true natural healing remedies from reputable sources that our bringing back the lost art of pure plant medicine.

America is addicted to opium and the Pharmaceutical Corporations are making a “killing” on the trade. From opium farmers and armed soldiers in Afghanistan, to patient’s overdosing from doctor prescribed Opiates, to huge profits by the Pharmaceutical, Insurance, Medical and Defense Industries, the “killings” are everywhere along the opium trail.

But in my opinion, we are all at fault for funding this Opium War with our tax dollars; and standing by while allowing our doctors to prescribe these highly addictive drugs. The forces in play are strong and powerful. The illustrations of the Chinese smoking a pipe filled with opium seem harmless when compared to the Opium War America is in. Our own people are dying at war and from our hidden addiction to opium.

Heroin-Related Deaths Have Quadrupled in America

US to Blame for Spike in Opium Production in Afghanistan

Doug Wolkon is founder of Kauai Farmacy in Hawaii. The Kauai Farmacy gardens are home to some of the most powerful herbal supplements in the world; growing over 60 varieties of medicinal plants. Herbal teas, powders and salves are hand-crafted by skilled artisans for ultimate potency, balance and freshness. https://www.kauaifarmacy.com