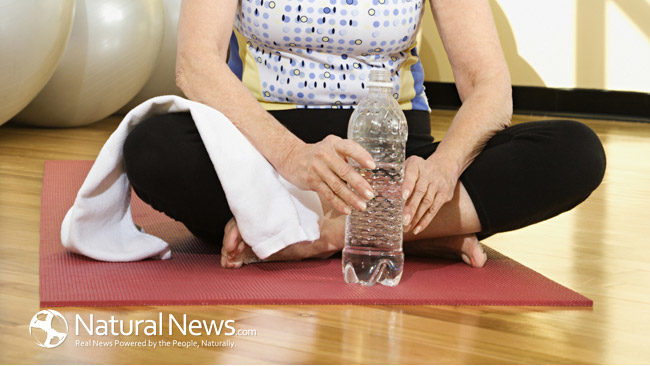 Imagine an approach to reversing the effects of Alzheimer’s disease that did not include any drugs, only through a personalized therapeutic program that includes yoga for stress, physical exercise, and nutrition.  In fact mostly through nutrition and essential nutrients.  Dr. Dale Bredesen who is associated with the Mary S. Easton Center for Alzheimer’s Disease Research, Department of Neurology, UCLA and the Buck Institute for research on Aging in Novato, California published a report in September, 2014 titled “Reversal of cognitive decline: A novel therapeutic program” in which nine out of ten patients had significant improvement in cognition beginning within 3 to 6 months, the one failure being a patient with very late stage Alzheimer’s disease.  Six out of the ten patients had had to discontinue working or were struggling with their jobs at the time of they began the therapeutic program were all able to return to work or continue working with improved performance.

I have been researching nutrition for years, due to my issues with weight, but never really understood until in November of 2013 I weighed in at 322, down from my highest at 337, I was on medication for high blood pressure, my right hip hurt so bad that each step I took I was not sure I could hold my weight, and my right knee also chimed in with pain of its own.  In November, 2013 I decided enough was enough so I began my own “Novel Therapeutic Program” to lose the weight and stop hurting.  I began my search through the internet and found that all the articles came back to one basic premise and that was that nutrients, especially essential nutrients,  were the most significant way to fix my body’s problem.  If I consumed the correct amounts and types of nutrients I should lose the weight according to 90% of the articles I researched, exercise making up the balance.  So I began my intimate relationship with fruits and vegetables, fish and chicken, and quinoa.  I stop eating, well mostly stopped eating, processed foods from the Big 10 manufactures (look them up, they are easy to find), stop eating, again mostly, simple carbohydrates, and no breads, pastas, or starchy foods after 4:00PM.  I did not take it so far as to selecting  only organic produce, I wanted to be real, nor did I rely on all organic meats, frozen tilapia from Walmart believe it or not were my choices.  To make a long story short in the 14 months since I began my journey I am now 92 pounds lighter and have twenty more to go for my goal of 210 pounds.  I no longer need medications for high blood pressure and my hip and knee is back to normal, at 58 that is not bad at all.

Now you might say what does this have to do with Alzheimer’s disease, if you read Dr. Bredesen’s report in Table 1 of the report, eleven of the twenty-five or so items listed as the System involve nutrition or nutrients and another couple had to do with exercise and yoga.  To me this is a real eye opener that Alzheimer’s and weight lose could have so much in common when it comes to significant and sustained improvement.  In his report Dr. Bredesen states that not all of the patients adhered to all of the protocol components but then again neither did I, an occasional fast food stop for me, but if you followed the majority of what you set out for yourself you can change your destiny.

Recently I have found YEVO International a food manufacture that is going to revolutionize the food industry one meal at a time.  In February they will start with breakfast items that will contain the 43 essential nutrients that the World Health Organization has proposed that each one of us require for our bodies to be healthy every single day.  In my research I have found that if my body’s second brain, my stomach, reads the fact that I have given it the right nutrients, in the right amounts my brain will let me know that I am full and satisfied.  Not realizing it, until I discovered YEVO, this is what I was doing by eating what is was eating although I was no were near getting all 43 essential nutrients I needed but I did the best I could.

I have already eaten the oatmeal from YEVO International in which each serving contains 25 grams of 90+ grade protein, one-half of the daily requirement of the 43 essential nutrients, 7 grams of fiber, and 1.5 grams of Omega 3 all this in about 280 calories.  By the way I hate, let me say this again I hate oatmeal but the YEVO oatmeal was delicious without any added items that you would normally associate with oatmeal, you know sugar or honey, raisins, milk or cream and the other fatty stuff you add to make oatmeal eatable.

Regarding the author: Robert Read was looking for meals that were nutritious, contained all the nutrients the body needs daily without being greater then 1800 calories in a day and tasted good. He did not intend to be a health nut, however he lost 90 pounds in 13 months and is on his way to goal of losing the remaining 20 pounds with the help of YEVO. For more information visit http://yevofoodmeals.myyevo.com.

Regarding the author: Robert Read was looking for meals that were nutritious, contained all the nutrients the body needs daily without being greater then 1800 calories in a day and tasted good. He did not intend to be a health nut, however he lost 90 pounds in 13 months and is on his way to goal of losing the remaining 20 pounds with the help of YEVO. For more information visit http://yevofoodmeals.myyevo.com.