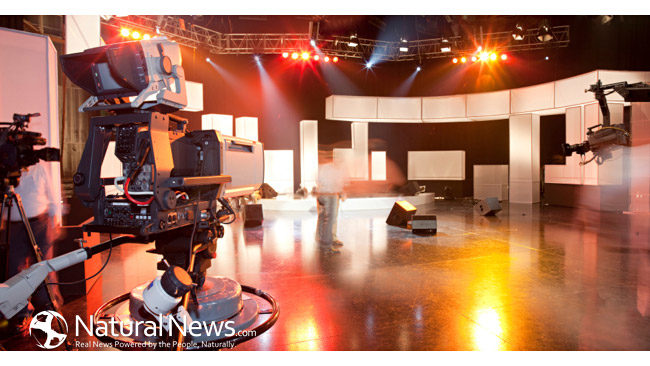 (NaturalNews) Sometimes the best way to tell a story is to let the mainstream media journalists demonstrate what complete morons they truly are. No better example of this exists than the recent airing of Asiana Flight 214 pilot names by a Fox News affiliate KTVU of the San Francisco Bay area.

On live television, a Fox newscaster proudly announced they had discovered the names of the pilots and confirmed them with the NTSB. They pilots names were reported as:

Watch the video yourself (below) to hear a journalist mindlessly read these names without even realizing how she was being completely punked.

For the record, we here at Natural News express great sorrow for the lives lost in this tragedy, and do not demean them in any way by covering this story. This is about the idiocy of the media in being so easily punked in their reporting about the crash.

The fact that a mainstream TV journalist can be so easily punked brings up all sorts of interesting questions. For example: why are mainstream media teleprompter readers suffering from IQs that are plummeting faster than a crashing jetliner?

For starters, you have to be incredibly stupid not to realize these names are a total joke as you’re reading them aloud. How can you read, out loud, “Sum Ting Wong” and not realize these are Bart Simpson-style name jokes?

But alas, these TV journalists have probably never left the USA and so are utterly clueless about global culture. What did we expect?

But my favorite part about all this is that this reporter just mindlessly reads anything that appears on the teleprompter. Watch the video for yourself: It’s worth noting, however, that if all of Flight 214 passengers had been wearing the grand helmet of impenetrable hair that this Fox news reporter wears on the set, they would have all been well protected from head injuries.

There’s nothing more pukishly politically correct than a head of hair that just screams, “I’M NOT CONTROVERSIAL!”

It actually looks like the redhead equivalent of a Darth Vader helmet, minus the breathing apparatus.

Eventually realizing it had been punked, channel 2 news issued a 14-second apology in which it claimed an “NTSB official” had confirmed the names! Here’s the apology video:

So apparently if the NTSB told this TV news crew that the airplane was also levitated by magic, and somehow “the magic broke,” they would report that, too. This just demonstrates the mindless subservience to government that’s routinely practiced in the mainstream media.

It also goes to show you how loosely this term “official” is being thrown around. It turns out this “official” was actually an NTSB intern who was having a little too much fun with the mainstream media.

We don’t know the name of this intern, but we salute him and his remarkable news making genius in allowing the mainstream media to demonstrate what a bunch of buffoons they truly are.

Natural News grants the coveted “Sum Ting Wong” award to this anonymous intern in the hopes that his leadership and innovation may inspire countless others to mess with the media and get them to read, on air, names like “Ho Lee Fuk.”

Because for just one moment, all the viewers couldn’t help but see what a total farce the mainstream media has truly become.