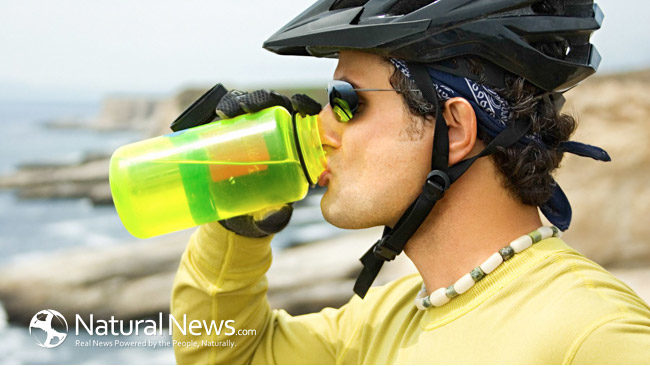 You’re at the gym working out, building up a killer thirst and running low on energy, and you gulp down a big-name sports drink, ingesting an artificial mixture of chemicals, coloring and sugar — lots of sugar. Or instead, you pull out a bottle of a sports drink made from natural blackcurrant, and do your health a favor.

Sports drinks provide athletes with more than a serious dose of hydration: they can be potent ways to gain a safe (read: legal) edge in performance. And they’re big business, with products from beefed-up water to bright blue power blends, representing millions of dollars in endorsements and promotion. But look past that hot athlete on the fancy billboard, and you may not see any health-boosting nutrients at all. Our bodies thrive best on natural ingredients — many of which have been used for centuries, and that’s no different for athletes. Blackcurrant (Ribes nigrum) has been popular among generations of athletes in the know. And well before we were concocting sports drinks, it was a stable of homemade wine, cordials, and preserves.

Far more than an energy boost

Now recent studies involving athletes are showing us just how effective blackcurrant can be — not just to improve performance and boost energy, but to improve other aspects of our health as well. In one study, a group of triathletes ingested a daily dose of 6 grams of blackcurrant powder for a week, and then they took a cycling endurance test. The results showed that the amount of lactic acid — a metabolic waste product — that cyclists produced was reduced by 14 percent. Such a drop in lactic acid can mean an increase in athletic performance.

Scientific research conducted this year into the potential effect of blackcurrant on cyclists had similarly positive results, from circulatory to fat-burning benefits. In a group of cyclists given doses of blackcurrant, there was a clearly increased amount of blood pumped by each heartbeat, as well as improved circulation: as blackcurrant expanded blood vessels, it improved peripheral blood flow and lowered blood pressure. Additionally, blackcurrant increased the body’s ability to burn fat. Finally, when the cyclists in this study completed a ten-mile time trial, those who consumed blackcurrant improved by 2.4 percent. That kind of result has game-changing potential for competitive athletes in any sport and on any level.

Other research focused on runners: those who consumed blackcurrant performed better in sprints, and were able to cover greater distances during set times, and had similarly reduced lactic acid buildup as the triathletes. And in a study of female runners, those who consumed a blackcurrant-based sports drink saw their performance improve by nearly 2 percent on average.

As with other berries, blackcurrants are rich in anthocyanins. These are the pigments that lend the berries their nearly black, rich color. They’re also potent anti-oxidants have myriad benefits — they were already known to reduce the damage caused by oxygen free radicals, metabolic byproducts that are created during exercise — before this recent round of athlete studies. Anthocyanins have also been found to help bolster the immune system — a key factor in athletic performance and competitive edge.

All told, blackcurrant is a power fruit, from a traditional ingredient to a modern athlete’s ally in realms from overall health to immune boosting to better recovery and performance times. But there’s another factor to be aware of. In sports drinks made with blackcurrant extracts, not every concentrated extract is equally beneficial. Health benefits depend on the source of the fruits to begin with, which can vary wildly in nutritional content and flavor.

Ideally, the blackcurrant extract is made in a way that not only concentrates the healthy nutrients, but also retains the taste and aroma. One such technique is a proprietary membrane ultrafiltration technology from the fruit processing company Iprona AG, which results in an extremely consistent and power-packed, powder exctract. It’s always better to go for sports drinks based on real ingredients with natural health-giving properties; better still, choose drinks that use membrane enriched blackcurrant powders for maximum benefit. Your body will thank you.