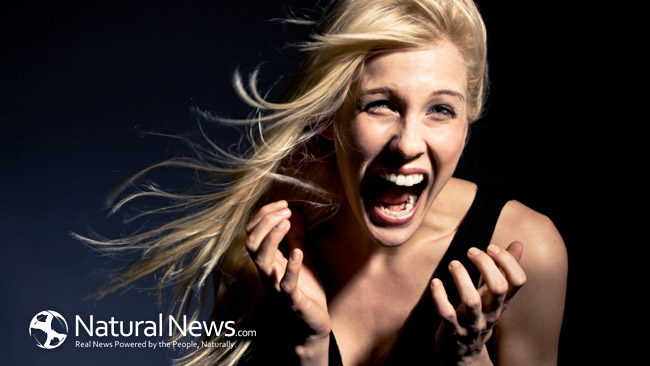 (NaturalNews) Giant mosquitoes the size of elephants are invading Florida and sucking so much blood out of victims that they shrivel up and die, warned health authorities in Seminole County. They’re being called “zombie mosquitoes” because a bite from one of these massive mosquitoes — which can weigh up to 200 pounds and can carry a full five gallons of blood — leaves victims shriveled and pale, looking much like a zombie. Those few who have survived encounters with the creatures say being bitten by one feels “like being stabbed by a pitchfork.”

The American Red Cross is hoping to find a way to hack the tiny brains of the zombie mosquitoes and install remote-control interface chips that would allow Red Cross volunteers to pilot the creatures as if they were blood donor drones. “This could drastically increase the success of our blood drives,” one worker told Natural News. “We just have to train them to deposit the blood at a Red Cross collection location.” Watch for the Red Cross Airborne Insect Platoon to be deployed soon.

There has been some confusion in the public response to the zombie mosquitoes. When a local television station warned that “the blood suckers are coming!” several local conservative non-profit groups thought that meant they were being raided by the IRS. The panic ended when they realized the more sobering truth. “It turns out it was only elephant-sized blood-sucking mosquitoes with a 20-foot wingspan,” explained Melvin Mayhem. “Compared to the IRS, that’s nothing.”

The rise of the zombie mosquitoes is, of course, attributed to global warming. “The problem is that too many humans are exhaling and too many cows are farting,” explained Al Gore, spokesperson for Blood and Gore, also known as Generation Investment Management (GIM). David Blood, CEO of the company — and yes, that’s his real name just look it up — is excited that global warming might give rise to yet more blood-sucking creatures. (And no, I’m not referring to Al Gore himself.)

Police in Alabama are reportedly attempting to capture zombie mosquitoes in Florida so that they can be used at roadside checkpoints to take blood samples from innocent citizens. “If giant vampire mosquitoes take your blood, then we don’t need a warrant,” explained off-duty officer Peewee Powers. “We then extract the blood from the creature and submit it to the NSA for analysis and archiving.”

McDonald’s is urging Florida residents to “eat more cheeseburgers,” which makes human blood resistant to mosquito sucking because it turns your blood to sludge. “Cheeseburgers can save your life,” declares a new McDonald’s television advertisement.

And yes, in case you haven’t yet noticed, this article exists solely to make fun of all the highly-exaggerated reporting and fear mongering we’re now seeing about the gallinippers mosquitoes now being spotted in Florida. News organizations are going bonkers over this mosquito, reporting that their bite feels like “a small knife wound.” I’m not making this up. You can read this at Mother Nature Network.

That same story goes on to report, “Florida is about to be invaded by monster mosquitoes…”

Fox News also reports that mosquitoes “20 times” the size of normal mosquitoes “have swarmed Seminole County.” Apparently we are all supposed to cower in terror.

“This mosquito was so big I actually called the Seminole County Health Department,” reports one reader. Seriously. Will they call 911 next? That same story, by the way, also carries a quote from a reader who implies the mosquitoes were caused by global warming. (I swear I’m not making this part up.)

I say, well heck, why not declare martial law and call out the National Guard? Why not tell residents of Florida to “shelter in place,” Boston-style, and have armed troops go door to door searching everybody’s homes for mosquitoes? Apparently this is some sort of national emergency, right? I mean, they can FLY!

Call in the troops! Giant blood-sucking global warming insect zombie vampires are on the loose in Florida, and we need the government to save us!