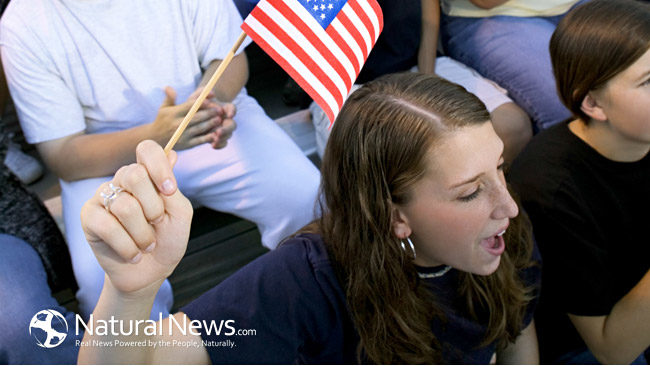 Modern Liberal Looney Bin
The tragically bewildered ‘modern liberal’ of today is truly a sight for sore eyes. Having long since abandoned the teachings of classical liberals such as Thomas Jefferson or John Locke, today’s liberals have nothing in common whatsoever with those who many erroneously believe to be their philosophical forebears. In truth, modern liberal ‘philosophy’ draws a much more direct line from mass murderers Lenin and Trotsky than it does from Jefferson or Locke, and it is no exaggeration to say that liberals today can rightly be described as the ideological heirs of the Communists. Blinded by their myopic obsession with sexual revolution, modern liberals have all but forgotten their historical commitment to economic reform, individual enterprise and liberty for all.

Today known as progressives, modern liberals are no different in behavior from the morally-corrupt gangs of Marxist thugs who did so much to transform early 20th Century Tsarist Russia into a bloodbath without parallel in known human history. These so-called progressives, puffed up on the idea of their moral superiority, will harangue and browbeat a sensible person with a torrent of abusive slogans and vacuous catch phrases that they substitute in place of rational discussion. If, for example, a person be so brazen as to simply state their belief that the murder of an unborn child constitutes a cosmic sin, or that perhaps massive illegal immigration just might be working against the best interests of the country, then that person is almost guaranteed to be on the business end of an unhinged ideological mugging the likes of which would make Caligula seem like a pillar of sanity. I have experienced this myself on many occasions.

In their drive to overthrow all that is decent and moral, progressives have attempted to mask their fascistic behavior behind a facade of ‘anti-fascism’ and ‘social justice.’ Flying the flag of equality and anti-bigotry, these people do everything they can to stifle the free speech of those with whom they disagree, and have codified bigotry as their party’s most potent weapon on the grounds that it is perpetrated against white heterosexual males and President Trump supporters only. The civil rights of those who fall into either of these two categories do not factor in to the double-mind of the ‘Social Justice Warrior’ whose lofty sounding rhetoric greatly exceeds in altruism the reality of his actions.

Forever hallucinating the specter of America being inundated by goose-stepping Nazis and hooded Klansmen, progressives refuse to see that the real threat to the peaceful order and equal rights of individuals has been made manifest within their own ranks, more specifically with the rise of Antifa. Antifa employs all of the violent tactics it accuses Nazis of to intimidate, harass and abuse anyone who isn’t a member of their gang wholly engaged in tearing down any semblance we have left of a lawful, morally sane society. There are plenty of videos on YouTube that show just how unbalanced this well-organized gang of ‘progressive’ revolutionaries really is. They are what their hero Karl Marx would’ve called the ‘Lumpenproletariat‘ which is to say an unthinking, reactionary underclass who is essentially good for nothing except stirring up agitation.

The progressive knows that he/she can’t win a debate based around practical reason. Somewhere within their withered, emaciated spirit is the recognition that everything they claim to hate they have actually become. Not facing this uncomfortable truth and taking the steps to reconcile what they preach with how they act creates a schizophrenia within the progressive that manifests itself in extremely illogical ways. This is why rather than promoting and defending the rights of others who may have a different opinion, the progressive simply hurls baseless pejoratives like NAZI, RACIST, MISOGYNIST or HOMOPHOBE at anyone who is guilty of not conforming their thoughts to the rigid parameters of a group who lionize known criminals like Hillary Clinton and judges them fit for public office.

Yes the so-called Liberal Left has been trans-mutated from its original form as an erudite party that vociferously stood for states’ rights and against foreign wars, into one whose raison d’etre is established around ensuring that the entire country is made aware of what same-sex couples do in the privacy of their own homes. All of the tenets that the Left once stood for have taken a backseat to the increasingly bizarre mandates of their sacred ‘sexual revolution.’ The students of universities who once marched in defense of freedom of speech now march to have it stymied, and nowhere can the calls to bring home the troops be heard over the piercing shrieks of radicalized feminists shouting down men who believe that having their wives nurture and raise a family at home is more liberating than having her be a slave to some corporate leviathan.