Are You Man Enough? The effeminizing aggressors that are robbing men of their virility 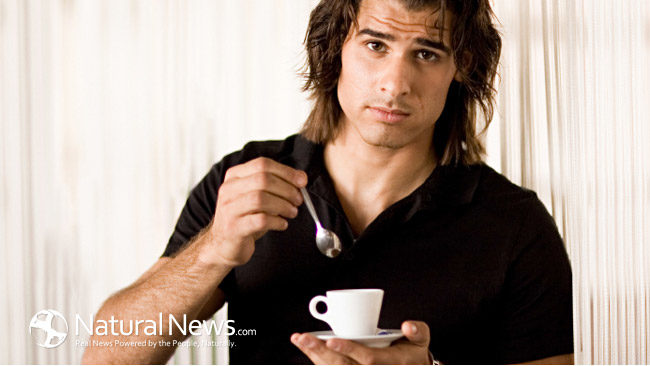 Modern man has lost touch with his manhood.  And the disconnection from nature has played a major role in this matter.  Being part of a hunter/gatherer tribe living in harmony with the cycles of nature has strengthened men and allowed them to express their prowess.  But things began to change dramatically; humans shifted from living in jungles, forests and savannas to becoming farmers and city dwellers.  On a psychological level, there were no more rites of passage marking the transition from boyhood to manhood (as is the case with the remaining hunter/gatherer tribes.)  Moreover, tracking and hunting preys ceased to exist, so did defending against predators – a reality that instilled in men courage, determination and resilience.  Yet the implications of modern living go far beyond the psychological, for there is another challenge to men’s ability to be the creatures they are preordained to be.

In the last 100 years or so, the levels of man-made toxins have been increasing exponentially – reaching today an estimated 80,000 or more!  These are toxins that our ancestors simply did not have to deal with.  Many of these toxins are labelled as xenoestrogens; they mimic the female hormone estrogen – disrupting the hormones of both men and women.  And in case you did not know, hormonal balance is integral to one’s health, vitality, energy and vigor.  It is normal for men to have a little bit of estrogen in their system as it is normal for women to have a little bit of the male hormone testosterone.  However, when estrogen in men reaches levels higher than normal (sometime higher than that of women) and their testosterone plummets, then you know that there is a serious problem!

Xenoestrogens lurking in our food supply, water and personal care products find their way into a man’s body where they do all kinds of damage, including causing the below:

The attempt to reduce exposure to such toxins and others is an uphill battle – though a necessary one.  Eating organic food, keeping away from plastic bottled water, avoiding personal care products laden with toxins are some of the measures that could help in reducing this unwelcome exposure.  However, what is more important is helping the body eliminate these toxins from within.  After all, there is no escaping the pollution, even if we relocate to the North Pole!  And the other step is to help the male body produce more testosterone naturally.  More testosterone means better sexual performance, improved muscle mass, less body-fat (especially around the midsection), and improved stamina and mental acuity.

Below are some natural compounds that could help men remove these toxins and re-balance their hormones naturally:

DIM: DIM is short for diindolylmethane.  This is a natural plant compound found in cruciferous vegetables like cabbage, broccoli, cauliflower and others.  Simply put, DIM helps your body metabolize estrogen – breaking it down to safer compounds.  A study conducted at the Department of Molecular and Cell Biology at UC Berkeley examined the urine of patients taking DIM versus those not taking the supplement.  The count of estrogen metabolites in the urine of those taking DIM was much higher than the control group.  And so this study confirms that DIM helps the body break down estrogen.  You can take anywhere from 200 to 300 mg of DIM daily.  I personally like BioDim, which has higher bio-availability in the body.

Indole-3-carbinol: Also a compound found in cruciferous vegetables, Indole-3-carbinol (I3C) is in fact the precursor to DIM.  The latter remains my first choice.  However, I3C works as well, especially when combined with DIM.  It is known that excess estrogen could increase the risk of certain cancers (mainly in organs and sex glands.)  The good thing about I3C is its ability to protect cells from cancer.  Researchers at the Department of Microbiology at New York Medical College have looked into the mechanism of Indole-3-carbinol and found that it interferes with the body’s receptors for certain types of estradiols.  It also helps form compounds that metabolize estrogen.  You can take 200 mg of Indole-3-Carbinol each day.

In the upcoming article, I will be shedding light on natural compounds and nutrients that help the body increase its production of the hormone testosterone – so stay tuned!

Richard Labaki is a holistic therapist specialized in natural anti-aging therapies.  His background in herbal medicine and clinical nutrition has enabled him to create RenYou – a natural health program designed to slow down the aging process and even reverse it.

And keep up with his tweets: @RenYouVitality

Richard Labaki is a holistic therapist specialized in natural anti-aging therapies. His program "RenYou" tackles imbalances in the body that contribute to accelerated aging and poor health through nutritional therapy, supplement intake and lifestyle modification – taking into consideration each person's unique case in terms of needs and challenges.