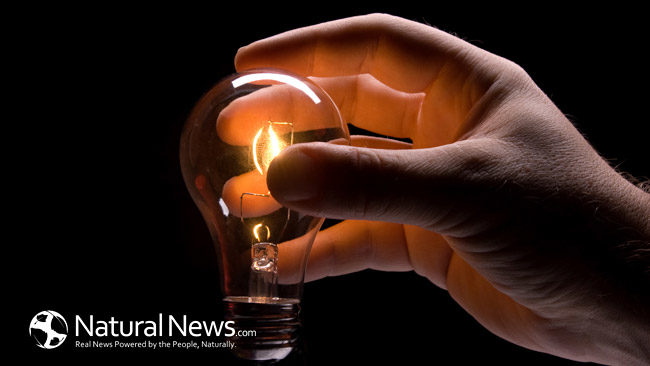 Circadian rhythms — our internal body clocks — are deeply rooted in the biology of nearly all organisms. Studies show the persistent use of artificial lighting in modern society disrupts circadian rhythms and can be detrimental to our health.

Some of the negative health outcomes constant artificial light can cause include muscle loss, early signs of osteoporosis, and pro-inflammatory activation of the immune system.

But, there’s some good news, too.

More than 80 percent of the world and more than 99 percent of the United States and European populations live under light-polluted skies.  Scientists report the Milky Way is hidden from more than one-third of humans, including 60 percent of Europeans and nearly 80 percent of North Americans, because of today’s light pollution.

Light pollution is a global issue. Most of the world is affected by this problem.  Humanity has covered our planet in a glowing fog — potentially affecting all cultures on a grand scale.  Today, artificial lighting during the night disrupts the natural environmental cycle and is a risk factor for “frailty.”

Studies of night-shift workers revealed increases in breast cancer, metabolic syndrome, bone fractures, and osteoporosis in this group.  And people who are exposed to more light at night tend to have poorer sleep quality, increased body weight, and higher incidences of cardiovascular disease.

Exercise and eating right are essential for good health.  But researchers of a new study suggest it’s also important to get in the habit of turning off lights to stay healthy.

In a recent public release, Johanna Meijer of Leiden University Medical Center in the Netherlands offered the following comment about the results of their new study.

“Our study shows that the environmental light-dark cycle is important for health.  We showed that the absence of environmental rhythms leads to severe disruption of a wide variety of health parameters.”

The health parameters Johanna Meijer is referring to includes “pro-inflammatory activation of the immune system, muscle loss, and early signs of osteoporosis.” The researchers say that the observed physiological changes that constant artificial light exposure can cause are similar to “frailty” that is usually seen in people or animals as they grow older.

Meijer and colleagues investigated the relationship between a loss of the light-dark cycle and disease.  They continuously exposed mice to light for 24 weeks and measured several major health parameters. Studies of the animals’ brain activity showed that the constant artificial light exposure reduced the normal rhythmic patterns in the brain’s central circadian pacemaker of the suprachiasmatic nuclei (SCN) by 70 percent.  The SCN produces a signal that can keep the rest of the body on an approximately 24-hour schedule.

Removing normal light and dark patterns and the circadian rhythm resulted in the animals’ reduction of their skeletal muscle function. Their bones showed signs of deterioration.

Circadian rhythms are behavioral, mental, and physical changes that follow an approximately 24-hour cycle.  They respond primarily to light and darkness in an organism’s environment. They are found in most living things — tiny microbes, plants, and animals.

This new research has some good news, too.  After the mice were returned to a standard light-dark cycle for two weeks, the SCN neurons quickly recovered their normal rhythm, and the animals’ health difficulties were reversed.

Meijer says, “The good news is that we subsequently showed that these negative effects on health are reversible when the environmental light-dark cycle is restored.”

The study’s findings suggest that people should consider the amount of light exposure they get — especially people who are aging or otherwise vulnerable.  Constant light exposure is very common in nursing homes and intensive care units, and many people work during the night.

Meijer adds a little more on the topic of light-dark cycles.

“We used to think of light and darkness as harmless or neutral stimuli with respect to health.  We now realize this is not the case based on accumulating studies from laboratories all over the world, all pointing in the same direction. Possibly this is not surprising as life evolved under the constant pressure of the light-dark cycle. We seem to be optimized to live under these cycles, and the other side of the coin is that we are now affected by a lack of such cycles.”

According to the researchers, the bottom line is “light exposure matters.”

This team of researchers plans future studies involving in-depth analysis of light-dark cycles on the immune system. Also, with the widespread exposure of patients to artificial light in hospitals, the researchers want to investigate the possible health benefits to patients when they are exposed to normal light and dark cycles.