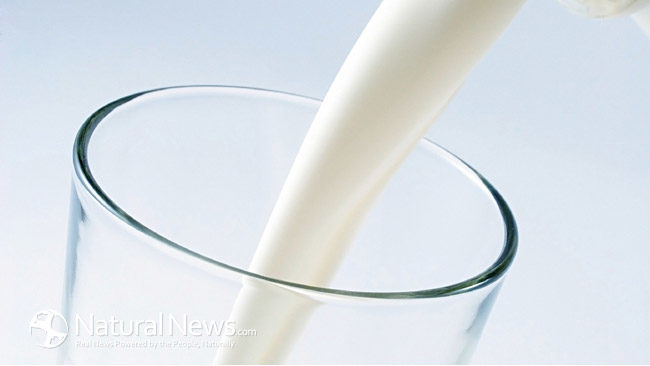 The petition opens the door to put non-nutritive sweeteners in more than just milk.  Whipping cream, eggnog, and yogurt are next on the list to place artificial sweeteners in them and sell to the public with negative long term effects.  Dairy lobbyists argue that by not mentioning Aspartame in their products would still maintain “honesty and fair dealing in the marketplace” which completely contradicts business transparency and the growing support to label what is in food by the people.

Overconsumption of Aspartame also concluded that the brain absorbed high levels of calcium as well as Aspartame consists of Methanol otherwise known as “wood alcohol’ which breaks down into formic acid and formaldehyde within the body.  Overconsumption of Aspartame was also directly linked to migraines, vertigo, and showed signs of noticeable poisoning of the body.  It is also important to note that the study concluded that Aspartame has an intensified affect amongst the youth, children, which forces the brain into mental cravings for sugar tenfold.

Although it is extremely important to label what is in food a form of non-labeling or hidden labels have already been in practice for some time amongst the American public.  Here is a list of foods that also include Aspartame:

The Goals of the IDFA and the NMPF

Naturally the goals of both the International Dairy Foods Association (IDFA) and the National Milk Producers Federation (NMPF) are to create an artificial dependency, an addiction if you will, to their products such as milk.  Although the study concluded that Aspartame is bad for human consumption and creates an addiction the attempt to amend the identity of products should be proof enough that dairy companies do not have the end users’ well being in mind.  Instead, dairy companies are taking an approach modeled for them by tobacco companies to create a physical addiction to increase market sales, product demand, and a dependency by the end user.

By adding Aspartame to other dairy products such as eggnog and yogurt only goes to show that dairy companies are doing everything they can in order to sell a product that consumers are already weary to purchase due to growing concern over genetically modified foods, a lack of proper labeling, and a lack of transparency in the marketplace.

“Dairy Industry Wants to Put Aspartame in Milk (And Not Label It).” By MsChaos  ONTD Political

“Aspartame’s Hidden Dangers.” By Mercola. Take Control of Your Health