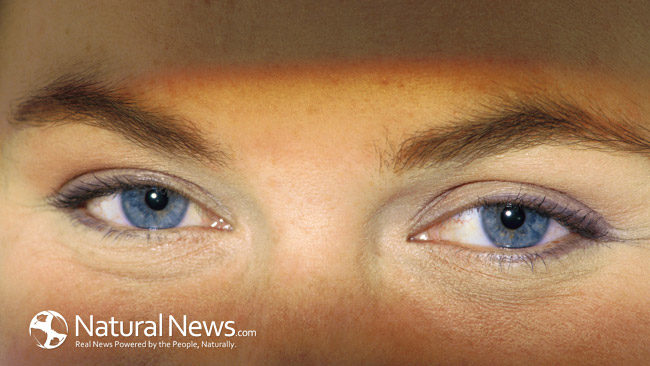 If you have ever thought about getting Lasik eye surgery, please read this! DO NOT risk losing your precious eyesight!

I am about to turn 52, and I had Lasik surgery in 2000, and it has totally changed my life… but NOT for the better, as I had hoped, and was promised, that it would.

This is kind of hard to write, because it is embarrassing to me that I trusted and paid a doctor to totally RUIN my vision. In fact, back then the cost was $2,000 per eye. In 2014, I see that the cost is just $200 per eye. To me, that is scary, because it means that more people will be able to afford this horrendous procedure and find out that hell is the result. Having the Lasik surgery is the biggest regret of my life.  I want to help spread the word about this travesty and prevent others from being harmed.

I’ve not had an easy life. I have experienced chronic illness, loneliness, divorce, single motherhood, and over 30 years of extreme chronic pain  (I’ve had 3 whiplashes (none my fault) and a back injury). I’ve also been diagnosed with asthma, depression, insomnia, fibromyalgia/chronic fatigue, and more. I worked as long as I could, but became disabled a few years ago. You’ll understand why I’m telling you all this in a minute when you see the additional burden that the Lasik aftermath has added to my life. I had gotten the Lasik because I thought it would be a positive change in my life – something that would make my life much better and happier. Besides, it was FDA-approved and touted as being totally safe (what could possibly go wrong?).

I had worn glasses since 6th grade and hated them. I have bad allergies and had very bad astigmatism, so contacts didn’t work for me. I was a good artist and musician, and enjoyed making jewelry, knitting, and working on the computer. At the end of 1999, I was able to fulfill a dream and move to Florida. I had high hopes that life would only get better from there.

At this point, let me say that I did not have the surgery on a whim. I had been watching the science for years and had read a lot about it. I had done my research. Or should I say, I had read the propaganda. It was FDA-approved (they would never allow something that was harmful, after all), and it was (and is) touted as a magic procedure that will give you perfect vision without glasses – now you can be active, happy, and better-looking, and live happily ever after! Wow, that sounds great! What about side-effects? Naw, there was no warning about ANY side effects. The only thing they said about that was that you may eventually need to use reading glasses, simply due to your advancing age. OK, cool. Sign me up.

While working as a legal secretary in 2000, I went to Mobile, AL and had Lasik eye surgery performed on both eyes by a doctor who came highly recommended. When it was over, they said I had 20/20 vision without glasses, although my sight wasn’t near as clear as when I had worn glasses. At first, I was thrilled that I could go to the beach and go out into the water and still be able to see everything, with no glasses. The problems started very quickly, however. My night vision was destroyed immediately, and it became extremely difficult to drive at night. I also now had extreme dry eye syndrome, and nothing relieved it, not even plugs inserted into my tear ducts. My vision fluctuated all the time. One day I could read the computer monitor ok, the next day I couldn’t. It became a constant source of stress. My eyes were now also extremely sensitive to sunlight.

Only 6 years after the surgery, I had to start wearing glasses again. Unlike the past, however, it was very difficult for the eye doctors to find a prescription, because of the constant vision fluctuation. And I was having to change prescriptions about every 4 months, which gets really expensive. (And to think – one of the benefits I thought I would get from Lasik would be to save money by not having to buy glasses anymore!)

I was awarded disability benefits in 2004 because of the chronic pain and other chronic health problems. After that, my goal was to find some kind of work that I could do part time from home. I decided I wanted to start my own business creating websites for people and perhaps finish college and get a degree.

My eyes, however, continued to get worse and worse. The astigmatism started to come back, and I have a scar on my left cornea. As I said earlier, I had to go get a new eyeglass prescription about every 3 or 4 months, and I usually could not see anything clearly for long. I never knew how my eyesight would be from day to day. My eyes continuously hurt and burn, and I feel like I have sand in my eyes. In December of 2012, I went again to the optometrist for a new prescription. That visit was the one where he told me he could no longer help me – no eyeglasses were going to work for me any more. Reading a book or the computer monitor became extremely hard, and in January of 2013, it got to the point where I could no longer see well enough to drive during the daytime! Of course I thought about suing the doctor, but conveniently for him, the statute of limitations on medical malpractice is only 2 years. That’s the worst part of all this – you don’t realize until after 2 years that you have been permanently damaged, and by that time, there’s no way to get any justice.

I am not the only person who has had very negative results with Lasik… there are thousands of people in the U.S. who have lost their vision (and their ability to work and have a good quality of life) because of the false promises of the doctors who perform this surgery. These “doctors” are making a fortune while ruining peoples’ lives, all the while knowing that they can’t be sued because it’s too late by the time people realize they have a permanent problem that cannot be fixed. Sadly, many people in this situation have even committed SUICIDE.

Although I could barely read the computer screen, I kept searching and searching the subject to see if there was any help available. My persistence paid off, as I found a site called visionsurgeryrehab.org, where I spoke to a nice lady who told me about the ONE doctor in the U.S. who might be able to help me. I went to Dr. Boshnick’s website and left a message. It was rather late in the evening, but to my surprise, Dr. Boshnick personally called me on the phone about ten minutes after I had left the message! He is super kind and compassionate, and has helped a lot of people in this situation.

Two months later, I traveled to Dr. Boshnick’s office in Miami, Florida to meet the good doctor. He diagnosed me with corneal ectasia (which basically means that my corneas are all misshapen and ruined). He could tell how poor my vision had become (nearly blind), but said he thought he could help me with some special type of hard contact lenses that would enable me to see clearly and stop my vision from getting progressively worse, as it had been. After a couple of days, I was wearing my new contacts and seeing clearly for the first time in many years! Dr. B. is great, and he really cares about his patients. Now, I must warn you, the treatment is not cheap… the lenses cost $1,000 (yes, one thousand dollars) per LENS and they last one to two years. Plus there’s the cost of traveling to Miami and being able to stay for a few days. Thanks to the lenses, I have my sight back (at least as long as I can afford it). Wearing them is not always easy, though, primarily because of the extreme dry eye. I’m constantly using drops and I often have to remove and reinsert them several times a day as they get dirty and cloudy. Trust me, if I could wear glasses instead, I would, gladly. BUT, I am so thankful that I have my vision back and can again do what I love best – read and learn.

So… DON’T have Lasik surgery. And if you know someone who has, and who is now suffering, please send this article to them. We need to stop the Lasik surgery business, as well as give hope to those who have already been needlessly damaged that help is available.