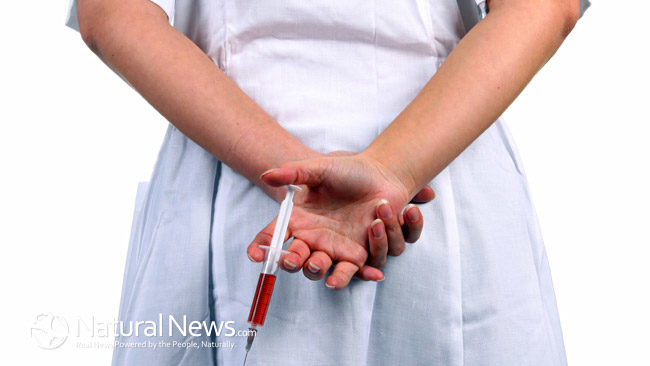 It was only a matter of time until the health care professionals began to step forward. We have now officially had the first nurse come forward to usher in a new page to the already viral #hearthiswell YouTube campaign. This bombshell event will be looked upon as another domino that has fallen in an already long line of mothers, fathers, and a high level vaccine researchers whistle blowing. Due to the fact that the mainstream media has been silent on this epidemic, in addition to the CDC, we can only assume at this stage they are purposely hiding it. Hoping desperately for this inconvenient truth to go away. Yet to their dismay, the people’s voice is getting stronger and more are hearing the devastating stories from courageous mothers and fathers daily. Now we can add health care professionals to the pile. It appears that a split has happened in what the vaccine industry wants the people to believe and what the people actually believe. According to the CDC and vaccine industry funded mouthpieces such as PBS, there is no link between vaccines and autism, mercury is good for children, and the gardasial vaccine is safe. To them there is no debate, only profits and market share. On the ground there is a different story that has emerged with fury. Communities are talking, thinking mothers are educating themselves before vaccination, and health care professionals are refusing to inject and be injected. The house of cards is falling and we all have a front row seat. Let the CDC and complicit mainstream media be silent. It is no longer up to them and in fact much of this is directly because of them. This is the age of information and the people have taken over. We are witnessing a peaceful, nonviolent revolution lead with education, empathy, and courage the likes of which have never been seen. Another example that the people have the ultimate say in questionable policy, in their families health, and their bodies. No law, vaccine insert, corporation, cleverly worded advertisement, or fraudulent research can stop individuals from educating themselves. Vaccine industry, you have lost this round and with it the hearts and minds of the people. Where things go from here is anybodies guess but it is clear that countless numbers of children have been saved from vaccine induced damage and death by brave individuals doing what was right and stepping forward. History will show this.