Groundbreaking Research Demonstrates That Meditation Can Heal and Repair DNA 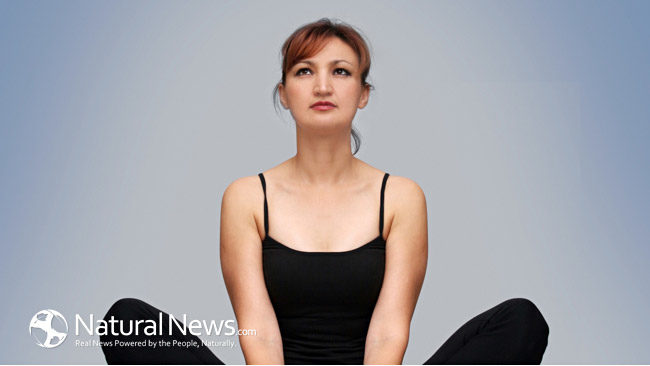 Pioneering research in the field of epigenetics has recently revealed a very clear connection between beliefs, emotions, thoughts and measurable changes in our DNA. Previously, it had been believed by prevailing scientific theory that our genetic code was virtually unalterable, handed down from our parents and ancestors—that the genetic “hand of cards” we were dealt at birth would ultimately prove to be our fate throughout life. And although there is some truth to that theory because we do ultimately inherit the majority of our genetic code from our parents, the idea that it is permanent and virtually unalterable has been proven to be false.

In fact, a number of groundbreaking studies are conclusively demonstrating that everything from our environment to the food we eat can and does alter genes in a number of surprising ways. Take for example this fascinating study conducted by researchers at the Benson-Henry Institute for Mind/Body Medicine at Massachusetts General Hospital: 26 adult participants without prior experience were taught various mind-body relaxation techniques such as meditation, mindfulness and mantra (the repetition of “sacred” sounds). All of the participants were given comprehensive blood tests immediately preceding and following 20 minutes of self-directed mindfulness practice. By looking at nearly 22,000 different gene sequences, the study’s authors were able to identify and measure any changes that occurred during and after practicing the various techniques. Source: journals.plos.org

If you’ve been practicing meditation or mindfulness for any length of time, the results are not altogether surprising: Across the board, all of the participants showed measurable changes in the specific genes that researchers had previously identified as being related to, or responsible for, aging, relaxation, metabolism and even insulin response. The measured changes were found to be indicative of a significantly reduced stress response and initiated activity in telomere maintenance genes, meaning that the mindfulness, meditation and mantra practice actually caused measurable changes in the body that led to the repair and alteration of DNA.

“The physical expression is the consequence of the mind’s program—the program comes first, the physical expression second,” renowned stem cell biologist and epigenetics researcher Bruce Lipton is quote as saying. “The cells of your body are merely following instructions given by the nervous system, by the brain. The nervous system does the interpretation. As your perception changes, you change the message that your nervous system communicates to the cells of your body. In the science of epigenetics it’s been found that it’s the perception of your environment that controls your genes. You’re not a victim of your genes because you’re the one who can change your environment—or, more importantly, change your perception…”

A perfect example being the phenomenal results of Bruce’s student Dina Proctor. Dina had been practicing mindfulness and meditation for some time, all the while developing a keen interest in epigenetics. Eventually, she decided to perform an informal experiment on herself using a specific visualization meditation she developed based on her research into the field epigenetics and self-healing. Her goal was to address serious imbalances in her blood cholesterol levels that had been plaguing her for some time. For approximately two weeks she regularly practiced the following visualization meditation:

“I started out visualizing a gentle but laser-like beam of healing energy entering my body straight into my heart. I imagined a warm sensation as the beam infiltrated and surrounded my heart. As the warmth grew stronger, I pictured the healing energy in the form of a thick liquid or serum, like warm honey, slowly seeping from my heart muscle into my bloodstream. I kept my focus on the warm feeling of the serum moving into my bloodstream in all directions. I followed it in my mind’s eye, moving through my chest into my legs and arms, fingers and toes, and circling back again into my heart.”

She reported that after a few of days of this specific focus in her meditation that she could intuitively sense her blood levels evening out: “I visualized the imaginary serum healing each blood cell it touched as it traveled throughout my body,” she later commented about her experiences.

And sure enough, the results of her bloodwork post-visualization meditation practice showed a significant positive change: her serum cholesterol count had been reduced from 227 to 177, quite in line with similar findings from the Benson-Henry Institute for Mind/Body Medicine study showing that relatively simple alterations in our habits, perception and thought process do have very real and measurable physical effects in the body.

So the question you are probably asking yourself right now is “how can I get these kind of incredible effects/results in my life?” To start with, a basic mindfulness and meditation practice has been proven in a number of studies to have positive effects on genes across the board.  And if you are more adventurous like Dina, you can certainly create a visualization of your own to address whatever imbalances or issues might be present. Just remember to visualize the end result you want to achieve alongside whatever you metaphorically devise to represent the healing process itself and not just the problem or issue itself.