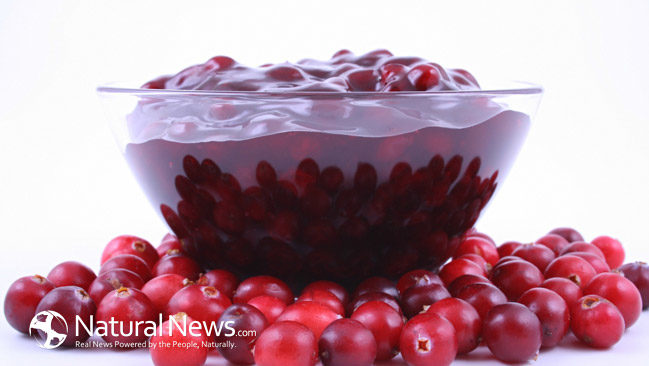 Cranberries are often a popular part of Thanksgiving and Christmas celebrations in the form of cranberry drinks, sauces, dried, and added to desserts, casseroles, or stuffing. The cranberry is often at the top of the list of food sources with antioxidant content and high nutrient value. They are also often referred to as a “super food.”

It’s unclear as to how and why this unique fruit became associated with these holiday feasts. Nonetheless, historians guess that maybe adding the trailing vine to the traditional meals and festive celebrations had something to do with the Native American Indians who used them — not only for medicine and food — but also to make dyes for blankets and clothing.

The cranberry is perhaps best known for their role in preventing urinary tract infections — especially for those with recurrent infections. Cranberries have a high level of proanthocyanidins, which helps fight off infections by reducing the bonding of certain bacteria to the urinary tract walls.

Evidence also suggests that the polyphenols in cranberries may help in reducing the risk of cardiovascular disease by reducing blood pressure via anti-inflammatory mechanisms and preventing platelet build-up.

According to researchers at the Center for Oral Biology and Eastman Department of Dentistry at the University of Rochester Medical Center, cranberries are also beneficial for oral health by preventing bacteria from adhering to teeth. Additionally, the fruit may also be beneficial in preventing gum disease.

Cranberries are a great source of vitamin C, E, K, manganese and fiber. According to the University of Maryland Medical Center, vitamin C is a powerful natural antioxidant capable of blocking some of the damage caused by free radicals, as well as boosting the human body’s resistance against infectious agents. In fact, sailors once carried cranberries aboard their ships to avoid scurvy because of their high vitamin C content.

As far as the fiber content in this unique fruit is concerned, according to the Department of Internal Medicine and Nutritional Sciences Program of the University of Kentucky, high fiber intakes are associated with significantly lower risks for developing coronary heart disease, obesity, hypertension, diabetes, stroke, and certain gastrointestinal diseases.

Moreover, increased fiber intake has also been shown to enhance weight loss for obese individuals, improve insulin sensitivity, and lower cholesterol and blood pressure levels. And just one-half of a cup of this marvelous fruit contains only 25 calories!

Native to North America, cranberries are farmed on approximately 40,000 acres across Canada and the northern United States. Fall is the best time to find them fresh and in season, since they are harvested in September and October. They can be refrigerated for up to two months before using them and they can also be frozen for later use. When shopping for cranberries, pick cranberries that are unwrinkled and firm to the touch.

Cranberries are also enjoyed dried or in a can, but it’s important to watch out for added sugars. Check the ingredient label and make sure that the product contains only cranberries. Cranberry juice is often mixed with added sweeteners and other fruits, so choose a juice with cranberries marked as the first ingredient.

Potential Risks of the Cranberry

It’s important to avoid a high intake of cranberries when taking the blood-thinning drug warfarin, also known as coumadin. There has been conflicting evidence on the potential for the cranberry to increase the drug’s effect on the body. Several cases have been reported of increased bleeding due to suspected interactions with cranberry juice and warfarin.

In addition, cranberry products may increase urine oxalate excretion, which could promote the formation of kidney stones. Individuals with a history of kidney stones should talk to their physician or healthcare provider before including any form of cranberries in his or her diet.