Driving Under the Influence of Candida 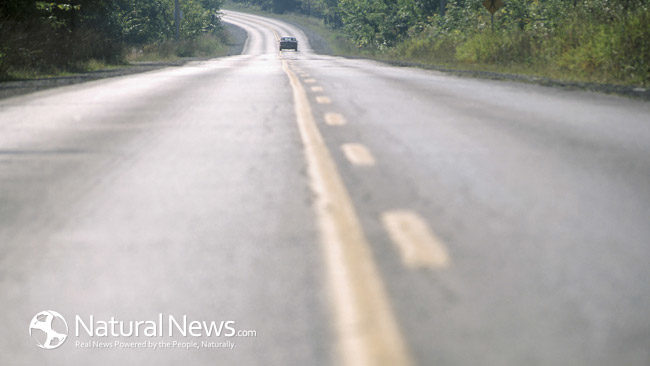 You don’t hear too much about it, or maybe you’ve never heard anything about it, but in 2013, one case made national headlines, and in 2014 another case was on the TV show, “The Doctors”.

Essentially, someone with an overgrowth of yeast, who consumes a high sugar and carbohydrate diet, is a prime candidate for this, as yeast ferments sugars into alcohol and carbon dioxide. The alcohol enters the bloodstream and the carbon dioxide causes the gas and bloating so commonly found with candida.

I recently testified as an expert witness in a case where Gut Fermentation Syndrome was reported to have caused intoxication in someone that lead to a DUI arrest. In my opinion, the evidence was very convincing and consistent with a diagnosis of Gut Fermentation Syndrome. The jury of mostly 20 & 30-year olds didn’t come to the same conclusion and found this person guilty.

In this case, the person passed out at a stoplight, and the police were subsequently called and found their blood alcohol level to be .24%, three times above the legal limit of .08%. They were arrested and went through all of the trials, tribulations and humiliation associated with that, not to mention a significant financial burden.

Several weeks later, they were admitted to a hospital for abdominal pain, gas, bloating, and a swollen abdomen. They received CT scans and almost daily blood tests. It was discovered that they had diverticulosis, which are little pockets that balloon out from the intestinal tract due to weakness in the wall and excessive pressures. Tests were negative for bacteria, virus, and parasites. They were also shown to have anemia and low potassium and albumin levels. Throughout their stay, the abdomen remained distended and the pain was reduced to a more tolerable level with medications. On the day before they were discharged, they did a stool test, but the results didn’t come back until after they were discharged. The test was positive for candida. If this had been discovered earlier on during their stay, the hospital might have been able to do more for them.

A little over a year later, they were tested again for candida and found to have positive antibodies present in their blood. They started to change their diet and did a trial of the antifungal drug Diflucan. This stopped the daily hangover feeling and general sense of illness that they experienced on a daily basis. Some of these symptoms had returned a little bit, possibly indicating the gradual development of antifungal resistant strains.

They consulted with me in relationship to their court case 6 months later and after viewing all of their records, test results, and past history, it was my opinion that they had Gut Fermentation Syndrome due to candida and exacerbated by their anemia and intermittent constipation.

The gut is a very long fermentation tube, so one could expect to see more cases like this one in the future, as antibiotic use continues to escalate. Candida is known to cause gas and bloating, which are byproducts of fermentation. The amount of gas being produced as carbon dioxide from the fermentation process can be very significant and create discomfort and pain. It is not unusual to hear from someone with candida that they feel 4 or 5 months pregnant. This person’s diagnosis of diverticulosis meant that they were more likely to experience pain in the areas that the intestinal wall was already weakened.

A 2003 study by Awadhi et al, showed that a large percentage of people were walking around with elevated blood alcohol levels on a daily basis, although the levels were minimal. The study was done in the United Arab Emirates (UAE) with 1557 people who applying for work at the Abu Dhabi Police Station. The blood alcohol levels were .0035% in males and .0032% in females. Of particular interest in this study is that fact that the UAE has a zero tolerance for any elevated blood alcohol, yet everyday people in the UAE were shown to be walking around with minimally elevated levels as a part of their body’s normal metabolic process.

In 2001, Sarkola and Eriksson found a significant increase in ethanol production after intake of lingonberry juice containing 40 grams of carbohydrates. “The effect of juice in increasing endogenous levels is well documented and suggested that it is produced by intestinal microflora.”

Although Awadhi states that most people walking around are unlikely to reach elevated blood alcohol levels that exceed legal limits, “Exceptions might be expected in persons with abnormal proliferation of Candida in the gut and with gut stagnation.”

If you find that you’re experiencing any of the symptoms of dizziness, drowsiness, forgetfulness, or other impairments, and you don’t drink, you may want to stay away from driving until you resolve whatever is causing those symptoms. If you’re arrested, it can be very difficult to reverse a DUI. The only plausible way would be through a hospital stay where you would be supervised and tested for Gut Fermentation Syndrome.

Hopefully, candida doesn’t require you to have a designated driver along with you, but if it does, it’s time to start the Candida Plan.

Dr. Jeffrey S. McCombs, DC, is founder of the McCombs Center for Health, the Candida Plan, the Candida Library, and author of Lifeforce, The Everything Candida Diet Book, and The Everything Guide to Autoimmune Diets. Check out our podcast, “The Candida Chronicles” on iTunes and SoundCloud.