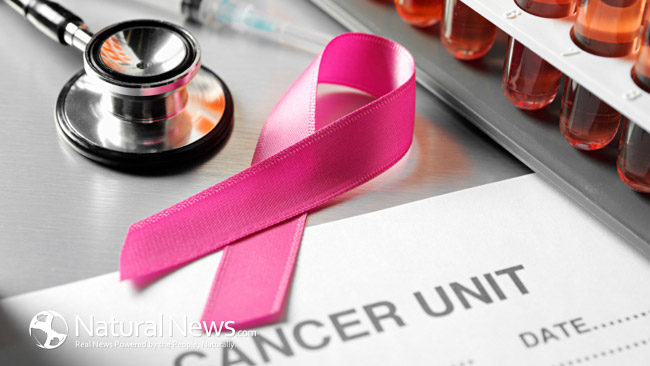 After years of being fed aggressive ‘pink’ marketing campaigns in October by pharmaceutical companies, cancer charities and even fast food chains, we are all too aware that it is Breast Cancer Awareness Month around the globe. However, I think pink stinks. Instead of raising ‘awareness’ about breast cancer through the consumption of a glittery Barbie pink-endorsed product, these corporate organisations should surely be guiding us to take control and responsibility for our own bodies, leading the way in educating us as to how we can help to prevent the disease occurring? But their bottom line is profit, hence the pink-coated fundraising for ‘awareness’. Your breast health is not their consideration. Therefore, we need to declare our own global ‘Breast Cancer Prevention Campaign’, using lifestyle factors that you can include in your day-to-day life.

Facing chemical facts
Although up to 10% of breast cancer is hereditary and caused by genetic mutations, around eight out of 10 diagnoses are caused by environmental factors, such as chemical toxicity, pollution and estrogen dominance. Lifestyle factors, such as being overweight or obese, lack of physical activity and overconsumption of alcohol and/or sugars may also increase your risk.

But here I’m going to focus on synthetic chemicals. If you care about your health, it’s imperative that you limit the synthetic chemicals in your home environment, which help to pollute the body with toxicity. Take parabens: have you ever read the ingredients on the back of your shampoo bottle, jar of moisturiser or toothpaste you use? Chances are most of the ingredients you can’t even pronounce, but more importantly, they are chemicals you don’t want in your bloodstream (and up to 70% of what you apply to your skin, your largest organ, gets absorbed into your blood).

Methylparaben, ethylparaben, propylparaben and butylparabens are commonly used as preservatives in most non-organic personal care products. Manufacturers use them to keep their stock on shelves longer (remember, they just want to sell you products… they don’t actually care about your health and wellbeing!). However, parabens are known to cause breast cancer cells to grow and proliferate in laboratory environments. They can also mimic estrogen, a hormone known to play a key role in some breast cancers. And because the body can absorb as much as 5lbs of cosmetic chemicals every year, parabens are absorbed through the skin into our gastrointestinal tract and bloodstream.

Another chemical to be aware of is Bisphenol A, also known as BPA, which is found in many food containers and polycarbonate plastic water bottles. BPA is a hormone-mimicking chemical and there is substantial scientific evidence linking exposures to BPA with the development of a number of health problems including breast cancer, heart disease, diabetes, and other metabolic problems and learning disorders. Studies have shown that BPA leeches out of bottles and into the fluid you drink. BPA is also found in the epoxy resin liner of most tinned foods, and again research has shown that it leaches into the food in the tin. In addition, the amount leached is enough to cause breast cancer cells to grow and proliferate in the laboratory.

Polycyclic aromatic hydrocarbons (known as PAHs) are products of incineration that are found in air pollution, vehicle exhaust (particularly diesel), tobacco, smoke and grilled foods. Exposures to PAHs, especially from vehicle exhaust and petrol fumes, have been linked with increased incidence of breast cancer in both women and men — so stop jogging on main roads! And, obviously if you are still doing so, STOP SMOKING — even secondhand smoke is a major source of PAHs.

Finally, soy lecithin, although not a synthetic chemical per se, is used as an emulsifier in many foods, including mass produced chocolate. However, soy lecithin also increases the risk of breast cancer. It is produced as a result of the sludge that is left over after crude soy oil goes through a ‘degumming’ process, and as such, is a waste product that contains both solvents and pesticides. Plus the fact that more than 90% of soy grown worldwide is genetically modified.

Taking control
Simply being aware of the damage caused by synthetic chemicals to your personal environment is a major hurdle in itself, as it goes against any mainstream marketing or advice that is thrust in our faces. And actually making the decision to go against the grain and seek personal care products that won’t compromise your wellbeing or the environment is a big one. But luckily, every day there are more and more people willing to challenge common health misconceptions, and take responsibility for their own wellbeing. Are you one of them?

Look out for organic and natural personal care products, which are available in health food stores and online retailers.

Former big girl Theresa Fowler is the UK’s Only No Diet, No Calorie Counting, Real Food Expert and author of Feel Like Sh*t? How to Stop BEING Fat, in which she reveals the mistruths and propaganda you think you know about weight loss. She is also a broadcaster, public speaker and staunch advocate of real food.