Depressed, Tired or Anxious? Scientific Reasons Why Getting Outdoors Can Save You 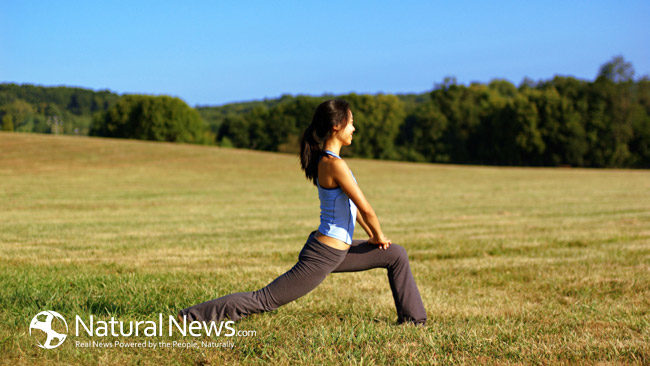 “All my life through, the new sights of Nature made me rejoice like a child.”
– Marie Curie

Even if you don’t consider yourself to be an “outdoorsy” type, you undoubtedly have witnessed and experienced the healing effects on both the mind and body that nature can have. This is because humans evolved as hunters and gatherers. We tended the land, had respect for the bounties that it offered, and enjoyed its multitude of sensory experiences since the dawn of time.

If you need scientific proof of the effects that nature deprivation can have on us, you need look no further than the common phenomenon known as SAD or Seasonal Affective Disorder. This is a temporary, weather and light-related disorder that affects millions every year as the days become shorter in their part of the world, and frigid temperatures make outdoor ventures much less frequent. Lack of exposure to natural sunlight is thought to be one of the major reasons behind SADD, and often times a synthetic sunlight-mimicking “light box” is prescribed. Exposure to this light for a designated period every day has shown to ease the symptoms of SAD in many patients.

Why sunlight exposure is important, aside from vitamin D synthesis

Most people know by now that natural sunlight exposure is crucial for optimal health due to its role in vitamin D production. However, it also plays an important role in both mood regulation and cognitive function. When sunlight enters our eyes, it sets in a motion a process that helps to regulate our body’s production of serotonin and melatonin. Serotonin is one of the main chemicals that promote a sense of well-being, calm and general happiness while melatonin is a chemical that helps us get restorative, deep sleep at night.

Sunlight also plays an important role in regulating our circadian rhythm, which is the very foundation of our body’s functioning as daytime-active beings. Plenty of studies have shown that when humans are forced into a nocturnal existence, such as being on night shift for extended periods of time, it has severely detrimental effects on both mental and physical health and well-being.

The sun is a natural conductor of infrared heat. Infrared heat energy is not only extremely soothing, loosening and relaxing to the body, but it also is healing. It has the ability not only to just touch the skin and warm it topically, but to penetrate deeper and warm the deeper tissues of the body. It is excellent for muscle health, and is thought to have a multitude of detoxifying effects on the body’s tissues. Observe the way your body feels when you step outside from a highly air-conditioned environment. Once you come into contact with the deeply warming infrared sun energy, your body instantly relaxes and tight muscles instantly feel soothed and relaxed. This can have immense benefits both emotionally and physically in a world where our muscles are continuously tight from indoor, sedentary office jobs.

Stepping outside into a wooded area is especially refreshing. Not only are the sights and sounds of wooded areas stimulating to the senses, but there are other more intangible things at work when we hike through a wooded area.

Trees and greenery produce fresh oxygen, which our bodies need to fully function with the greatest of ease. Increasing smog and emissions from vehicles have taken away from this naturally restorative gift. However, in a wooded area, you have the benefit of greater oxygen concentration which is incredibly energizing and rejuvenating.

In addition, the earth itself is a great conduit of negative ions or negative ionic charges. The human body is electrical in nature, and therefore reacts to these ionic charges. In fact, there are people who practice something called “grounding” or “earthing” where they walk without shoes so that their bodies can fully absorb the negative ion energy the earth has to give. Negative ions are natural antioxidants, and are cleansing and restorative forces. “Grounding” has also demonstrated a powerful ability to regulate cortisol (stress hormone) levels and also to re-align the body’s natural circadian rhythm when study subjects were “grounded” to the earth while sleeping.

Another sources of negative ions is running water. This is why so many people experience profound feelings of well-being when in close proximity to the ocean or natural, moving bodies of water.

Danna Norek founded AuraSensory.com where you can find popular products such as a Natural Shine Enhancing Shampoo (sulfate free) and a best selling Nourish and Hydrate Face Cream with MSM and Vitamin C Ester. Free of chemical fragrances, artificial colors, parabents and petrochemicals.

Sources for this article include:
http://science.naturalnews.com/2007/2880391_Impact_of_light_therapy_on_rod_and_cone_functions_in.html