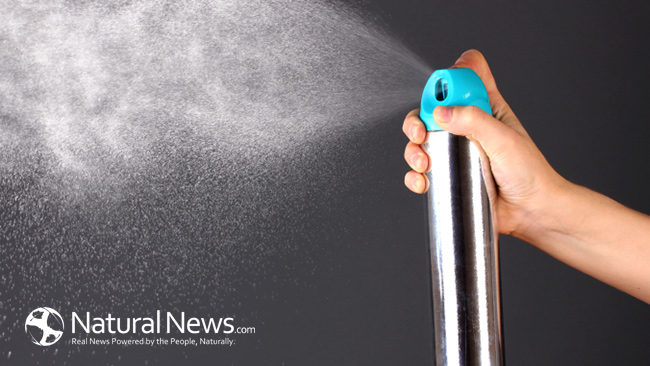 The newest health scare in the consumer market right now is actually nothing new at all. The public is just now being made more aware of it. It seems talcum powder, commonly used on babies for decades, causes cancer. Specifically, it may cause ovarian cancer.

Despite decades old research showing potential risks, neither Johnson and Johnson nor federal agencies seemed worried enough to warn consumers. Now doctors are finding talcum residue in ovarian tissue, correlating that with upwards of 10,000 women per year being diagnosed with ovarian cancer. Because Johnson and Johnson was aware of the risks, but failed to warn consumers while aggressively marketing the product, two lawsuits have paid out claims in the last few months. Thousands of lawsuits for millions of dollars are now being levied.

This huge exposure only begs the question, what other critical dangers exist with common items in your house?

There has been much ado about cosmetics, such as hair dyes, shampoo, facial makeup, toothpaste and more, causing cancer.

One particularly common report regards underarm deodorant causing breast cancer. Deodorants contain aluminum-based compounds as active ingredients which is thought to seep through the skin into breast tissue. The government so far has not acknowledged any conclusive link. What they have noted is that an earlier use of deodorant in combination with underarm shaving has shown an increased prevalence of breast cancer.

The only ingredients to date showing a risk factor in cosmetics are parabens. A report from 2004 acknowledged that parabens mimic estrogen and highly concentrated amounts can be detrimental. What is typically needed to determine if anything causes cancer are several years of studying chemical compounds in humans or lab animals. For the most part, not enough studies have been done to determine cancer causing properties in deodorant or other cosmetics. For now, parabens are pretty rarely used in cosmetics, but check the label to be safe.

Scented candles, aerosols, incense and other fragrance items can produce soot, which may promote asthma and lung damage. Under normal ventilation and spared use, it is probably not a big deal.

The most significant research to date may be a 2014 report on exposure to Phthalates correlated with respiratory problems in children, in addition to earlier links to birth defects and diabetes. Best practice, check labels for known toxic chemicals or make your own fragrances and candles with natural oils.

Adverse health hazards abound with objects and substances used in making art. Skin absorption or vapors breathed in from paint, lead or other items can have a bad effect, particularly with heavy use. It is best to use materials labeled “non-toxic” when possible. The government’s advice is to be concerned with five aspects: toxicity of the substance, length of exposure, “total body burden” on the user over time, susceptibility and the combined effects of other substances.  As with most things, the end result is the user’s responsibility. You don’t have to make responsible art, but make art responsibly.

The refrigerator is the most likely place to find cancer causing agents.  Alcohol notoriously has many links to liver and other organ cancers. Yet, in any study there is so much to be considered. It has been suggested that beer reduces heart attack risk women, but more than three drinks a month doubles the chances of breast cancer.

Diet soda, likewise, takes a lot flack for not being good for health. Aspartame has been used since the 1970s as an artificial sweetener to lower caloric intake. As war raged about the safety of the product, the government has been steadfast in saying there is nothing to worry about, citing a limit of 50 mg per kg of body weight as safe. In other words, as long as someone isn’t drinking two cases of diet soda per day, there shouldn’t be an issue.

It is best to take most information with a grain of salt. Perhaps it is fine to consume aspartame, but undoubtedly soda and unnecessarily sweet items are not the best for anyone’s health. With aspartame, or other alternative additives, for long-term dietary concerns, the best bet is to consult a dietitian or doctor.

Like aspartame, fluoride has been controversial for about half a century. Some say it causes bone cancer and other cancers. Government agencies in Europe and America have championed fluoride’s use in making safe drinking water and reducing tooth decay. The Guardian is mixed, concluding that there is no benefit of fluoride but probably no risk. On the other hand, the Water Fluoridation Network has worked to raise awareness of fluoride’s toxicity and used the government’s own evidence to cite that fluoride stimulates cell division in bones and does directly cause cancer. Short of protesting, there is little a person can do to avoid fluoride since it is already in water in most major countries, but the evidence being so divided does highlight the fact that claims need to be questioned.

Granite and other minerals have a history of causing cancer in miners. Therefore, there has always been some concern with building materials causing the same problems in homes. Being indoors traps people with exposure to radon, which comes from rocks and soil. Cracks in the walls, gaps in the foundation, basements and crawlspaces, can all be big sources of radon exposure. Long-term exposure to radon can be critical in developing lung cancer. In fact, next to smoking, radon poisoning is the number two lung cancer killer in the United States.

Granite countertops have been suspect in radon exposure, but perhaps to too much fuss. The risk granite poses is not usually much more than anything else in the home. To be safe, though, home detection kits provides alerts over short and long term to be aware if radon exposure is too extreme in a building.

Lead paint, shower curtains, birth control, the list goes on and on about the things that have been claimed to give people cancer. Other stories claim one thing causes cancer, while the next thing cures cancer. All the claims come with varying degrees of plausibility. All told, anything can cause cancer. It has been often claimed that if a person lives long enough, they will eventually get cancer.

This isn’t to suggest that it’s futile to do anything, but a person needs to be aware of what risks are and take steps to protect themselves. A lot of people have false insecurities that the government will protect them.

The government and product developers do have a large responsibility to educate the public about potential dangers. However, things fall through the cracks and other things are disregarded, so it often takes a lawsuit and a series of health scares to make people aware, such as with talcum powder currently.

As a consumer, the best practice is to do some research on the products you regularly use. Don’t rely on others to save your life.